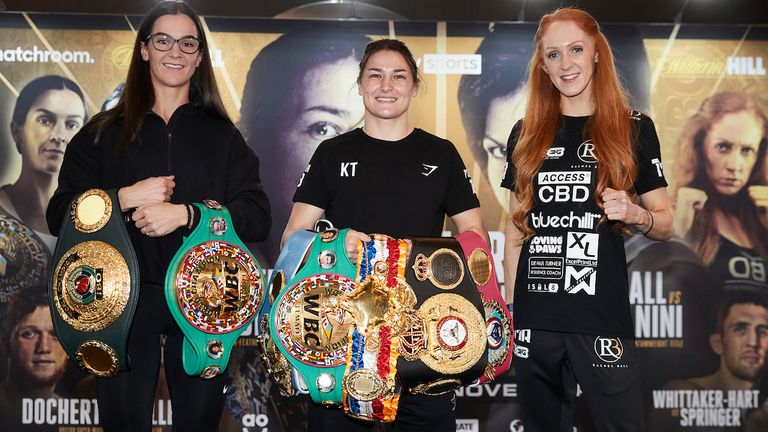 Katie Taylor will have more history-making opportunities to fight MMA rivals or unbeaten Americans if she comes through her latest world title defence tonight.

Taylor’s undisputed lightweight championship is on the line against Miriam Gutierrez on Saturday night, live on Sky Sports, with WBC super-featherweight champion Terri Harper and Rachel Ball also on the bill at Wembley Arena.

The esteemed career of pioneer Taylor has seen her win five amateur world titles, the 2012 Olympics gold medal, every major belt at lightweight and a super-lightweight title too.

"I never get sick of looking at all the belts." 🤩 @KatieTaylor pic.twitter.com/tnB7kyQZ8A “She wants the big tests, the big challenges,” her promoter Eddie Hearn said about what the future holds.

MMA fighter Cris Cyborg, seven-weight world champion Amanda Serrano and undisputed welterweight title holder Jessica McCaskill are high-profile rivals who would give Taylor the chance to add to her legacy.

“Cyborg can fight, she can box, she is heavy-handed,” Hearn said. “But she is heavy and that is an issue.”

Cyborg’s promoter Scott Coker said: “There is dialogue between Eddie Hearn and myself. We will continue talking.

“If Eddie Hearn wants to work out who is the top female combat star then maybe he should think about it.”

Hearn replied: “Return the favour in the cage? Unlikely! Katie is a pure boxer.”

Taylor addressed Cyborg: “If the fight was to happen, it would only be in the boxing ring.

“She is a name that has been thrown around and I’m very happy to step in the ring with her if she’s open to that.”

"The vision is equality!" 🥊 @EddieHearn says that he wants the sport to achieve 'real equality' and that tomorrow night is a 'major moment' for boxing pic.twitter.com/6499uxTKDm 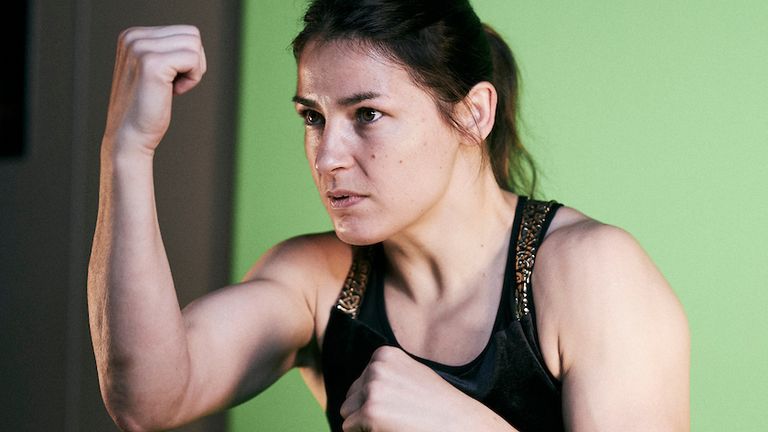 McCaskill has already been beaten by Taylor but has since gone on to cause a major shock by ending Cecilia Braekhus’ 36-fight unbeaten run to claim domination at welterweight.

“The winner of McCaskill vs Braekhus [in their rematch] will be the undisputed welterweight champion so it would be a clash between two undisputed champions,” Hearn said.

Liverpool’s Natasha Jonas has again emerged as a contender after her spirited performance in a draw against Terri Harper.

Jonas is still seeking revenge after she was eliminated from the 2012 Olympics by Taylor.

“Katie vs Jonas was always the dream match-up until Jonas lost to Viviane Obenauf,” Hearn said.

“But after a great performance against Harper, who knows?”

Joining our team this Saturday night! 🥊🎤@TashaJonas will be one of our pundits this weekend, keeping a close eye on Terri Harper & Katie Taylor 👀👀 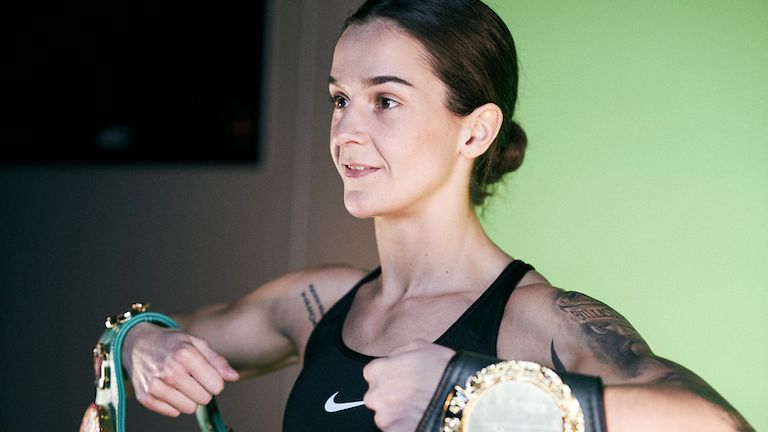 But she has been targeted all week on social media by Mikaela Mayer, an unbeaten US Olympian who owns the WBO belt in the same division.

“With Terri the aim is to unify and be undisputed,” Hearn said.

Harper threw down the gauntlet: “This is only the beginning for me. I want to get out there and fight the other champions, the best in my division.”

Mayer has been goading: “She’s just not ready to be holding that belt.

“Boxing is entertainment at the end of the day so why are we so caught up on protecting our record. Let’s party.”

The WBA champion in the same division, Hyun Mi Choi, has been signed up by Matchroom Boxing so is a viable opponent for Harper too.

But after only drawing her previous fight with Jonas, that is a fight that could be revisited.

“The public and fans would like to see the rematch,” Hearn said.

Will Rachel Ball remain on the rise? 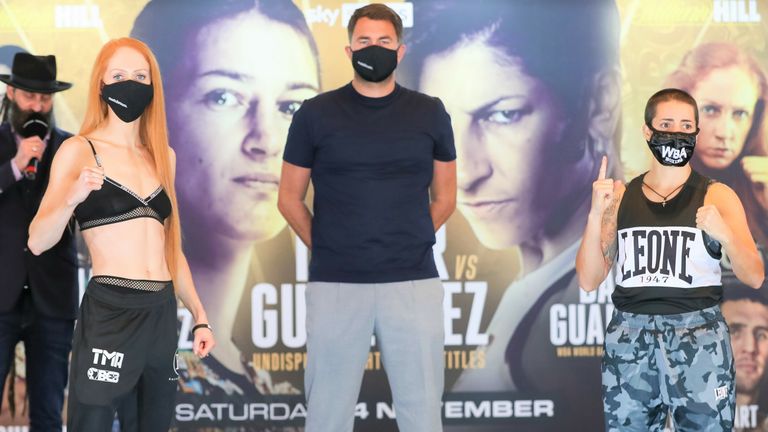 The NHS social worker and former kickboxer is a newcomer at the championship level – she knocked down and upset Shannon Courtenay in her previous fight to earn this chance.

“A win for Ball sets up a rematch,” Hearn said. “Courtenay was unlucky, I scored it a draw. If she wins [her next fight] she can look at the rematch with Ball.”

Watch Katie Taylor, Terri Harper and Rachel Ball this Saturday, from 7pm on Sky Sports, and the show is also streamed for free on YouTube, Facebook and skysports.com.