Tyson Fury’s professional resume is “laughable” when compared to Anthony Joshua’s, claims Eddie Hearn. Fury was set to face Agit Kabayel on December 5th, but that fight was scrapped over the weekend.

Fury and Joshua are both eager to secure a unification bout next year.

The two Brits share the heavyweight championship of the world, with Fury holding the WBC and Ring Magazine belts while Joshua has the WBA, IBF and WBO straps.

Fight fans have been pleading to see them trade leather for years now – dating back to before either held any of the heavyweight titles.

It seems they could meet in the summer of 2021 – potentially once fans are back in stadiums and arenas. 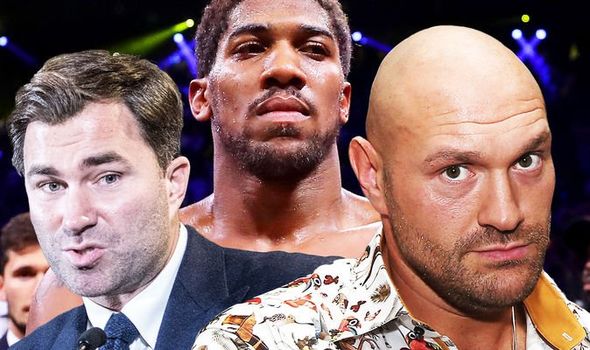 But first, they’ll both have to defend their belts one final time.

Joshua is set to take on Kubrat Pulev on December 12th in a mandatory defence of his WBA belt.

The Bulgarian was AJ’s opponent back in 2017, but the fight was pulled with just days to go after he suffered an injury, with Carlos Takam taking Pulev’s place.

Fury, on the other hand, was set for a voluntary defence of his straps against German underdog Kabayal.

That bout was scheduled to take place in London on December 5th, but was cancelled over the weekend. Instead, Deontay Wilder is taking legal action to ensure he gets another crack at the ‘Gypsy King’.

Wilder is the second active world champion on Fury’s resume after his dethroning of Wladimir Klitschko back in 2015.

And Hearn tore into Fury’s record while discussing the state of play with Joshua.

He explained that he feels Joshua’s resume contains a higher calibre of fighters, while criticising the quality of opponent during Fury’s comeback before winning the world titles. 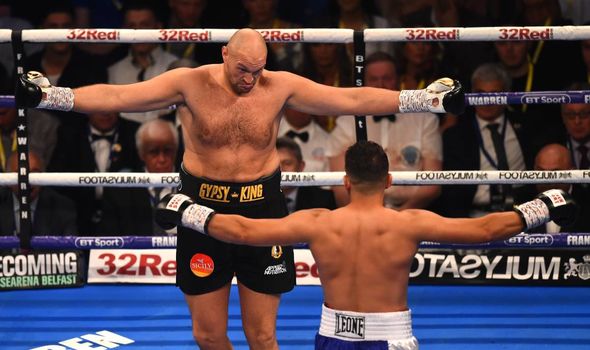 “It makes me laugh when people look at AJ’s resume,” Hearn said. “Maybe I’m seeing something other people don’t?

“These are consecutive fights. You don’t see Tom Schwarz, Otto Wallin, Sefer Serferi. Who is the other geezer? I can’t even remember his name, the Italian bloke? And then Agit Kabayel.

“I mean it’s laughable when you compare the two resumes, but it’s in black and white for everyone to see. 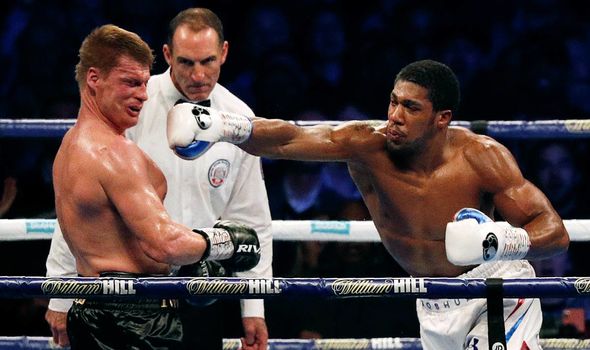 “Anybody, and now he’s doing it again, and that’s why when you talk about [Oleksandr] Usyk, he will fight Usyk no problems at all, but he wants to fight Tyson Fury.

“He wants to prove he’s the best heavyweight in the world and undisputed or not, we will do everything we can to make sure it is.

“Not one person can have any doubt after that fight, who the baddest man on the planet is.”

Tags: autoplay_video, B, boxing, sports
You may also like:
Recent Posts
This website uses cookies to improve your user experience and to provide you with advertisements that are relevant to your interests. By continuing to browse the site you are agreeing to our use of cookies.Ok