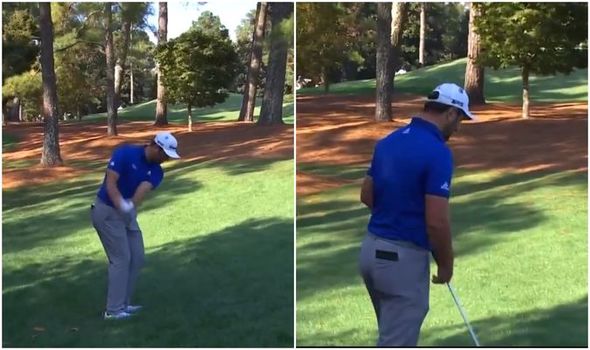 Jon Rahm’s chances at winning The Masters took a huge blow on Saturday evening as the contender shot a horrific double-bogey on the eighth hole. Rahm sliced his fairway shot wide before hitting his follow-up into a tree.

Rahm had been one of the leading contenders for the Green Jacket this week.

The Spaniard had made headlines earlier this week after hitting a terrific hole-in-one during the practice rounds.

He skimmed the ball three times off the water on the 16th hole three times before it rolled into the hole.

That shot was his second hole-in-one in just two days, having hit a similar shot during Monday’s practice round. 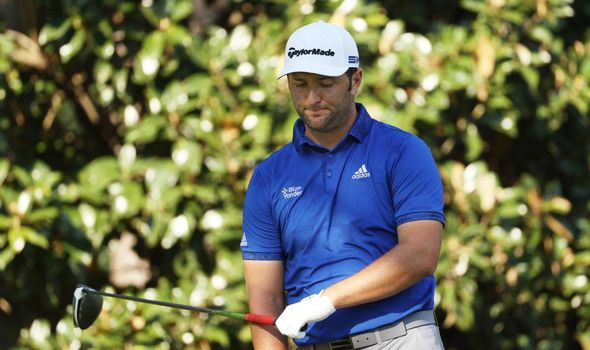 Going into Saturday’s round, Rahm had been playing well and was just one shot off the lead.

He was tied for fifth along with Patrick Cantlay and Sungjae Im.

However, he lost his place in the leaderboard after he hit two of the worst shots of his career.

On the eighth hole, Rahm hit a shot off the fairway straight into the rough to the left of the fairway.

Luckily for Rahm, there are no fans in the area as the ball soared into the rough on the left side of the fairway after barely leaving the ground.

The Spaniard was clearly frustrated and could be heard shouting: “Oh my god. That thing didn’t even get off the ground. Are you kidding me?”

He then followed it up with another poor shot as he attempted to save himself.

Rahm tried to chip the ball back onto the fairway, but his shot clattered straight into a tree and rebounded back past him. 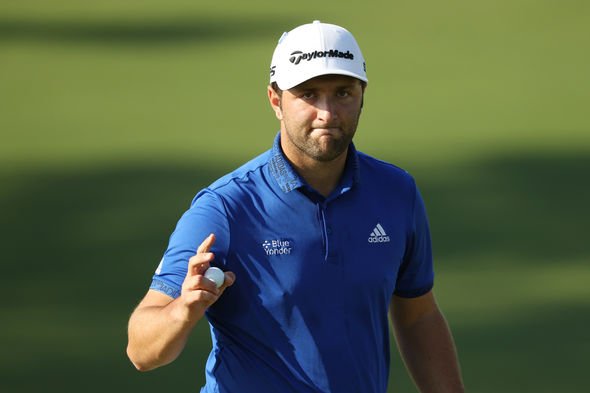 The ball narrowly missed a set of officials, nestling deep into a bush.

Rahm took a drop shot before finding the green and two-putting for a double-bogey of 7.

That meltdown dropped him to six behind Dustin Johnson, who was leading at the time.

Rahm, visibly annoyed at himself, said little to his caddy before walking over to the bush to attempt to find the ball.