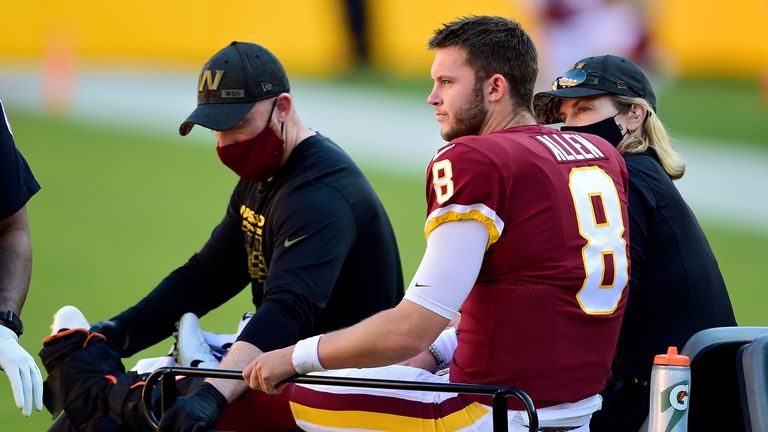 Washington Football Team quarterback Kyle Allen dislocated his left ankle and sustained a small fracture during the first quarter of his team’s 23-20 loss to the New York Giants on Sunday.

Allen suffered what is expected to be a season-ending injury with 1:04 remaining in the first quarter and is set to undergo an MRI scan on Monday.

The injury occurred as he was sacked by New York safety Jabrill Peppers, who apologised for the leg-whip and insisted there was no intent to injure Allen. Peppers was handed a roughing the passer penalty.

The initial diagnosis on Washington QB Kyle Allen is a dislocated ankle, but only a small fracture, source said. A significant injury, but somewhat better than it looked initially on replay.

“Everything happened so fast,” Peppers said. “I tried to just bull rush the running back, but he kind of got under me a little bit and I tried to like spin out of it. It was a weird kind of play. I didn’t intentionally try to leg whip him or whatever the penalty was. I was just trying to play hard and get him on the ground.”

Washington coach Ron Rivera, a former NFL linebacker, said he had no issue with Peppers.

“I get it. I’ve been there in that situation. Peppers is a heck of a football player. He plays 100 miles an hour.” 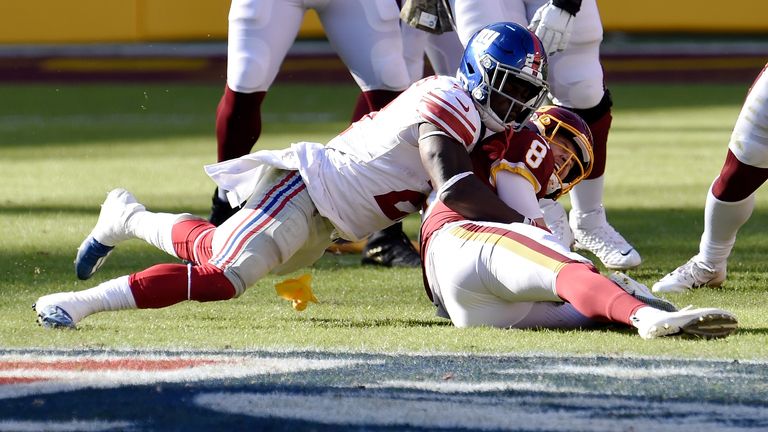 Allen’s injury made for an emotional moment for Alex Smith, who returned to action from his own serious leg injury last month after sustaining a compound fracture of his right tibia and fibula in November 2018.

“A ton of emotions going on for me right then,” Smith said. “I knew Kyle was down and knew it was serious once he stayed down. You get ready to roll and all of a sudden you see them bringing out an air cast and the cart. I know that routine well. I’m trying to lock it in, but feeling for Kyle.” 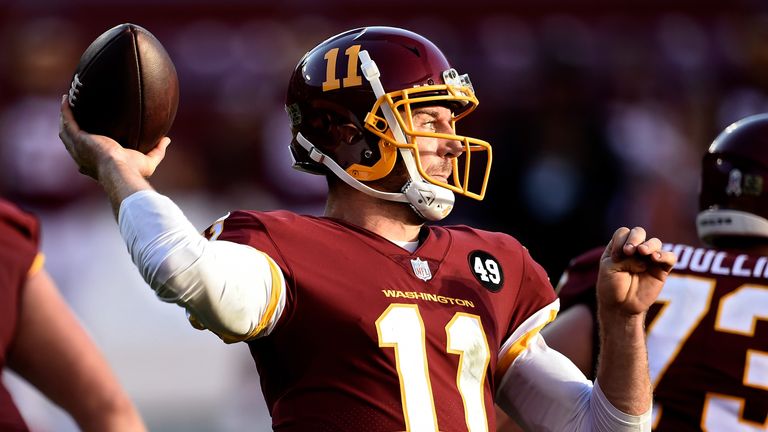 Allen raised his arm to acknowledge the crowd as he was taken off the field. The 24-year-old completed 5 of 7 passes for 62 yards before exiting and was making his fourth straight start since replacing Dwayne Haskins, who was inactive.

Smith completed 24 of 32 passes for 325 yards in relief but was also intercepted three times.

However, with 10:24 left in the game, Smith connected with Terry McLaurin on a 68-yard score marking Smith’s first touchdown pass thrown since November 11, 2018.

Rivera announced after the game Smith will start against the Detroit Lions next Sunday. It will be Smith’s first start since November 18, 2018.