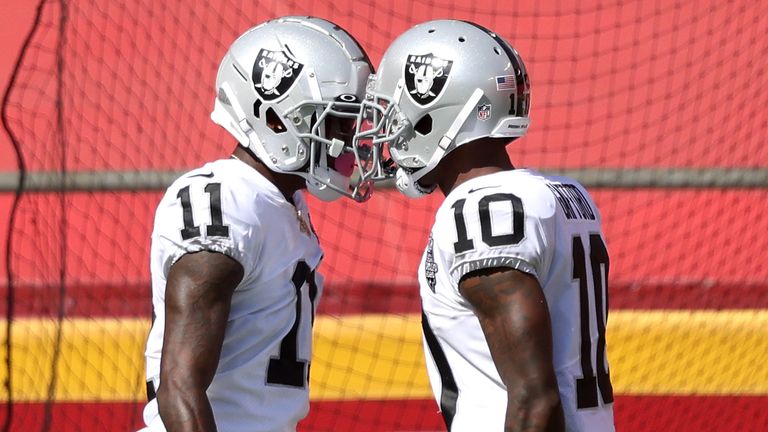 The Las Vegas Raiders put up 490 yards of total offense and 40 points as they outpaced Patrick Mahomes and the Kansas City Chiefs at Arrowhead Stadium.

Derek Carr threw for 347 yards and three touchdowns, while Josh Jacobs added two scores on the ground as the Raiders (3-2) handed the Chiefs (4-1) their first loss of the season.

After an early Mahomes to Tyreek Hill deep strike was called back due to a penalty, the Raiders opened the scoring with a methodical, 11-play, 75-yard drive that led to a Daniel Carlson 38-yard field goal.

From there, the fireworks began.

Travis Kelce was involved in the Chiefs’ first scoring drive before Mahomes took it in himself from three yards out to cap a nine-play, 88-yard drive for KC as the first quarter drew to a close. 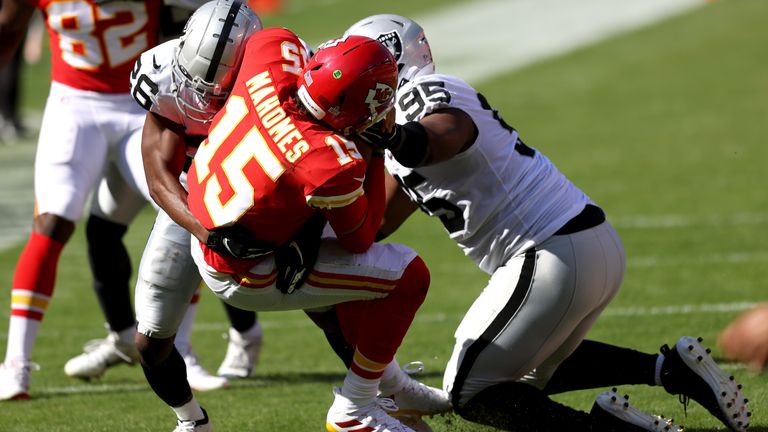 Derek Carr’s first interception of the season – made by Bashaud Breeland on his return to the Chiefs from suspension – then gave Kansas City a short field and they capitalised with a 10-yard Tyreek Hill run.

However, Carr responded in fantastic fashion, tossing three touchdowns before half-time. First, he launched deep down the middle of the field for Nelson Agholor to haul in a 59-yarder.

Then, after Sammy Watkins had extended the Chiefs’ lead to 11 again with an eight-yard touchdown catch from Mahomes, Carr found his tight end Darren Waller from five yards out to keep them close.

The Raiders then took the lead as rookie wide receiver Henry Ruggs made the biggest play of his young career. On third-and-two, Ruggs got vertical and beat his defender deep, and Carr capitalised for a 72-yard touchdown and a 24-21 lead. 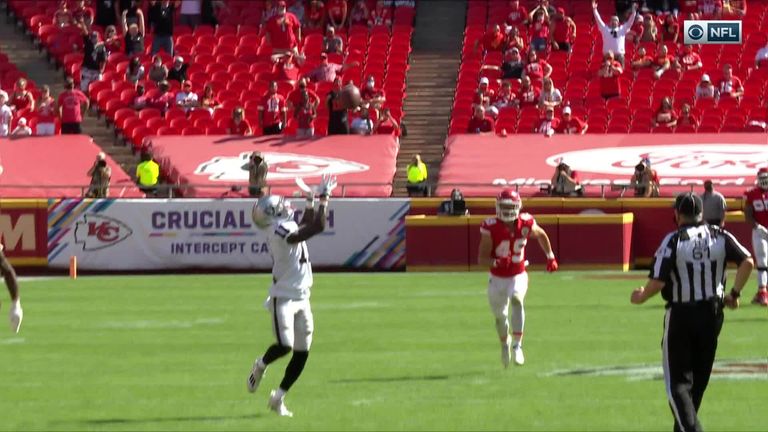 But there was still time for the Chiefs to put together a drive before the half, and Harrison Butker’s 32-yard kick tied the game.

The teams exchanged two punts each in a cagey start to the third quarter, but the Raiders took eight minutes off the clock with a 13-play drive that bridged the third and fourth quarters and ended with Josh Jacobs powering in from seven yards out. Carlson’s missed extra-point attempt kept the Chiefs within six, down 30-24.

Maxx Crosby’s sack forced Mahomes and company to give the ball back and with it, Carr had another fantastic drive. On third-and-18, he found Hunter Renfrow for a huge 42-yard gain, and that led to another Carlson field goal and a nine-point lead.

In desperation mode with five minutes left, Kansas City chose to throw the ball on fourth-and-7 from their own 28, but Jeff Heath intercepted Mahomes, took the ball 47 yards the other way, and Jacobs added his second score of the day, putting Las Vegas over 40 points on the day.

With Mahomes at the helm, Kansas City should never be ruled and with four minutes left, they mounted a comeback of their own as he found Travis Kelce from seven yards out and converted the two-point attempt.

However, a bold call by Jon Gruden on fourth-and-one just after the two-minute warning saw Carr sneak for the first down and secure a Raiders win.