Lewis Hamilton’s dominance of F1 makes other drivers in the sport jealous, according to Lando Norris. The Brit is on the cusp of winning his seventh F1 Drivers’ Championship. And, should he do that as expected, he’d draw level with the legendary Michael Schumacher.

Hamilton could win a seventh title at the Turkish Grand Prix this weekend.

Hamilton’s F1 rival Max Verstappen recently expressed a belief that the 35-year-old has only won so many titles because he’s been racing with Mercedes, something he’s since backed down on.

And Norris, in an interview with UOL, believes Hamilton’s success makes other drivers jealous.

When asked if he’d beat the Brit in a race during his prime, he said: “It’s something I can’t answer until it happens.

“I’m sure every driver on the grid wants to do the same thing because everyone knows Lewis is probably one of the best drivers of all time in F1. 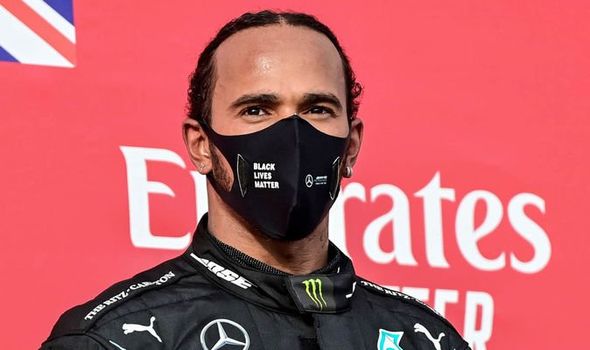 “And everyone is jealous of his position, winning all these races. It’s the position everyone wants to be in.

“But it’s not something that can be answered. I’m sure some will say ‘me, of course’. But I’m not that kind of over-confident guy. One day, maybe, we’ll find out. I would love for that to happen.”

Norris also insisted his criticism of drivers didn’t reflect his true nature, with the 20-year-old adding: “I feel like I try to be a nice person and do the right things.

“I get angry, as everyone else gets. My radio message [about Stroll] was the emotion of wanting to do well and score points for the team and someone goes there and ruins it.

“Of course I get angry and say the things I said. I understood that people were angry with me, but I’m sure everyone gets angry with someone else.

“Just because I talked on TV, people make comments and pretend they are superheroes who would never say something like that. And we know that’s a lie. 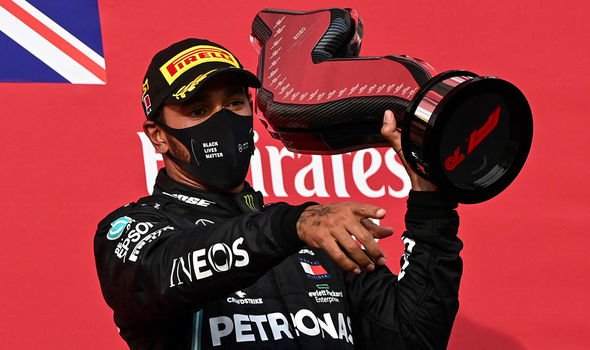 “People always think we are heroes in F1 and maybe some are. But I’m just a normal guy who gets mad when someone ruins my race and gets angry when people make comments that you wouldn’t want them to do.

“Sunday at the Portuguese GP was one of those days, when I was reading the comments. When I spoke, my idea wasn’t to be negative, I didn’t want to hurt anyone. It was my opinion.

“Sometimes when you speak, you don’t think how people will interpret it. It wasn’t my intention. I’m a nice guy – I try to be a nice guy – and don’t want to direct hatred towards anyone. I may be angry with someone but I wish nothing bad for anyone.”

Meanwhile, Hamilton has been tipped to extend his stay with Mercedes before retiring next year.

“In short, I can’t see Lewis leaving Mercedes,” Chilton wrote in his column for GQ Magazine.

“Lewis clearly wants a record 8th world title, and the best place for that to happen is with Mercedes.

“They have the best car, so why would he want to bring this record-breaking partnership to an end?

“We have seen this season that the only driver who has put him under pressure is his teammate Valtteri Bottas, so why give up that advantage?

“What I can see happening is Lewis doing one more year with Mercedes, winning that record-breaking 8th title, and then retiring.

“I can’t see him following Fernando Alonso in trying to win the triple crown and competing in Le Mans, Dakar and the Indy 500. I also can’t see him going to Ferrari like so many champions before him.

“What drives Lewis on, race after race, season after season, is an unmatched competitive spirit – and if the car is not performing to his expectations, it could quickly turn into a nightmare.

“You only have to see what has happened to Sebastian Vettel to see why a change may not be a good thing. Retire at the top, retire as the greatest. That is what I hope he does.”

Tags: autoplay_video, Lewis Hamilton
You may also like:
Recent Posts
This website uses cookies to improve your user experience and to provide you with advertisements that are relevant to your interests. By continuing to browse the site you are agreeing to our use of cookies.Ok