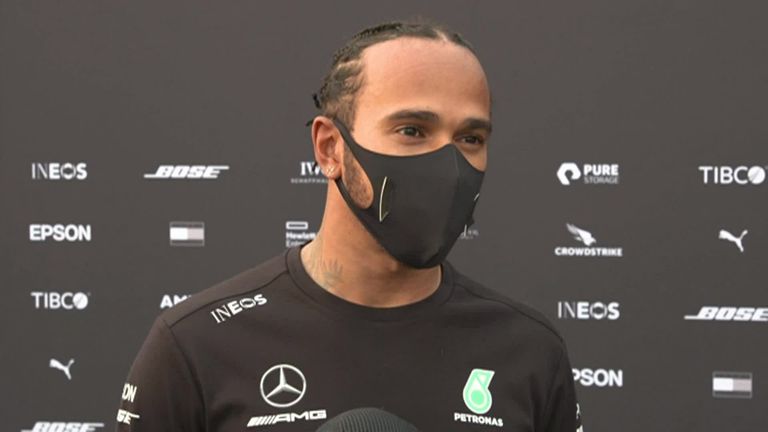 Lewis Hamilton described the challenging track conditions on F1’s return to Istanbul Park as a “bit of a disaster” – as drivers likened the track to an “ice rink”.

The combination of chilly November temperatures in Turkey, hard Pirelli tyres for a track with fast corners, and a new track surface laid just two weeks ago led to an unusual Friday practice.

Hamilton was fourth on the afternoon timesheet when Mercedes were outpaced by both Red Bull and Ferrari and expressed his dismay at the track conditions.

“It was a bit of a disaster today, to be honest,” said Hamilton, who could clinch his seventh world title in Sunday’s race.

“This track is such a fantastic circuit and I really don’t fully, fully understand when they spend millions to redo a surface of a track. I know it had been sitting around for a long time [without any racing] so they probably could have just cleaned it maybe instead of waste all the money. 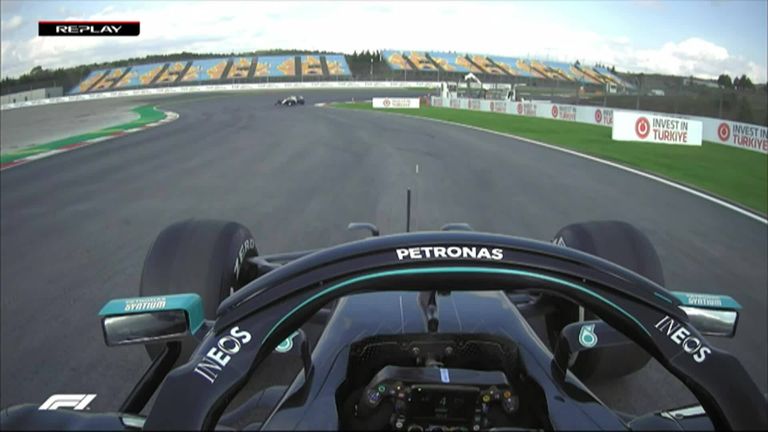 “And now the track is worse than Portimao was when we had the brand-new surface there. So for us at least the tyres aren’t working. You see it, it’s like an ice risk out there so you don’t get quite the enjoyment of the lap you would normally get of Istanbul. I don’t see that changing.”

He added: “It’s terrifying the whole way around. It’s almost like there’s wet patches all over. As you’re on the slicks, you’re accelerating and it just goes so fast because you’re way, way below the temperature window.”

Red Bull’s Max Verstappen set the pace in both sessions and said: “Even in P2, it’s still very low grip. It’s a bit of a shame. Worse than Portimao, by far. We’re still miles off, it’s still like driving on ice.

“I hope it’s not going to rain because then it will be like properly driving on ice, then maybe we have to switch to spikes or something on the tyres – that would be quite interesting!” 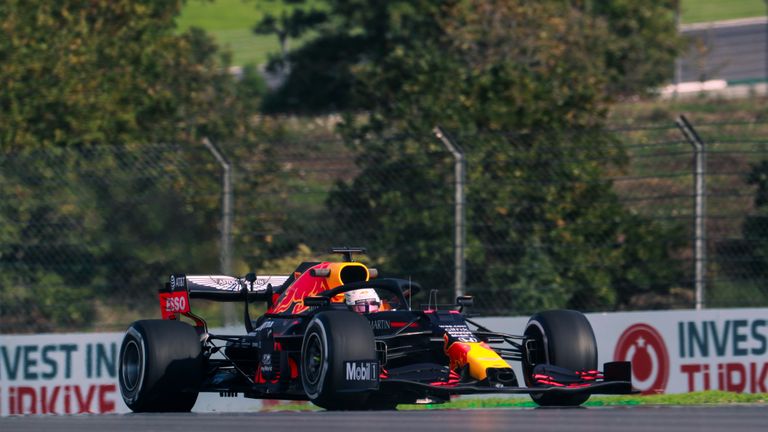 McLaren’s Carlos Sainz described it as “the strangest Friday I’ve ever done in my life”, while Alex Albon remarked: “It’s like an ice rink. It’s weird because it’s not a normal feeling, it’s like we’re driving a drift car and we’re just sliding around which is in a way fun, but also not what an F1 car is normally like.”

Lando Norris, who turned 21 on Friday, said it was difficult to keep the car on track at certain points of the lap – but did admit it was “fun”.

“It was drift school today – that was my birthday present. It was my first day of drift school ever so it was nice, a bit tricky in a Formula 1 car!” he said.

“A lot of power, a lot of downforce and big snaps. Most laps you’re ****ing yourself a bit, especially the high-speed Turn 8 and so on. It’s tricky, but also a lot of fun.

So what does it mean for the weekend?

With conditions only expected to get cooler into the weekend, and no support-races on the bill to help improve grip levels, the struggle for drivers to generate temperature in their tyres is likely to remain a big theme.

Drivers were taking numerous laps to do so with the soft tyres on their qualifying simulations in P2, with Verstappen and second-fastest Charles Leclerc for Ferrari faring better than either Mercedes.

Hamilton said: “I’ve not really changed a single thing with the car today because if the tyres aren’t working you don’t really know what the balance issue is. It’s literally just tyres.

“But you see other people are getting them to work. You can go from one lap to the other and all of a sudden you find a second because the cars worked in a couple of corners.

“You can see the Red Bulls are doing really well with it and we’ve definitely got some work to do tonight to try and figure out what we can change. It will be difficult for the fans to understand because there are some fundamental things you can’t change on the car. We just have to try and do the best job we can.”

Alex Albon, who finished fifth fastest in the second session after leading the early phase, said: “I don’t know what we’re going to do for qualifying, whether we all just go out on the green light and just drive around on softs the whole time and do a race run.

“That’s kind of what it feels like everyone is going to doing.”

The TV times for the Turkish GP

With a three-hour time difference between the UK and Turkey, it’s the earliest start times of the reshaped season this weekend for live coverage on Sky Sports F1.