Hotshots Jack Willis and Ollie Lawrence will make their first England starts against Georgia on Saturday.

Eddie Jones has named the youngsters in a re-jigged starting XV for the opening weekend of the Autumn Nations Cup.

Willis will make his debut at openside flanker, while Lawrence starts in the No 13 jersey after playing a cameo role against Italy. 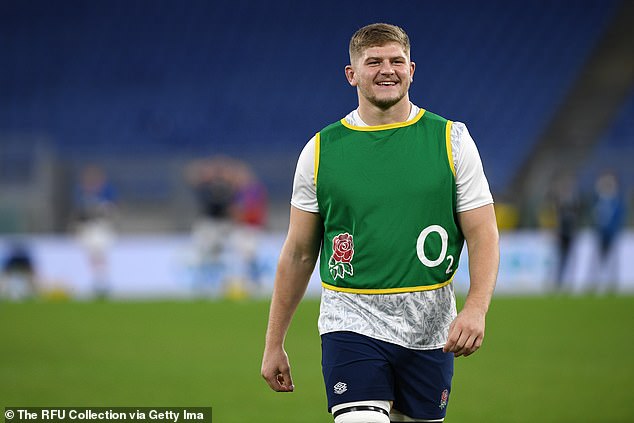 The duo will be surrounded by experience at Twickenham, where Owen Farrell will continue to lead the team from No 10 in the absence of George Ford.

‘We’ve had a really good week of training,’ said Jones. ‘We know there are a lot of expectations on us and we’ve applied ourselves hard and put a lot of pressure on ourselves in the early part of this week.

‘Georgia will be a tough opponent, so we have a team with some real power in midfield. We have a good mix of youth and experience across the squad and they are completely focused on putting in an excellent performance on Saturday.

‘We’re looking forward to being back at our home at Twickenham, we are humbled by the opportunity and want to give people a reason to smile during such a tough time for the country.’

Despite rotating his line-up, Jones’ pack is loaded with experience. 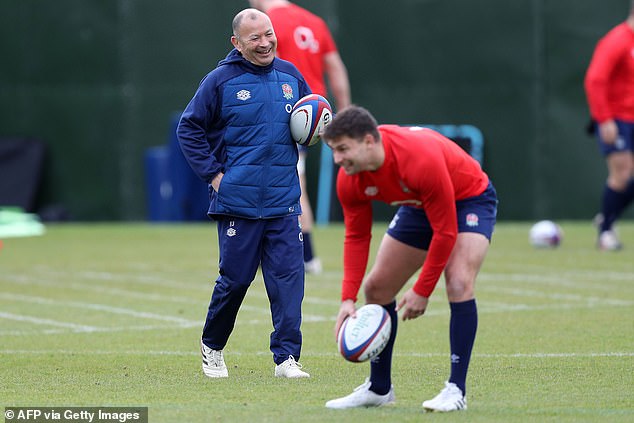 Saracens trio Jamie George, Maro Itoje and Billy Vunipola all retain their place in the pack. Itoje, however, has been shifted to blindside flanker, with Sam Underhill rested and Tom Curry named on the bench.

Despite speculating around the idea of introducing hybrid players, Jones’ selection has remained conventional.

Jonny May and Jonathan Joseph start on the wings, with Elliot Daly returning from injury at full-back.

Ben Youngs will earn his 101st cap at scrum-half ahead of Dan Robson – and Henry Slade will partner Lawrence in midfield.

Versatile back Max Malins could also make his debut, having been named on the bench.