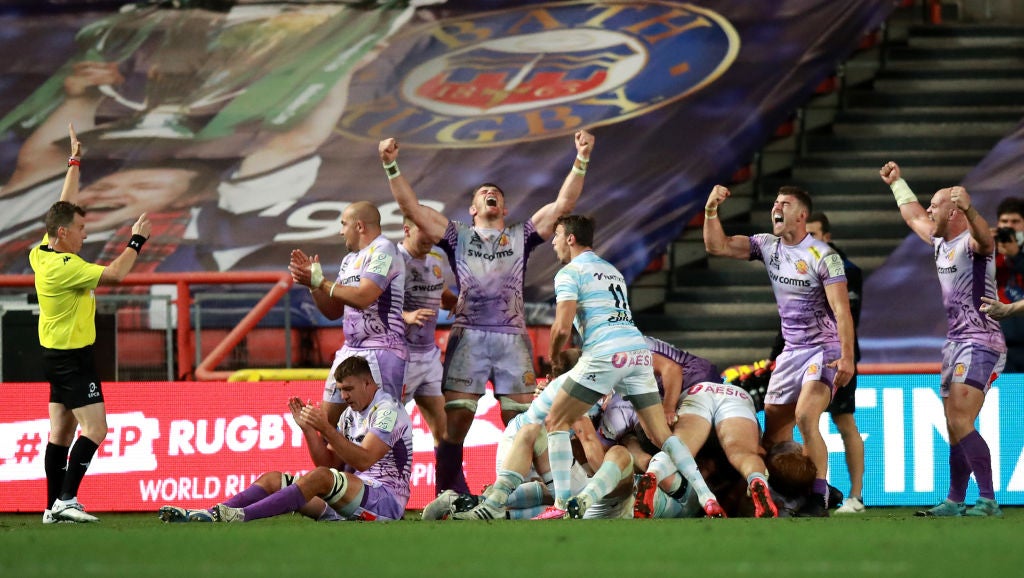 Racing were right back in the contest and Exeter needed to reassert themselves. Unsurprisingly, their forwards again came up trumps. The French side were once more powerless to stop drive after drive and this time it was Williams who prospered, with Joe Simmonds’ conversion making it 21-12 at half-time.

But Racing struck first in the second period, taking less than three minutes before Zebo arrowed over for another score and became only the fourth player to score two tries in a Heineken final.

It was a wake-up call for Exeter, yet they replied rapidly after wing Jack Nowell intercepted Russell’s ambitious pass 20 metres from his own line and found a supporting Slade, who scored and Joe Simmonds converted.

Back came Racing with a close-range score by Chat – Machenaud converted – and the game entered its final quarter with 52 points and eight tries scored.

A Machenaud penalty made it a one-point game with 15 minutes left, then Francis was yellow-carded, Joe Simmonds struck his clinching penalty and Exeter prevailed following an anxious wait before the whistle.