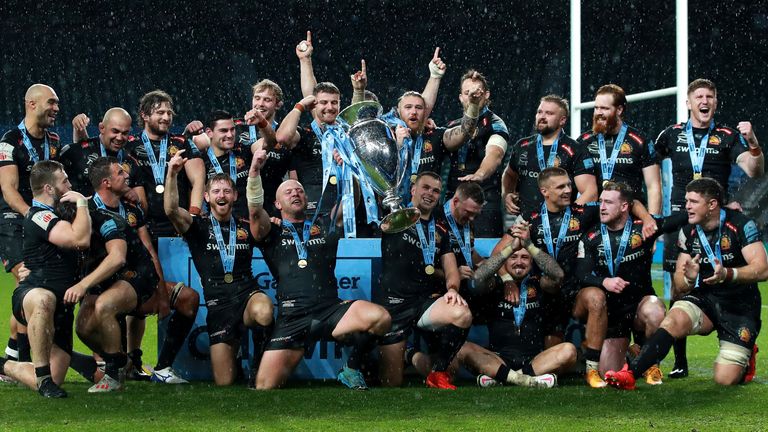 Exeter resume Premiership business just 27 days after winning the title and completing a domestic and European double, and they head to Harlequins minus players including Jack Nowell, Stuart Hogg, Henry Slade and Jonny Gray.

In Friday’s other game, Sale Sharks will retrain their sights on the Gallagher Premiership play-offs this season after seeing their title ambitions dashed by a Covid-19 outbreak last term as they face Northampton.

New Harlequins captain Stephan Lewies will lead his side into the new season against Premiership champions Exeter. Lewies is partnered in the second-row by Matt Symons, while other starters include Alex Dombrandt, Danny Care, Marcus Smith and Mike Brown.

“We are looking forward to Friday, but so we should be,” Exeter rugby director Rob Baxter said.

“People say it’s going to be tough for us having a short break, but I actually think not having that lengthy period off may work for us because we’ve just been able to come straight back into things.

“For all of us, this is an exciting time and I expect the guys to throw everything into Friday’s game.

“At the end of the day, we are champions of England so it would be criminal if we didn’t throw everything into it.”

👊 @lewies4 captains Harlequins for our opening game of the season. 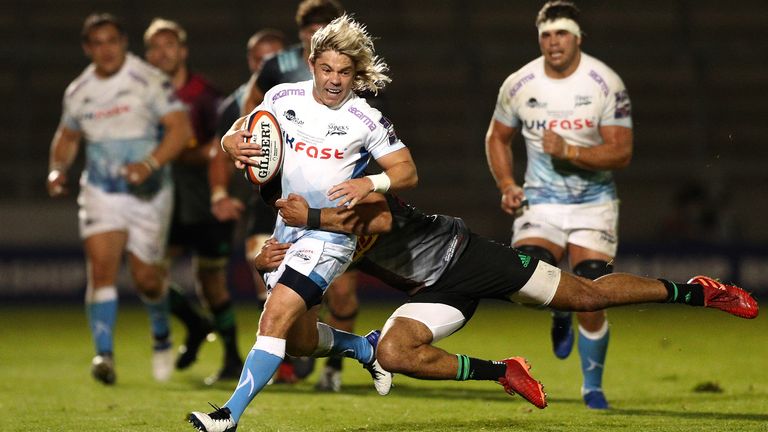 World Cup-winning scrum-half Faf De Klerk spearheads a powerful Sale side for their league opener against Northampton. De Klerk is partnered at half-back by AJ McGinty, while Simon Hammersley starts on the wing with Luke James at full-back. England commitments rule out flanker Tom Curry, and centre Manu Tuilagi is injured.

The Sharks were forced to forfeit their last match of the 2019-20 campaign against Worcester in October after a total of 27 players and staff members tested positive for coronavirus, which meant Sale finished fifth and missed out on the play-offs.

But they have been strongly backed for another tilt at silverware, being installed as second-favourites behind Exeter.

Great to see Wiese back and starting. Hammers on the wing is interesting. Can't wait. Say-ull!!! https://t.co/b8VMlXZahB

“We’ve got to be ambitious, thinking top four, and once you get in the top four, it’s a different competition,” Sale rugby director Steve Diamond said.

“The big thing for me is the start. We are not looking past the first game.

“We are at home, and we know we are good at home. We’ve trained well over the last two weeks and it’s looking like a very blustery and wet night on Friday, which I do like in Manchester.

“I think it will be a tighter season this year – it won’t be a one-horse race by any stretch of the imagination.

“There are clubs that have recruited pretty well who will make some shock results.”

Back at it again.

Your Saints for our @premrugby opener under the lights in Sale ✨ pic.twitter.com/mVCPMBxuYm

Prop Alex Waller makes his first competitive appearance for nine months after recovering from an Achilles injury, while Nick Isiekwe earns a chance in the back-row alongside Tom Wood and Teimana Harrison. England international George Furbank starts at full-back, with Piers Francis and Matt Proctor teaming up in midfield.

Tags: Aviva, Premiershi, Sky, sports
You may also like:
Recent Posts
This website uses cookies to improve your user experience and to provide you with advertisements that are relevant to your interests. By continuing to browse the site you are agreeing to our use of cookies.Ok