Eddie Jones and captain Owen Farrell were united in their appraisal of Saturday’s match against Georgia as being ‘tough’, despite England winning 40-0 and being in control for almost all of their opening Autumn Nations Cup encounter.

‘Good tough game. Georgia obviously came out and wanted to play a certain way, and we wanted to prove a point that they wouldn’t be able to out scrum us,’ Jones said. 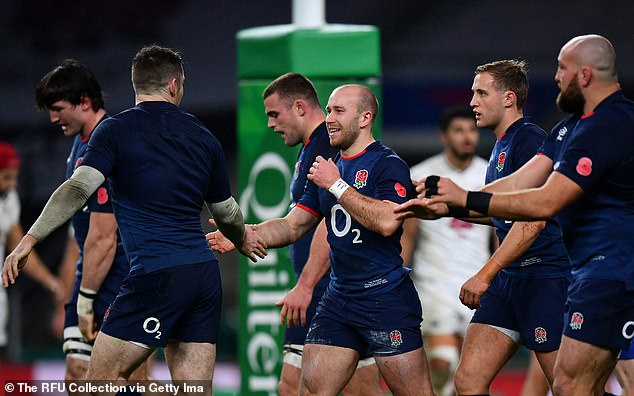 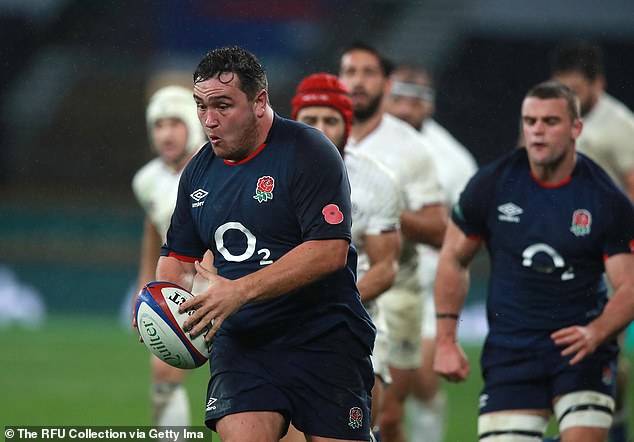 Jamie George led the England dominance with three tries, as the visitors proved no match 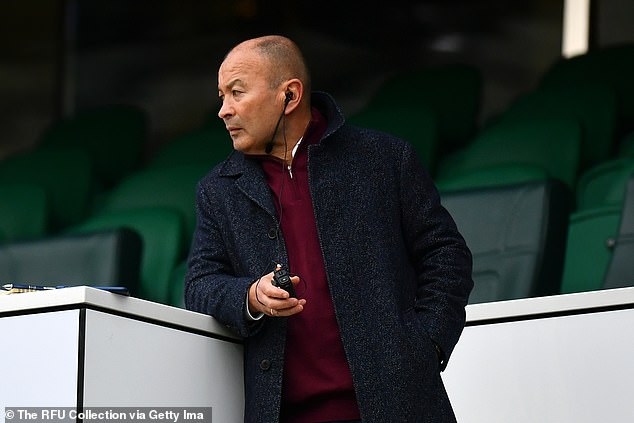 ‘We always want to win the forward battle but we especially want to win it against Georgia. We wanted to make a point that we weren’t going to be stood over and we did that.

‘In these conditions if you get an opportunity to keep the ball, it’s a way of scoring tries. We are used to playing any conditions and we can adapt to whatever is going on.’

Farrell was singing from the same hymn sheet when he said: ‘Tough conditions against a tough opposition. When the weather is like this and it’s an up-front challenge against Georgia it is tough, but I thought the forwards stood up to it. 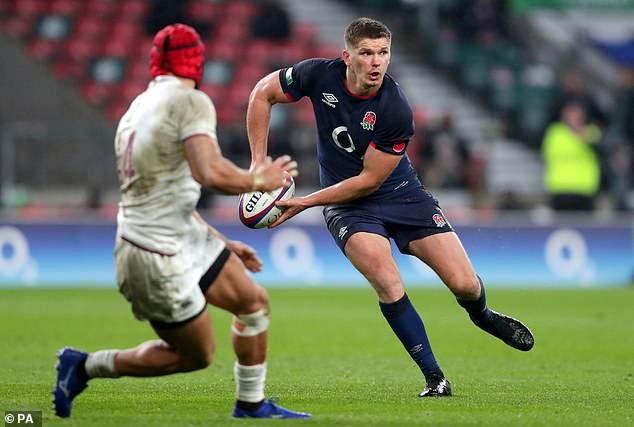 Owen Farrell wants to see England be more clinical, with the skipper wanting even more tries

‘There was a lot of good stuff out there but we will take a look at being more clinical.’

Willis and replacement fullback Max Malins made their debuts on Saturday, while there was a first start for centre Ollie Lawrence and prop Willie Stuart and new combinations throughout the team. Some worked better than others but Jones was pleased to have been able to further expand his player pool.

‘There have been six new caps in last two games so we’ve got a good group of young players coming through,’ Jones said. 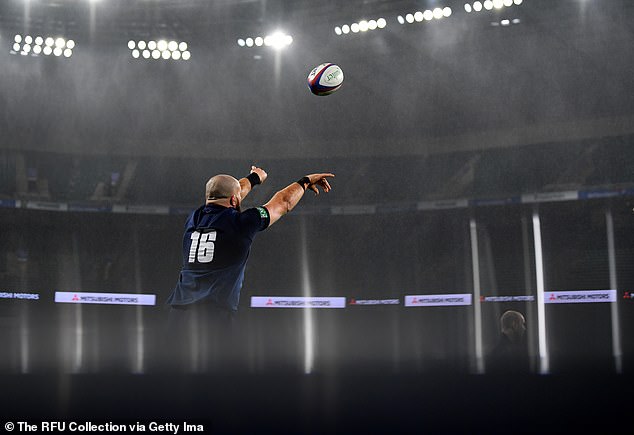 ‘We are trying to create depth in every position. Jack and Max showed they are capable of playing test rugby, so now they have to fight hard to keep getting selected.’

Ireland, who began their campaign with victory over Wales on Friday, will bring a different challenge next week and Jones is already planning for it.

‘We have to look at today in the context of the game,’ he said. ‘There were 18 scrums and 12 mauling contests, which is unusual in test match rugby, probably 250 percent more than you normally get.

‘The game against Ireland isn’t going to be like that so we have to rethink how we select the team.’