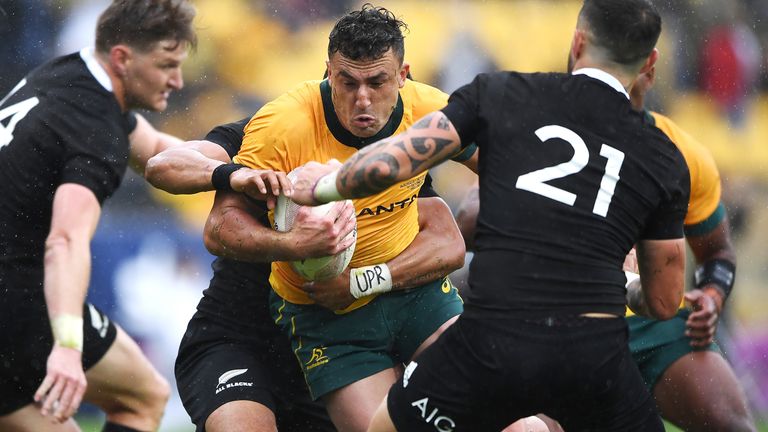 All Blacks winger Jordie Barrett slotted a 78th-minute penalty to snatch a 16-16 draw against Australia in their first Bledisloe Cup Test on Sunday.

Wallabies replacement Reece Hodge had the opportunity to win the game in the second minute of injury time with a massive penalty that struck the posts, sparking a virtually continuous passage of play that lasted another seven minutes.

James O’Connor had slotted a 74th-minute penalty to give the Wallabies a 16-13 lead and hope of ending a 19-year losing streak in New Zealand.

The Wallabies have not beaten the All Blacks in New Zealand since a 23-15 victory in 2001 in Dunedin. 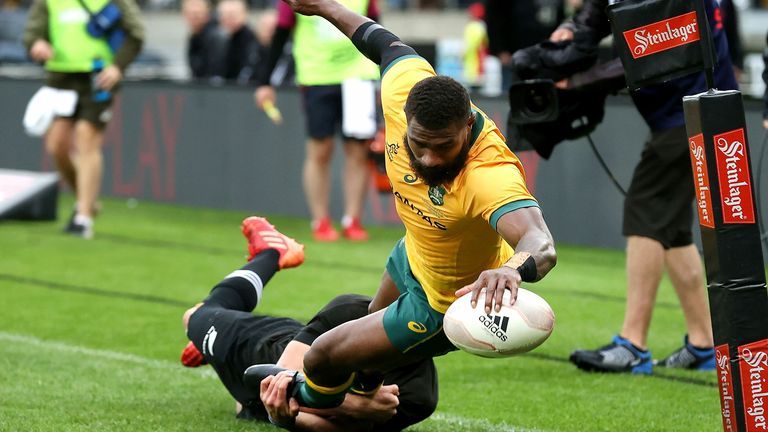 It was just their eighth draw in 167 clashes.

The game was the first rugby Test since March because of COVID-19 restrictions, and the first for new All Blacks coach Ian Foster and his Wallabies counterpart Dave Rennie.

The Wallabies had the most possession and territory throughout the match. The All Blacks had to rely on their counterattack to open their account with Barrett finishing off a sweeping 70-metre movement for the only try of the first half. 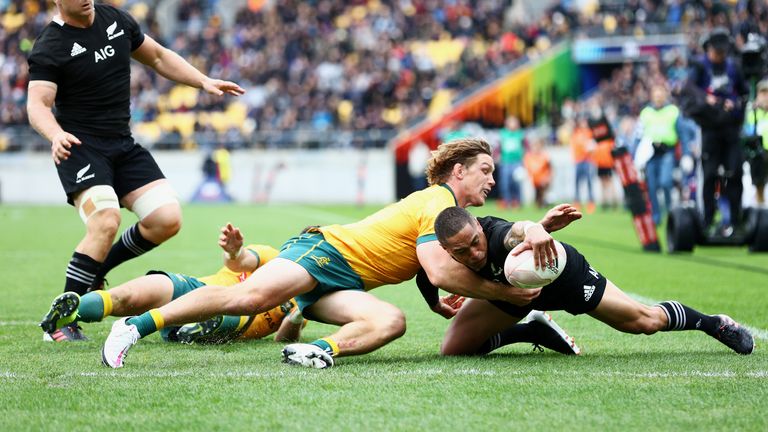 The All Blacks should have been up 15-3 at the break, but Rieko Ioane dropped the ball while attempting to put it down after they had turned over possession from a Wallabies’ attacking lineout to leave the score 8-3 at half-time.

Aaron Smith extended the lead to 13-3 early in the second half before Marika Koroibete and Filkipo Daugunu crossed to level the scores with less than 20 minutes remaining. 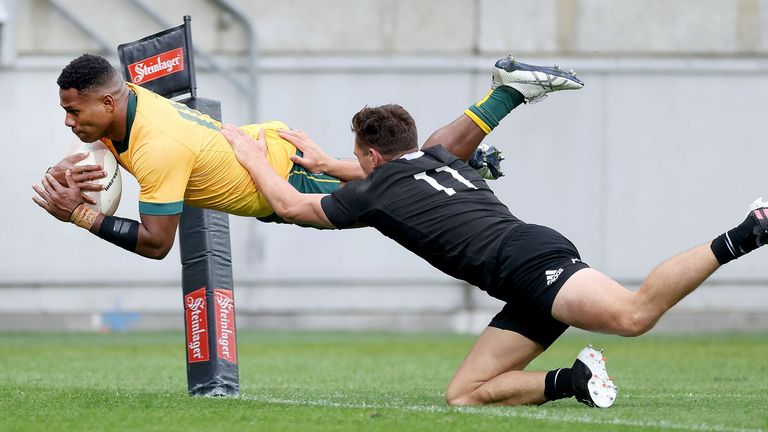 O’Connor and Barrett kept the game locked before the drama was ramped up when Hodge’s penalty hit the post.

The All Blacks had several opportunities to attempt a drop goal that would have won the game but did not take it.