Ollie Watkins scored twice as an abject Arsenal were soundly beaten 3-0 by Aston Villa at the Emirates.

The visitors might have been ahead after just 47 seconds when John McGinn’s strike was disallowed for offside upon VAR review with Ross Barkley deemed to have been in Bernd Leno’s eyeline.

But the reprieve was short-lived as Bukayo Saka inadvertently stabbed Matt Targett’s cross into his own net (25).

Watkins – a boyhood Arsenal fan – then took centre stage with two well-taken finishes (72, 75) to complete a fine away victory and a statement of intent from Dean Smith’s men.

The result moves Villa up to sixth in the table while Arsenal slip to 11th. Man of the match: Ross Barkley.

Back to the drawing board for Arsenal

Victory at Old Trafford last weekend was another step in the right direction under Mikel Arteta, and the Spaniard would have expected his side to build on that morale-boosting result against favoured foes.

The Gunners had won their previous three home league games against Villa by an aggregate score of 12-2 – but they nearly made a nightmare start.

Inside 47 seconds, Villa thought they had opened the scoring inside the opening minute of the contest when John McGinn brilliantly lashed home from inside the box. 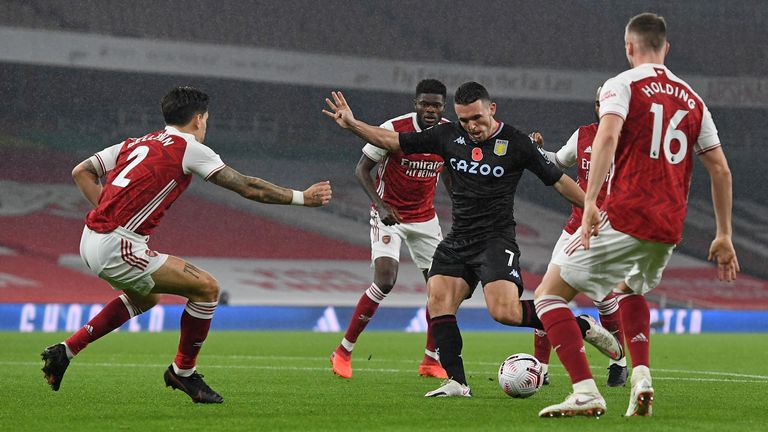 The goal was eventually ruled out, however, after a VAR check that lasted three minutes and 44 seconds deemed Ross Barkley had been standing offside and blocked Bernd Leno’s view of the strike.

Arsenal boss Mikel Arteta reverted back to the team that beat Manchester United as Aston Villa travelled to the Emirates Stadium. The likes of Pierre-Emerick Aubameyang, Alexandre Lacazette, Thomas Partey and Gabriel Magalhaes returned after being rested for the 4-1 Europa League win over Molde on Thursday.

Villa goalkeeper Emiliano Martinez lined up against his former side for the first time following his summer move to the West Midlands. Dean Smith made just one alteration from the 4-3 loss at home to Southampton as Trezeguet replaced Bertrand Traore.

The hosts were struggling to keep things tight at the back and Villa soon took the lead as Jack Grealish and Barkley combined to free Targett, whose low cross was turned into his own net at the back post by Saka.

Arsenal rarely threatened Emiliano Martinez on his return to the Emirates in the opening half with just one shot on target despite 64 per cent possession. Willian skied Pierre-Emerick Aubameyang’s cross from the edge of the box prior to Saka’s own goal before Thomas Partey did the same from Mohamed Elneny’s cut-back. 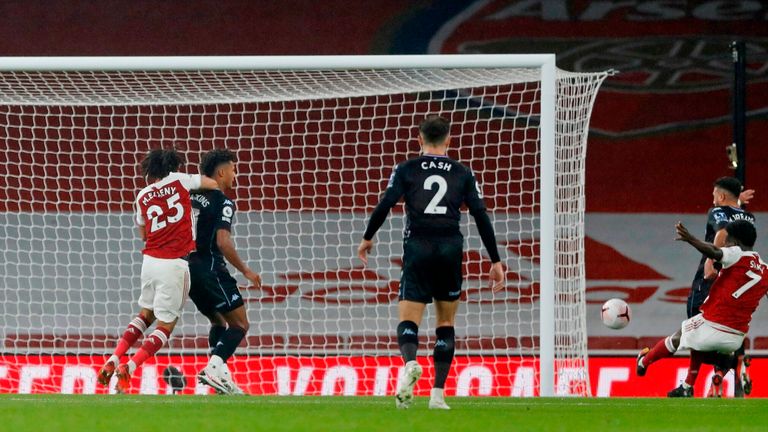 But Arteta’s men ought to have restored parity when Alexandre Lacazette rose unattended to meet Kieran Tierney’s cross only to direct his header off target from close range. Arsenal had only won one of their six games under Arteta when trailing at the break – going on to lose each of the previous four – so a rousing team-talk was needed.

Whatever was said, there was no rousing response. 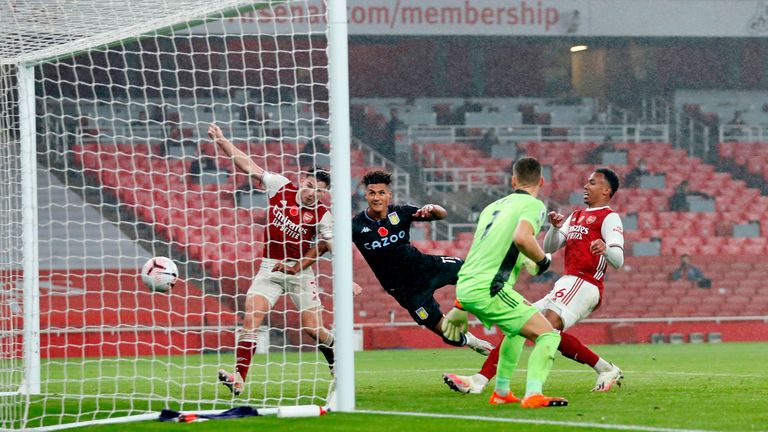 This was the Premier League’s stingiest defence prior to the weekend, but the excellent Grealish lost Holding before forcing Leno into a fingertip save.

Villa found breathing space when Watkins headed home Barkley’s brilliant volleyed delivery from close range. It ought to have got worse for Arsenal when Dani Ceballos was then in the right place on the line to hook Grealish’s shot off the line from Barkley’s cross.

But it proved only a short respite as Watkins doubled his tally for the evening, finishing coolly past Leno after more fine work from Grealish. Victorious at United, but it’s now back-to-back home defeats – and back to the drawing board for Arsenal.

What the managers said

Arsenal boss Mikel Arteta: “First of all congratulations to Aston Villa for the way they played and the victory. After that, we performed below our standards and I have to say it’s the first time I’ve seen us play and we weren’t a team.

“I take full responsibility. We didn’t start well enough, we got away with VAR for an offside situation but we lost all the races, the duels and we were sloppy on the ball. When we created chances we didn’t hit the target. It’s a really bad combination. We left spaces and on the counter, we looked really vulnerable.

“I take full responsibility. I am responsible to make the team perform on the pitch and today we were not a team and it is my job. It is why I am standing here.

“It is a frustration. It takes a lot to build momentum, to build a way of being, living and performing and when something like that comes up it’s a hard one to take but in a hard moment you learn more than in a positive moment and I want to see how we react.” 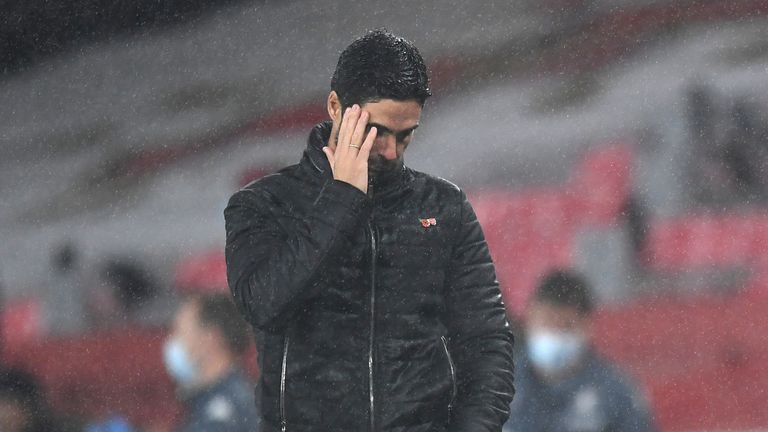 Aston Villa boss Dean Smith: “It’s a really pleasing performance. Lots of facets to it. It was a good defensive shift from the whole team. We caused them problems with some of our counter-attacking.

“We didn’t want them to have a nice easy game where they could pass it where they wanted. They’re a good team.

“A lot better than last season [on their away form]. We couldn’t keep a clean sheet last season. We’ve kept three from three this time.

“We’re a threat with them [the attacking players] in the team. Really pleasing. They’re all blossoming really well but there’s more to come from them.”

Player reaction: ‘We can beat anyone’ 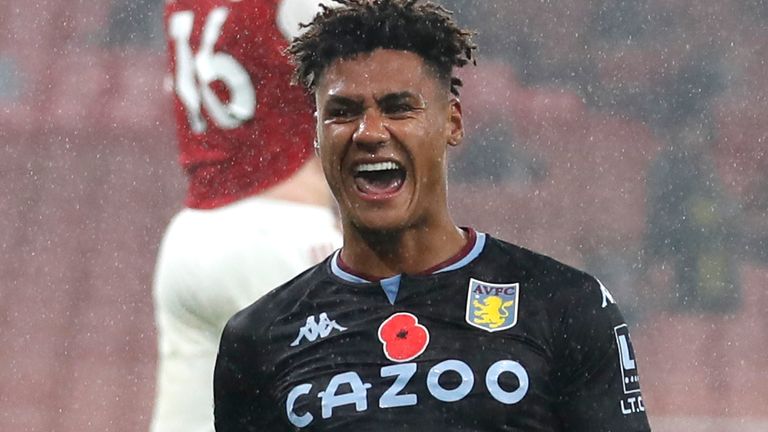 “It’s a good three points here against a good side at the Emirates. We know they would pass and move it and we had to cut off the lines in midfield and I felt we did that and it gave us freedom to go and play.

“We’ve conceded a few goals the last couple of games and it’s how you bounce back and we’ve done that tonight.

“I’m loving it [at Aston Villa]. There obviously may be some pressure, new signing and everyone wants you to perform but I just need to get my head down and get the goals.”

“I think a lot, you’ve seen tonight and against Liverpool, we’re a great side and we can beat anyone.” 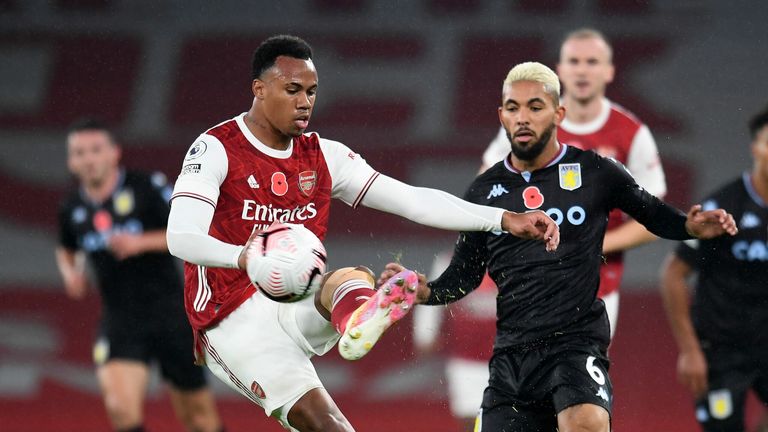 “The win is thoroughly deserved, all over the pitch. Looking at the Arsenal players coming off, I’m struggling to think of one player who has stood out and made a difference.

“The Villa side have worked immensely hard all over the pitch and this gives a lot of food for thought for Arteta. Nothing phased Villa this evening and they really have put the cat among the pigeons.

“Arsenal let Villa play and they could have done so much more defensively. Watkins’ first was almost like a FIFA goal it was that good from Ross Barkley.”

Man of the match – Ross Barkley 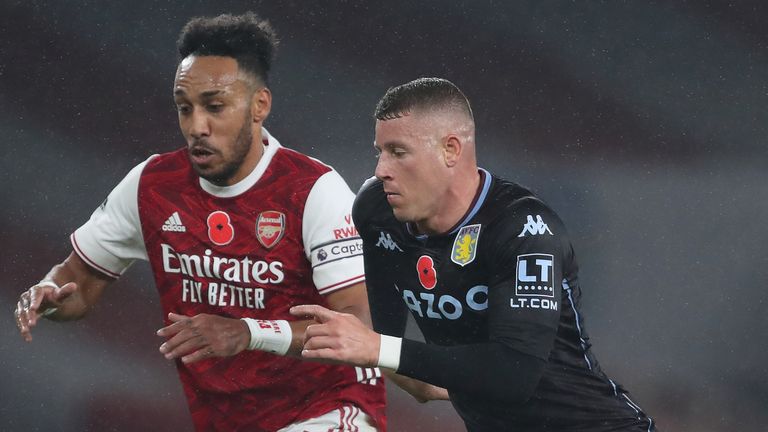 This was the complete away performance from Aston Villa. Strong in defence with an interchangeable front line. Barkley has reignited his career under Smith, and was at the heart of everything good about Villa alongside the magnificent Grealish.

It was here in December 2013 where as a 20-year-old for Everton he stole the show with a superb individual display in a 1-1 draw, Arteta started and finished that game and so knows all about him – but had no answer.

Barkley produced six key passes and had more shots than any of his team-mates, providing a superb assist for Watkins’ crucial first to take the game away from Arsenal.