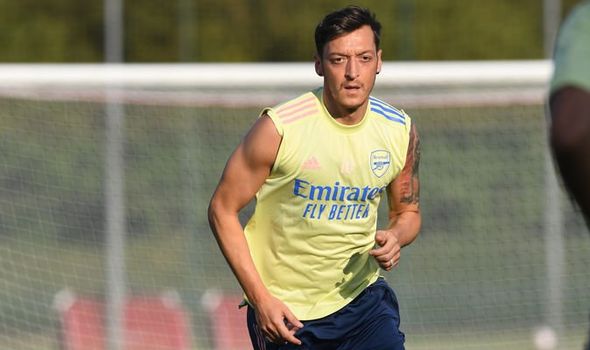 Arsenal manager Mikel Arteta simply has “no room” in his set-up for Mesut Ozil, believes European football expert Julien Laurens, and that is why the World Cup-winning playmaker has not been used by the Spanish boss since the Premier League restart.

Ozil has not played for the Gunners since March and has only been in the match-day squad twice since assisting Alexandre Lacazette’s late winner against West Ham seven months ago.

The 32-year-old was left out of the north London club’s 25-man Europa League group stage squad last week and is expected to be snubbed for the 25-man Premier League squad too.

It is increasingly likely the £350,000-a-week playmaker has played his final match for Arsenal with his contract set to expire in the summer of 2021.

And Laurens believes quite simply that Arteta cannot find a place for Ozil in his system given the demands he asks of his midfielders and the German’s lack of suitability to a wide attacking role. 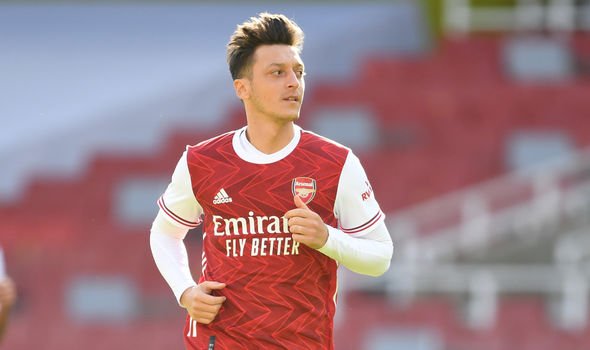 While he also suspects the two may have ran into some problems in training.

“I feel that’s the way it’s gone, yeah,” Laurens said on the Kelly and Wrighty Show when asked if Ozil’s Arsenal career is over. “If they had any offers for him this summer, they would have tried to sell him.

“He played a bit at the beginning of Arteta, although that was a very different style of football and team to the one we see now that is far more advanced in the project than when they were back in December when Mesut played and didn’t do too bad actually.

“I think that now, the intensity is wrong for him, I think the way they play, the system, the formation – the 3-4-3, there’s no room.

“There’s just no room for him either. I just think that, that plus maybe a few issues in training with Arteta, it looks like it’s the end.”

Discussing his decision to leave Ozil out of the club’s Europa League squad, Arteta explained this week: “I wanted to tell them face to face before releasing the squad.

“I explained the reasons why and the numbers we had. It was really difficult for me to tell them – but this is the restriction and rules.

“They have to respect that decision and try to train the best possible way, help the team when they can. Then we will see what happens in December.”

“To leave players out at that level, where they know they cannot get involved, is really tough. But the decision had to be made because we have an excess of foreign players.

“It is down to us to to find ways to motivate those players. And it is about how you react to disappointments. Try to look at the overall picture, make the right decisions.”

And iconic former Arsenal manager Arsene Wenger, weighing in Ozil’s situation, feels the German’s talents are being wasted at the Emirates. 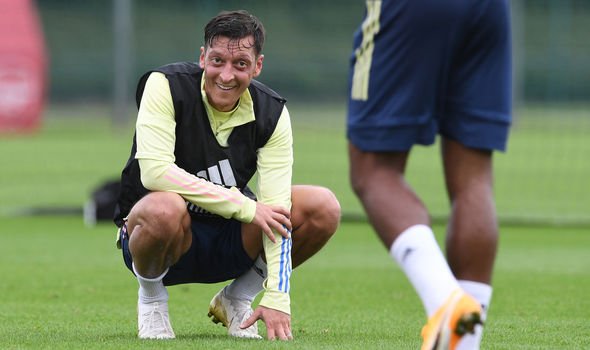 Wenger was the man to hand Ozil his club-record contract back in January 2018, though the No 10 has rarely justified that salary since then.

“I feel it is a waste for him,” Wenger told BBC Sport when asked about Ozil’s situation. “Firstly because he’s in the years where a player of his talent can produce the most.

“And it’s a waste for the club as well because he’s a super talent, a creative talent that in the final third can create that killer pass.

“I think you have to try to find a way to fit every player with their own qualities. This is our job and this is our responsibility with all the players we have to manage.”