Arsenal manager Mikel Arteta has offered a positive reaction to Mesut Ozil live-tweeting during their Europa League clash with Rapid Vienna. Ozil, who did not travel to Austria after being left out of their squad for the competition, posted regular updates throughout the game on social media.

Arteta, who opted not to select Ozil in their Europa League squad earlier this month before also snubbing him from their Premier League squad list this week, was asked his response to Ozil’s activity.

The German playmaker predicted a 4-1 win for the Gunners and offered his support watching on from home.

They eventually edged out a 2-1 win, coming from behind with Pierre-Emerick Aubameyang netting the winner. 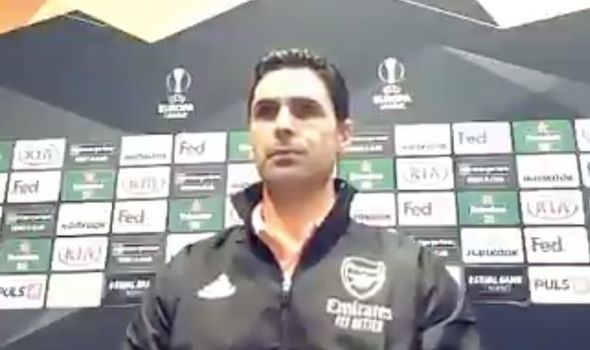 “This is what I want from the players who aren’t in the squad.

“This is what I want from all the players that are in our squad. I didn’t expect anything different from that so it’s good to hear.”

Asked if talk about Ozil is frustrating, he added: “No it’s part of the situation we have and we have big players in this position.

“It’s normal that people want to know, fans want information and you guys have to ask the questions.

“I take it in a natural way and try to respond with honesty and clarity and give information that is available for the inside.”

Speaking about the victory to begin their European campaign, Arteta said: “We knew it was going to be a difficult match. 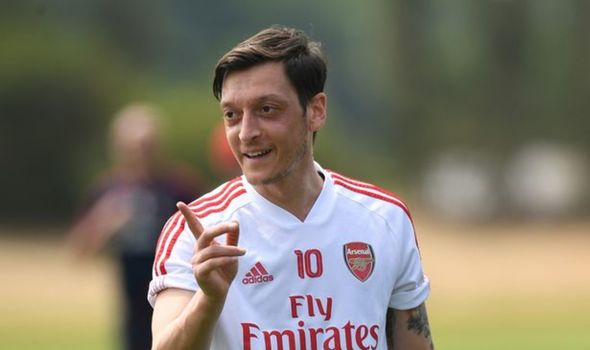 “We made it harder in the beginning with a few decisions that we made and obviously the goal we conceded, which if anything is obviously my fault because I demand we do those things.

“I really like the reaction. In the second half we understood much better the spaces we have to attack and we played with more purpose.

“We generated much more and we conceded a late chance with another misunderstanding at the back.

“In general we scored two good goals, the second was fantastic. We are delighted to start with a victory.”

Tags: Arsenal, autoplay_video, mesut o
You may also like:
Recent Posts
This website uses cookies to improve your user experience and to provide you with advertisements that are relevant to your interests. By continuing to browse the site you are agreeing to our use of cookies.Ok