They pulled off the dramatic transfer coup on deadline day by triggering Partey’s £52.5m clause written into his contract held by the Spanish football authorities.

They are also paying Partey £260,000-a-week in a four year contract with an option, £2.5m signing-on fee and ten per cent agent commission in a staggering package.

Arsenal had been trying to negotiate with Atletico all summer but knew they always had the fall back option of triggering the buy-out clause which are standard in player contracts in Spain.

That is a relatively simple process but the biggest issue was whether they had enough time to get the deal over the line. 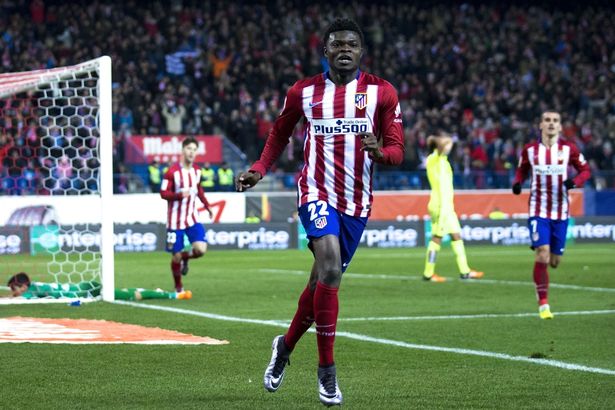 Club lawyers have to present the cheque to pay the full transfer fee in one full amount whereas many deals are paid in instalments.

They also have to show personal terms have been agreed by acknowledgment with the player and his agent.

Then they have to have email confirmation from La Liga in time to meet the transfer deadline – which in the UK is 11pm – to complete on an international transfer.

It was a huge operation and comes in the face of Arsenal making huge cuts at the club, including 55 redundancies in staff but they have spent big this summer on deals for Willian, Brazilian defender Gabriel and now Partey.

Get the latest Arsenal transfer news straight into your inbox! Mikel Arteta's Gunners have been starved of title glory for a while now – but things could be changing as a new-look Arsenal side plot a course to success.

You won't miss a single thing on their journey if you sign up for the brilliant new Mirror Football newsletter, either!

New signings Willian and Gabriel Magalhaes both hit the ground running against Fulham but Mikel Arteta is still on the lookout for new signings. Lyon midfielder Houssem Aouar and Brentford keeper David Raya are two of the names on their radar.

But Arsenal owner Stan Kroenke has underwritten the club’s transfer business and also losses because of the coronavirus pandemic.

Kroenke again appears to have backed the club’s transfer business on Partey as it is a huge outlay on deadline day.

It is understood that Gunners boss Mikel Arteta sees Partey as a crucial final piece of his jigsaw as a strong No6 midfield anchorman to give his team and defence stability.

But Arsenal looked at Partey FOUR YEARS ago and could have signed him for a fraction of the cost now but they passed up despite strong recommendations.

Partey is regarded as a strong presence in midfield, Arteta likes his range of passing and also his ability to break up play in front of the defence.

Partey is understood to have been desperate to come to Arsenal and has pushed for the deal – much to the frustration of Atletico Madrid who were adamant that he would not be leaving.

But Arsenal officials then managed to trigger the clause, talks were held in Spain where he also underwent the first part of his medical and he is expected to fly off on international duty after completing the switch.

Partey has the option to come to London to see his new surroundings before going away during international break to get it completely signed off.