Arsenal have been told they have unearthed a new version of the Brazil legend Ronaldo in wonderkid Gabriel Martinelli. The 19-year-old burst onto the scene last season with the Gunners, scoring 10 goals in 26 appearances.

Even more hype has been placed onto the shoulders of Arsenal star Martinelli following glowing comments from Kevin Campbell.

However, his campaign was cut short by a serious knee injury in June.

Martinelli is now nearing a recovery, and should be back in action shortly after the new year.

Ahead of his return, former Arsenal striker Campbell has heaped praise on the Brazilian by comparing him to fellow countryman Ronaldo. 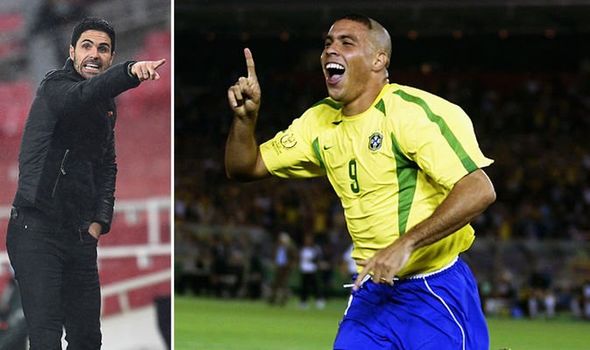 The Gunners hero thinks their styles of play are very similar, but was cautious not to put too much expectation on his young shoulders.

“I think Martinelli is the one, I really do,” Campbell told Football Insider. “Martinelli was sensational when he came in last season.

“He is a real handful – strong, direct and reminds me of the Brazilian Ronaldo. The way that he picks up the ball and runs at goal is phenomenal.

“I am not saying that he is Ronaldo but he reminds me of him, especially with that goal he scored at Chelsea [in January]. 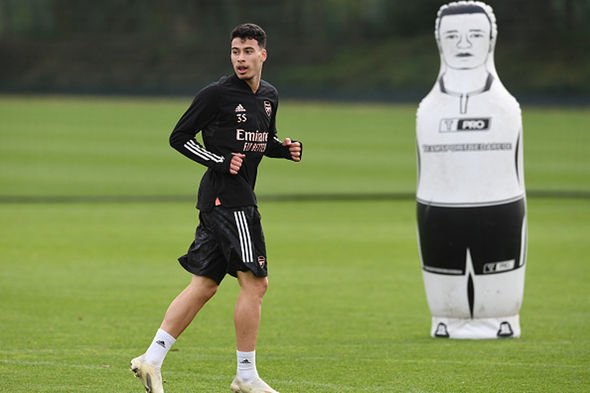 “He has a big future but I do not want to put too much pressure on him because he suffered that injury and he needs time to come back and get his feet under the table again, get comfortable and play games.

“Players tend to get long-term injuries and then come back and pick a niggle up somewhere else. He will need time to get back into the swing of things.”

Campbell’s comments have been echoed in the past by another 2002 World Cup winner – Ronaldinho.

The Barcelona legend, who played with Ronaldo numerous times for club and country, admitted they had the same modus operandi.

“We as Brazilians are very excited about him and his future,” Ronaldinho told the Mirror in January. “It is one thing to have the talent, but another at the age of 18 to have the confidence.

“He reminds me of Ronaldo. In his first season in Europe, he scored 30 goals and people were thinking, ‘who is this 18-year-old Brazilian kid?’

“He wanted the ball, he would run at players, there was no fear no matter what players or team he was playing against – and I see that similar attitude in Martinelli.

“He just wants to be on the ball and score goals.”

Tags: Arsenal, autoplay_video
You may also like:
Recent Posts
This website uses cookies to improve your user experience and to provide you with advertisements that are relevant to your interests. By continuing to browse the site you are agreeing to our use of cookies.Ok