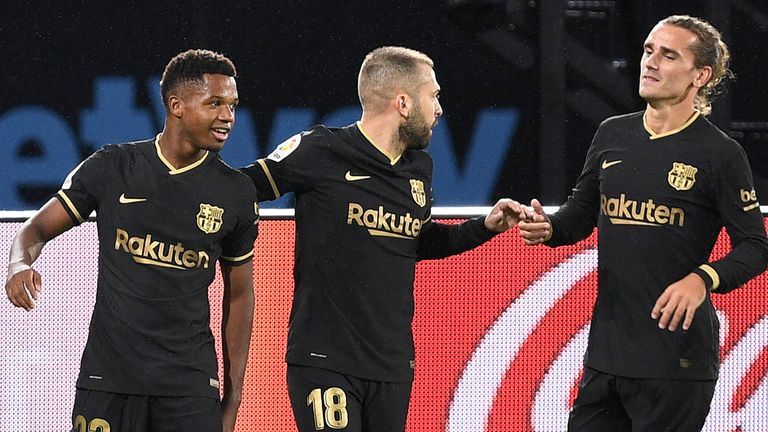 Impressive performances from Lionel Messi and Ansu Fati helped Barcelona overcome an early red card to defender Clement Lenglet and win 3-0 at Celta Vigo on Thursday to make it two wins out of two in the new La Liga season.

Teenager Fati showed pace and anticipation to nip in between two Celta defenders and fire Barca ahead in the 11th minute, picking up where he left off with his two early goals in Sunday’s 4-0 win over Villarreal.

Barca’s lead looked to be under threat when Lenglet received a second booking at the end of the first half for striking former Barca player Denis Suarez in the face, sparking furious protests from Messi and Gerard Pique.

But Barca quickly doubled their advantage soon after the interval, as Messi tore through Celta’s defence and fired a low shot which took a heavy deflection off Lucas Olaza and squirmed past keeper Ivan Villar for an own goal.

The Catalans, who had failed to win their last five league games at Celta’s Balaidos, maintained control even with 10 men, only once looking in danger of conceding.

Nolito skipped into the area but his shot was saved by Barca stand-in keeper Neto, Celta’s Miguel Baeza pounced on the rebound but Sergi Roberto threw his body in the way and deflected the goal-bound shot on to the crossbar.

Messi almost got a goal himself with another bursting run into the area but his shot was saved by Villar, leaving Sergi Roberto to lash high into the net deep in added time for the third goal. 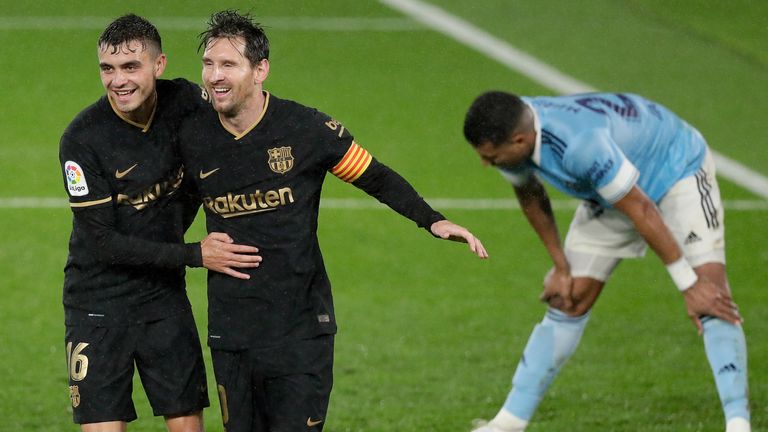 Sergi Roberto praised Barca’s fighting spirit and said they had learned to battle after their humiliating 8-2 thrashing by Bayern Munich in last season’s Champions League.

“It was very important we continued to play with positivity when we had one player less,” he said.

“We defended as a team, everyone did their job and we played with a lot of desire, and showed we really want to achieve great things this season.

“We realised after the result against Bayern that we had to change things, we were fighting right up until the last minute today.” 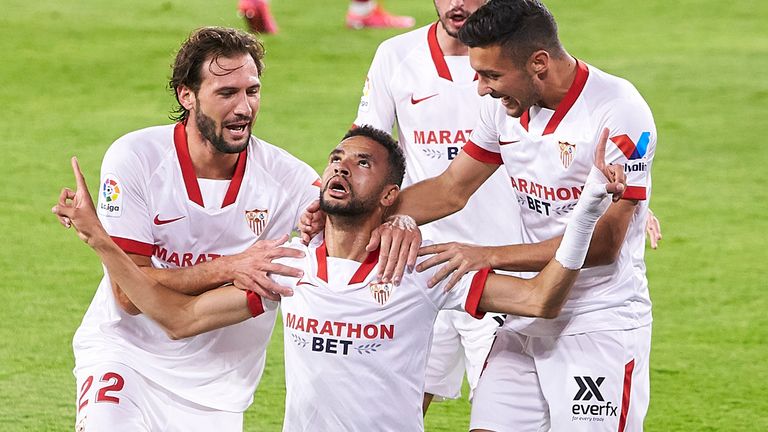 Europa League champions Sevilla left it late as they also made it back-to-back victories at the beginning of the league campaign, with Youssef En-Nesyri scoring in injury time in a 1-0 success against Levante.

Cadiz made life difficult for themselves with Carlos Akapo and Alvaro Negredo both getting sent off during the 1-0 win at Athletic Bilbao. In between the two red cards, Unai Lopez’s own goal settled the match.