Reading moved top of the Sky Bet Championship with victory over Wycombe after Bristol City were beaten at home by Middlesbrough. 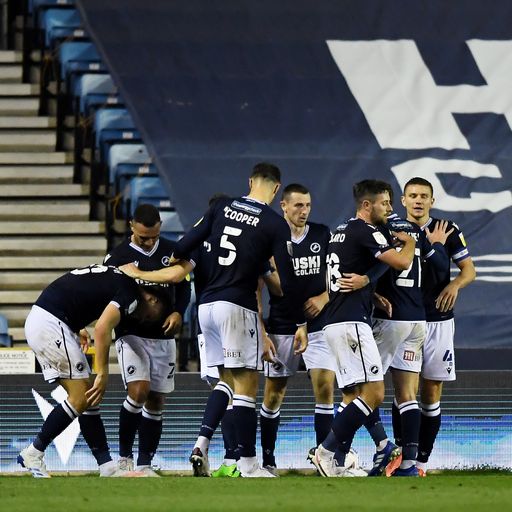 The Robins had seen their 100 per cent start ended on Saturday when Barnsley struck a stoppage-time equaliser. Boro made the breakthrough on 73 minutes when George Saville robbed Taylor Moore as the midfielder tried to play out from the back.

Reading capitalised to move three points clear at the top of the table after beating Wycombe 1-0. Lucas Joao chalked up his sixth goal in as many games after taking down a long pass before firing home on 64 minutes.

Millwall saw off Luton 2-0 at the Den to sit fourth after back-to-back league wins. Matt Smith, who had earlier hit a post with a close-range header, helped give the Lions the lead in first-half stoppage-time following a deflection at a corner which went in off Hatters defender Martin Cranie.

With 11 minutes left, winger Connor Mahoney wrapped things up when he cut in from the left and slotted in a low finish off the post.

Norwich beat Birmingham 1-0 with a late goal from substitute Mario Vrancic at Carrow Road, where the visitors finished with 10 men.

Todd Cantwell, who was linked with a move away ahead of the transfer deadline, saw a goal ruled out during the second half.

Blues midfielder Adam Clayton then saw red after a late tackle on the Canaries’England Under-21 international and Vrancic then finally broke the deadlock with just three minutes left to put the Canaries seventh.

Huddersfield beat Derby 1-0 with a goal early in the second half from Juninho Bacuna. Dutchman Bacuna fired into the far corner on 53 minutes.

Derby – missing the self-isolating Wayne Rooney who has now returned a negative coronavirus test – could not find a way back as centre-back Matt Clarke saw his late header hit a post.

Coventry and Swansea drew 1-1 at St Andrew’s. Jordan Shipley put the Sky Blues in front on 19 minutes when his shot from the edge of the penalty area flew in off the post.

Swansea were level four minutes before half-time when Andre Ayew capitalised on a swift break down the left. Coventry saw a second-half goal from Jamie Allen disallowed.

Sammy Ameobi hit a late equaliser as Nottingham Forest fought back to draw 1-1 against Rotherham.

Daniel Barlaser had put the Millers ahead from the penalty spot on 51 minutes. Ameobi, though, secured a point with 11 minutes left when Ameobi put away a cut-back from Lewis Grabban.

FREE TO PLAY: Do not miss your chance to land the £250,000 jackpot for the sixth time this season.