Chelsea have been linked with a surprise move for Borussia Dortmund midfielder Jude Bellingham as an alternative to West Ham’s Declan Rice. The Blues have been heavily touted as a potential destination for the Hammers star in recent months, but Rice’s price tag could force Frank Lampard’s side to look elsewhere.

West Ham have reportedly set an asking price of £80 million for their prized asset, which could prove too steep for Chelsea, given their huge spending spree in the summer.

As an alternative, the west London side are eyeing a potential future move for Dortmund midfielder Bellingham, according to Eurosport.

The 17-year-old is widely considered as one of the most exciting talents in Europe after his breakthrough at Birmingham City.

His performances for the Championship side attracted interest from a host of clubs including Manchester United, but the teenager eventually joined Dortmund for an initial fee of £25million in the summer. 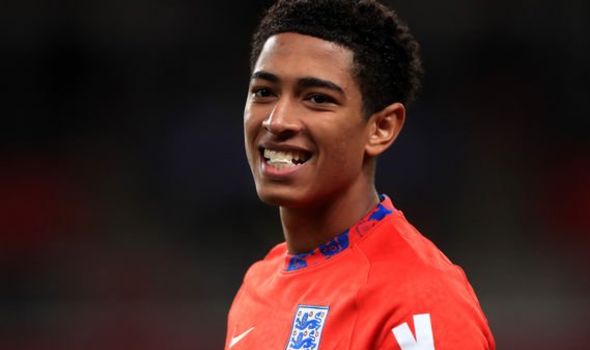 After just a couple of months at the Signal Iduna Park, Bellingham’s displays earned him a first England senior side call-up for the recent internationals.

And it is claimed that Chelsea officials are contemplating a bid in 2022 for the versatile midfielder.

The Blues’ reported interest will come as no surprise to current Chelsea left-back Ben Chilwell, who has heaped praise on the teenager this week.

“Very excited for him and 17 years old. It’s a massive, massive achievement for someone to play for England let alone at 17.

“I’ve seen him play for Birmingham and obviously he’s been doing very well for Dortmund so thoroughly deserved and very, very happy for him.”

Aston Villa defender Tyrone Mings agreed with his England teammate, and also hailed Bellingham’s ability for someone so young.

“It doesn’t surprise me,” the centre-back said. “I get surprised every time I get called up so I’m not necessarily sitting here surprised when other people get called up. 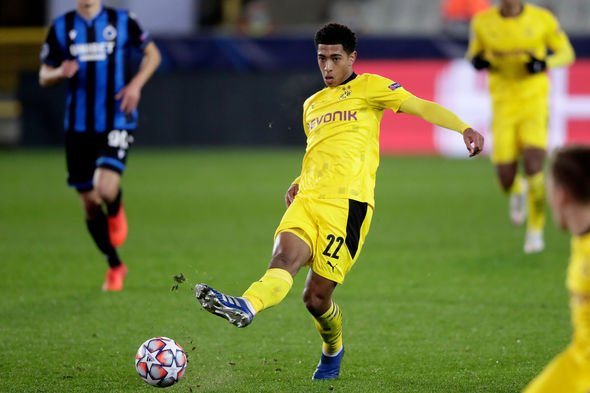 “But I’ve had the opportunity to see him in training over the last couple of days and what a fantastic talent he looks.

“For someone who’s achieved so much in his career in such a short space of time, he seems to be very grounded and very humble, so I wouldn’t say that I was surprised, no.

“But I think it’s a huge occasion for him and I don’t think it should be overshadowed by what should or shouldn’t have happened. I think it’s a fantastic occasion.

“I remember my first call-up. I was a lot older than him but I remember the feelings I had surrounding that so I think fair play to him.”

Tags: autoplay_video, Chelsea
You may also like:
Recent Posts
This website uses cookies to improve your user experience and to provide you with advertisements that are relevant to your interests. By continuing to browse the site you are agreeing to our use of cookies.Ok