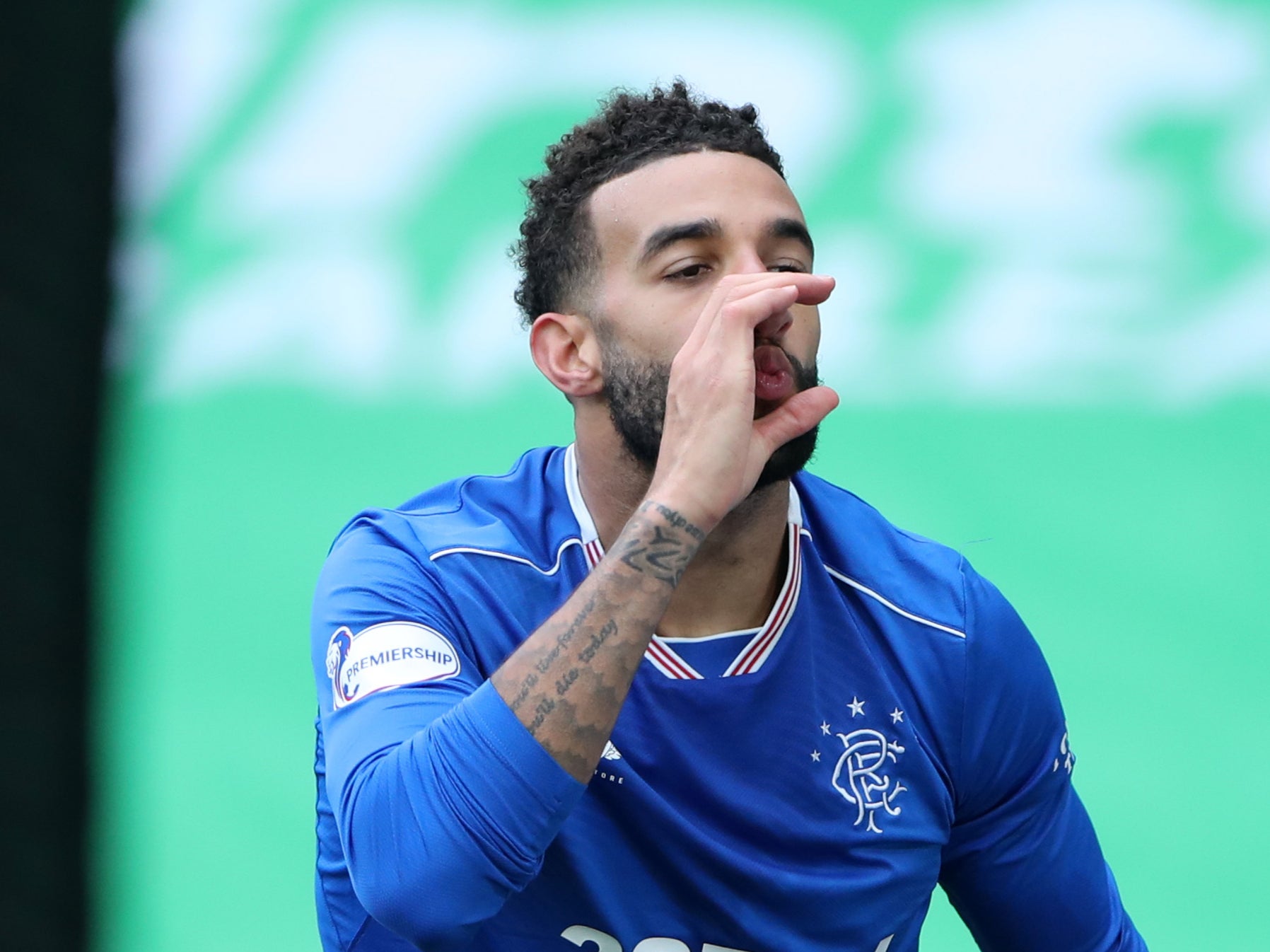 Nir Bitton, Hatem Elhamed and Ryan Christie were unavailable due to coronavirus issues and Odsonne Edouard was just declared free to play after testing positive but missing, with James Forrest and Christopher Jullien still injured.

Rangers striker Alfredo Morelos was looking for his first goal against Celtic,

supported by winger Brandon Barker and Ryan Kent, with Ianis Hagi perhaps surprisingly on the bench.

Goldson escaped his markers from Tavernier’s searching free-kick and flashed a header past Celtic keeper Vasilis Barkas, who might have done better.

Rangers went immediately on the attack for more.

Tavernier’s spectacular volley sped wide and Kent’s shot trundled through to Barkas from just inside the box.

However, Celtic had a great chance to level when Mohamed Elyounoussi got the best of Goldson in an aerial duel following a long ball from Shane Duffy but, with just Gers keeper Allan McGregor to beat, the Norway international chipped the ball over the bar.

An Alfredo Morelos flick out at Celtic skipper Scott Brown with his hand off the ball might have been highlighted had there been fans in the stadium but the game went on.

Both sides had spells of attacking thereafter but Celtic were beginning to dominate just before the break.

Neither side could get a grip at the start of the second-half and tussle followed tackle in the pursuit of possession.

A recovering tackle by Ajer on Kent, after he had raced on to a Barker pass, prevented the Gers striker getting a shot away.

However, Celtic could not get the ball away from the corner and when Gers midfielder Scott Arfield flashed a drive across the goal,

Goldson pounced, his first shot blocked by Duffy, before the former Brighton player poked it over the line from five yards.

In the 64th minute a goal-bound volley from Kent, following a pin-point cross from defender Borna Barisic, was deflected past by Ajer for a Gers corner.

On came Leigh Griffiths and Tom Rogic for Olivier Ntcham and Klimala as Lennon tried another route back into the game.

In the 80th minute, Griffiths took an Ajer pass and rounded McGregor but went too wide and the Gers keeper was able to get back to make the save.

There was to be no comeback and indeed Barkas tipped a Tavernier free-kick over the bar in the 86th minute.

The Light Blues won at Celtic Park 10 months ago but had failed in the bid to prevent their rivals making it nine league titles in a row.

They will hope this win puts down a marker for the prevention of 10, but as always, time will tell.