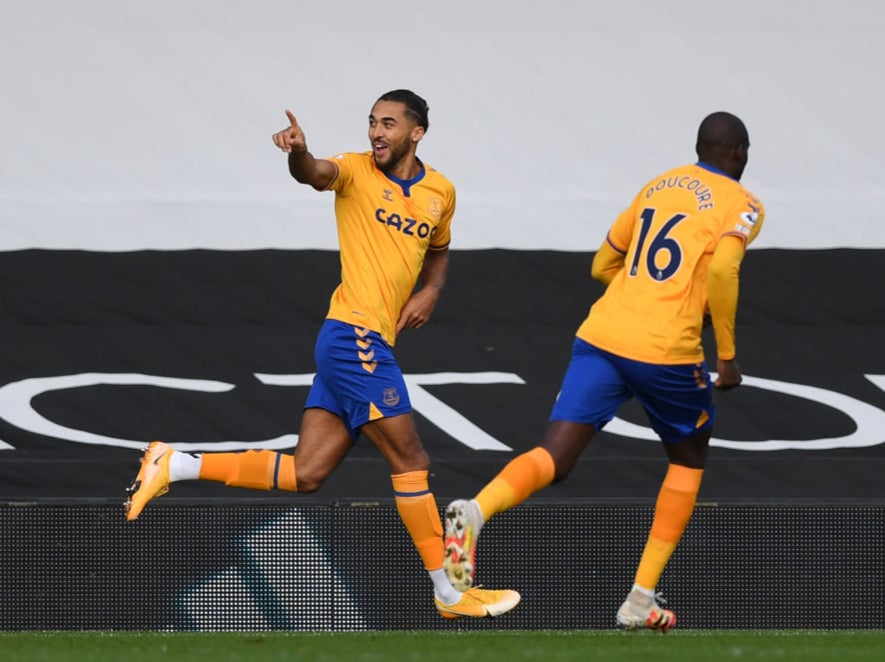 Barely a minute had gone before the home team had their first defensive meltdown. De Cordova-Reid took a dreadful touch deep in his own half and gave the ball to Richarlison. The Brazilian drove into the area and sent a cross into the six-yard box. Tosin Adarabioyo had the opportunity to clear the danger but the defender could not get his feet right and defected the ball into the path of Calvert-Lewin, who sidefooted into the net. It was too easy.

Chaos and confusion reigned ever time Everton went forward but Fulham began to grow in confidence. De Cordova-Reid had Jordan Pickford scrambling and the Jamaican atoned for his earlier error after 15 minutes. He combined neatly with Tom Cairney on the edge of the 18-yard area and the Scot rolled a precise ball into inside right channel. De Cordova-Reid took a touch and fired home.

Fulham will need to score a lot of goals given how vulnerable they are at the back. Richarlison was getting acres of room and looked dangerous every time he received possession. James Rodriguez was enjoying the space. Alex Iwobi, ranging from deep, tormented Antonee Robinson.

Iwobi started the move that put Everton back into the lead. The 24-year-old dribbled into the area, drawing mesmerised defenders towards him. He rolled the ball back to Rodriguez, who shifted the point of attack to the left, empty side of the box. Lucas Digne was waiting and the Frenchman had the time to pick out Calvert-Lewin, who scored with ease.

The third goal, six minutes later, showed Fulham had learnt no lessons. Again, Rodriguez was allowed to get on the ball on the edge of the area. Again no one was watching Digne on the left. The only difference was this time Digne’s cross was chipped in and it was Doucoure who met it instead of Calvert-Lewin. There was no pressure on the midfielder as he headed home. 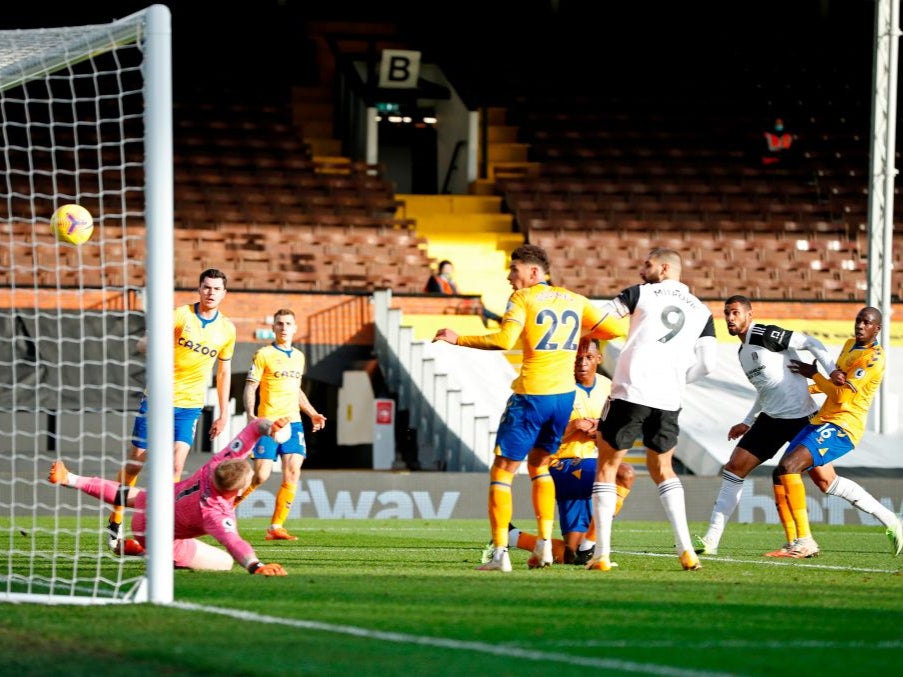 The gap between the teams could have been bigger. Rodriguez forced Alphonse Areola to make a fine save before the break as Everton knocked the ball around as if it were a training session. Fulham struggled to get anything going in the midfield. Cairney is the most creative of Parker’s central players but Allan dominated the middle of the park. The Brazilian disrupted the home side’s passing and provided the spark for many of Everton’s attacks.

The visiting side were enjoying themselves so much that Rodriguez and Digne engaged in a game of rock-paper-scissors to decide who would take a free kick early in the second half. Digne won and fired in a cross that allowed the unmarked Richarlison a shot that Areola saved.

Then Everton became dozy. Ivan Cavaleiro shot from distance and Pickford fumbled a routine save but there was no attacker near to take advantage. Aleksandar Mitrovic and Loftus-Cheek replaced Decordova-Reid and Cairney and Fulham upped their efforts. Everton seemed content to let the minutes tick away in the afternoon sun. Fulham took advantage.

Ben Godfrey clipped Loftus-Cheek as the midfielder surged into the area. Ivan Cavaleiro had the chance to narrow the deficit from the penalty spot but the Portuguese slipped on his run up, hit the ball against his non-shooting foot and ballooned the ball over the bar.

That should have woken up Everton but they remained lackadaisical and paid for it within two minutes. Ademola Lookman, who had been largely anonymous to that point, skinned Digne and reached the byline. Lookman pulled the ball back to Loftus-Cheek, whose shot was deflected into the net by Yerry Mina.

Fulham had a lot of the ball for the last 20 minutes but still lacked a cutting edge. Everton tightened up but Ancelotti will not have been impressed by his team’s second half performance.