Evans suffered a hamstring injury early in Blackburn’s 3-1 win over QPR, while Kennedy, only just back from a knee problem, suffered a setback in Aberdeen’s 2-0 win over Hibernian.

Ian Baraclough has therefore turned to the 26-year-old McLaughlin, brother of Sunderland right-back Conor, who has the opportunity to add to his five caps as he receives his first call-up since the tour of Central America in the summer of 2018.

“Obviously (Corry’s) gone and done his hamstring during the Blackburn game, so sadly for him he won’t be able to meet up with us,” Baraclough said.

“Naturally there’s one or two bumps or bruises which you have to deal with when everyone has played at the weekend. 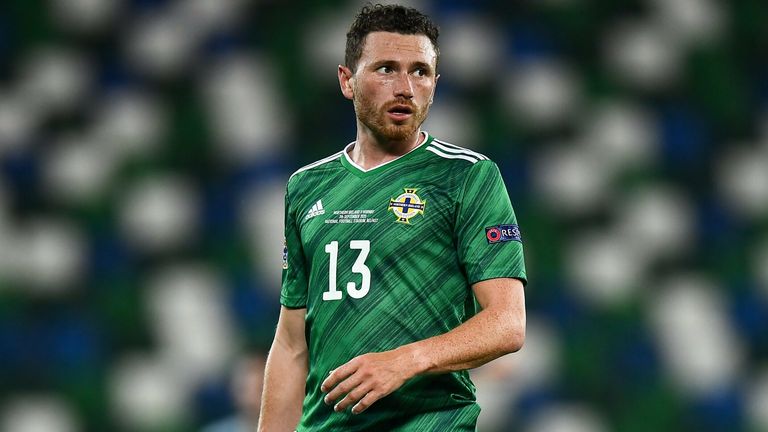 “He’s had injury problems over time, but he’s getting a good run of games with Rochdale and he’s the right one to bring in as unfortunately Matty Kennedy couldn’t join up with us. He’s just feeling something there again so Ryan’s got a chance to come into the group.”

Northern Ireland will play Austria and Romania in the Nations League next week, but the focus is all on Slovakia for now.

With the opportunity to qualify for a second consecutive European Championships on the line this Thursday, Baraclough said there was an obvious extra edge to training after the squad met up on Monday.

“Their minds are on it, they’re trying to find out information on the opposition, there’s a concentration in the meetings and in training,” he said.

“They want to get down to business. That’s how it was last month and how I feel it was today. We’ll build that up as we go on. It’s a game we’re capable of winning if we set our minds right, if we do the right things.

“We’ve had a good meeting already to set out the next 10 or 11 days and all eyes are on the Slovakia game now.”