Plans to create a European Premier League involving Europe’s biggest football clubs have caused quite a stir, but what do managers think? From damaging the domestic game to seeing Celtic vs Rangers in England’s top division, there’s certainly a range of opinions…

More than a dozen teams from England, France, Germany, Italy and Spain are in negotiations about becoming founder members of the competition, with a provisional start date as early as 2022 said to have been discussed.

The proposals have already been met with fierce opposition, with Sky Sports pundit Gary Neville describing them as “obscene” while UEFA “strongly opposes” the plans, believing the new-look tournament would become boring.

Despite the competition reportedly being backed by FIFA, president Gianni Infantino said on Thursday he is not interested in a European Premier League and distanced himself from the plot.

Liverpool manager Jurgen Klopp said he had “no time” to discuss the plans when asked on Tuesday, while Tottenham head coach Jose Mourinho was equally coy ahead of Spurs’ Europa League opener. Chelsea boss Frank Lampard also refused to comment, but what do other Premier League managers think? 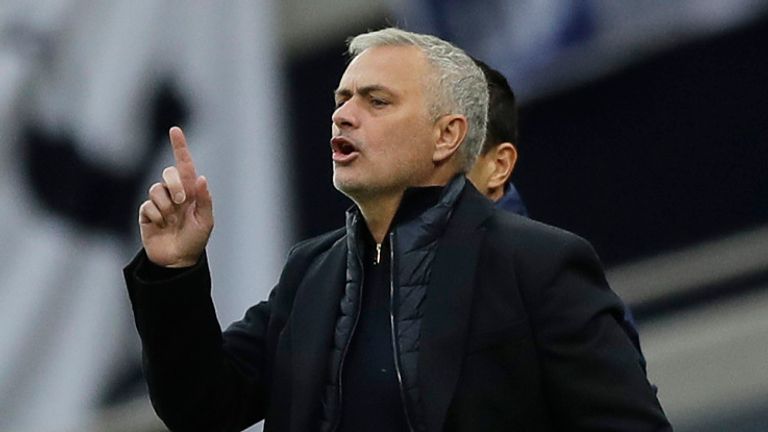 City boss Pep Guardiola says teams who do not currently compete in Europe and have more recovery time between matches are at a “huge advantage” domestically. 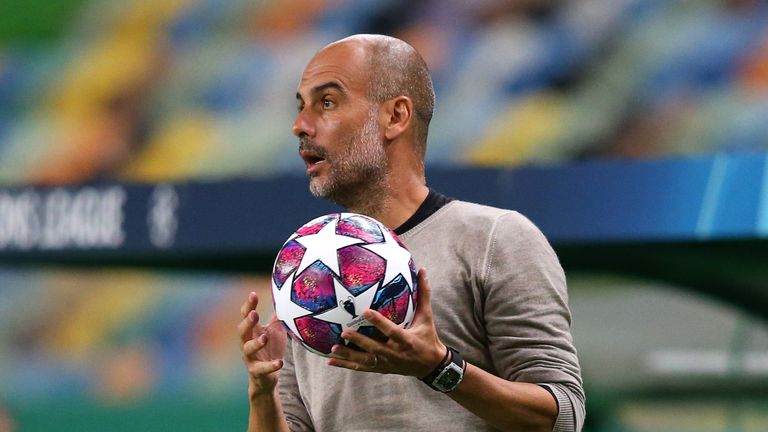 “When you have more of your squad, you have more chances to win games. We’re doing what we can but it’s difficult,” Guardiola said.

Appearing to reference talks of a European Premier League, he added: “They want to create new competitions but just two or three weeks a year to rest. This is the crazy situation for [the players].”

Arsenal manager Mikel Arteta – whose club are also one of the Premier League’s ‘big six’ and contenders to join a breakaway league – wants any new tournament to suit all parties.

“It’s like a new format is coming every three or four days,” he said. “There will be more coming out very soon. Again I ask for some unity here, defend the interests of everybody like has been the case in the UK.

“That’s what has made this league so unique – if things have to evolve in one way or another let’s try to do it and find the right solution.” 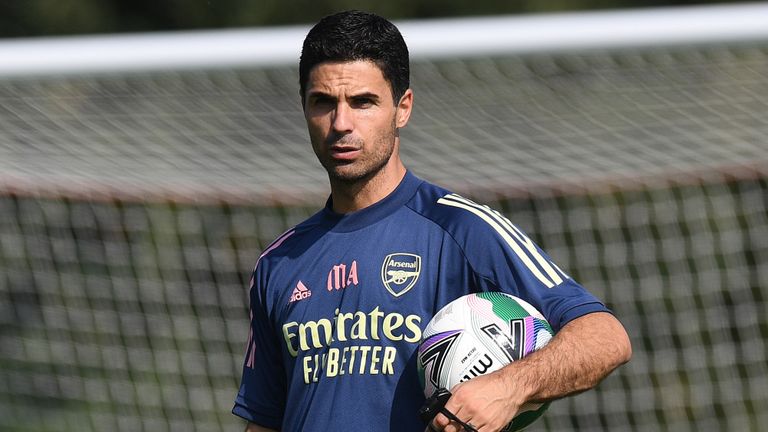 Moyes: What about Celtic, Rangers in PL?

The plans for a European Premier League are backed by a $6 billion (£4.6 billion) financing package and every founding club is expected to earn fees of hundreds of millions of pounds to participate.

The competition is likely to feature either 16 or 18 teams meaning a likely minimum of 30 matches for each club based on a format of round-robin home and away fixtures, which would effectively usurp the Champions League.

When asked for his views on the proposal, West Ham manager David Moyes instead raised the idea of Celtic and Rangers being part of England’s top division.

Moyes believes the Old Firm would be a good addition to England’s game and hopes the Premier League remains the same for now – unless there’s an agreement to bring both Glasgow clubs down south.

“I think the Champions League is a really good format, I can only guess this is all to do with money,” Moyes said about the idea of a European Premier League.

“The one good thing the Premier League does, and what I learnt in Spain, was that most of the money from the TV goes to Real Madrid and Barcelona and then the rest of the clubs get their appropriate amount going down.

“That’s the last thing we want in the Premier League because the one thing I will say is everybody gets the same at the start, the same amount of money, obviously the bigger club might get some extra from TV but at least at the start we try to be fair. “If we then get into the situation where certain clubs are going to have so much more than others then it is going to make the competition worse, at the moment there is still the doubt of how some games can go and their outcome so I hope it doesn’t happen.

“I think that Celtic and Rangers should have been joining the Premier League but that is not going to be the case, those two clubs up there are huge and I think it would have been great.”

An American-style approach to European football would reflect the sport’s shifting power-base following an influx of US-based owners into the English game during the last 20 years.

According to people close to the latest plans, the European Premier League would not be a breakaway in the sense of ending clubs’ involvement in their domestic leagues, but its creation would have profound implications for the value of domestic broadcasting and sponsorship rights across Europe – at a time when the finances of the entire football pyramid have been hit hard by the Covid-19 crisis.

“I think we all have to look at preserving what we’ve got in this country in terms of the pyramid and even outside the 92 Football League clubs,” Sheffield United manager Chris Wilder said.

“Obviously these [bigger] clubs have their own agendas and are driven by their owners who have that ability to take their football club where they want to take it.

“But it is a unique, fabulous footballing pyramid that we’re all involved in and I’m sure everybody will do whatever they need to do to make that consistent and improve going forward.” 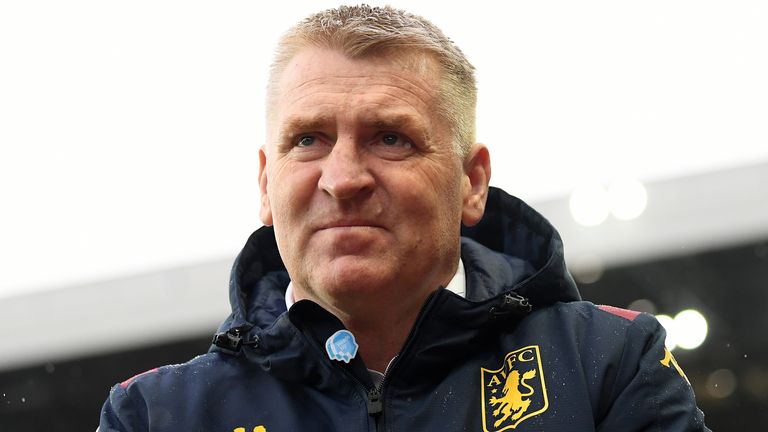 Aston Villa head coach Dean Smith added: “It will be a world league we are discussing next!

“Football people around the world are envious of the Premier League and how successful it is, how high the quality levels are. They clearly want a piece of that.

“But the structure of English football is a big success, the focus has rightly been on supporting those lower down the pyramid.”

Burnley boss Sean Dyche believes every club should be able to cast their vote on what happens but says it is crucial the top clubs do not forget the remainder of the football pyramid.

“The most obvious thing from a manager point of view is too many games so how do you fit those games in? Which competition gets parked? I don’t know,” Dyche said.

“I am sure they (‘big six’ clubs) have a different view. We know that we don’t sell the whole league, but we play our part and I think it is healthy for the game if everyone has a say in what happens.

“I think a balanced view is important whilst not being naïve. The superpower teams who have world branding more than play their part in selling the product.

“We all respect the superpower clubs for what they’ve built over the years and what sort of clubs they’ve become, but you can’t forget about the rest of football.”

The Wolves boss has been keeping up to date with the developments and says he has tried to receive as much information as possible regarding them, even though he admits he will not have any say in the matter.

“If there’s something that I know, it’s that English football and the Premier League have been able to do, besides giving a fantastic competition, is to have common sense in having shared decisions that are made with everybody involved,” Nuno said.

“That is why we have such a special competition in the Premier League; because the decisions are always shared and I hope it continues like this.

“That all the clubs have a chance to make their own opinions, so we have a shared decision.”

West Brom head coach Slaven Bilic says plans to replace the Champions League with a European Premier League could work, but thinks domestic football could suffer as a result.

“It happened in basketball in Europe,” Bilic said. “If it’s going to replace the Champions League then okay, but with Champions League and a European Premier League – there’s no space for both of them.

“I don’t know why we have to change a model that is well-loved by all,” said Southampton manager Ralph Hasenhuttl.

“I think it is important for clubs that they always have a chance to be part of Europe. If it is impossible to get in then it is difficult.

“We are famous for qualifying for things, then competing. Everyone has a chance. This is important, yeah?

“A closed Super League, even if you win the Premier League you are not part of it? Not a good thing.” 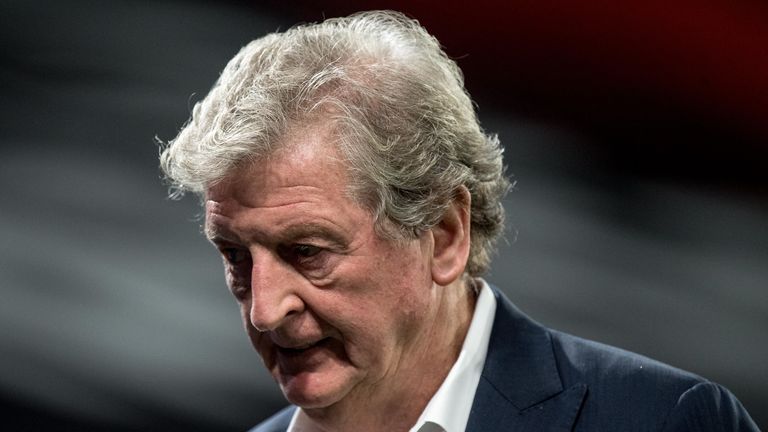 Crystal Palace boss Roy Hodgson added: “I’m not in favour, like most people.

“I think the Champions League and Europa League deal well with our desire to see English teams compete against other top teams in Europe.

“I would be disappointed to see a breakaway league, but I don’t really subscribe to the theory that it would be that beneficial to European football.

“I think it’s already biased heavily towards the top teams and making sure they have enough chances to qualify.”

European football’s governing body takes a predictably dim view of any proposals that threaten its flagship club competition, the Champions League, and Aleksander Ceferin has previously warned that any new super league will become “boring”.

FIFA declined to comment on the Sky News report but has pointedly referred to “topics which come up every now and then”. In other words, it cannot deny that the issue has been under discussion but nothing more substantive at this stage. Tellingly, FIFA has not denied it supports these new proposals.

But if this new league is to kick off as early as 2022, in an already-disrupted World Cup year, there would have to be considerable hurdles to overcome.

UEFA has a format, and lucrative TV contracts, in place until 2024 and companies have paid big money for the rights to broadcast games involving Europe’s top clubs.

A ‘European Premier League’ would also have a considerable impact on the value of the Premier League too. What if finishing in the top four no longer matters? What would happen to the compelling drama if European participation was guaranteed to only a select number of clubs, regardless of where they finish?

UEFA controls the Champions League, Europa League, Nations League and European Championship. Would players who compete in this new competition have to give up their right to play in the Euros, for example? It’s possible.

Why would UEFA want to endorse any player which goes against its other competitions? The Football Association, which grants European licences to its clubs, holds the key to almost every domestic issue but it has declined to comment.

It would be a considerable surprise if this becomes a reality, in its current form, but it will generate further debate and focus minds in the corridors of power.

The timing of leaks, as always, is significant and UEFA has yet to decide its Champions League format from 2024. Talk of a £4 billion investment plan, at a time of a global pandemic, with some smaller clubs in crisis, will not sit comfortably with many in the game.