Report and highlights to follow from St James’ Park. 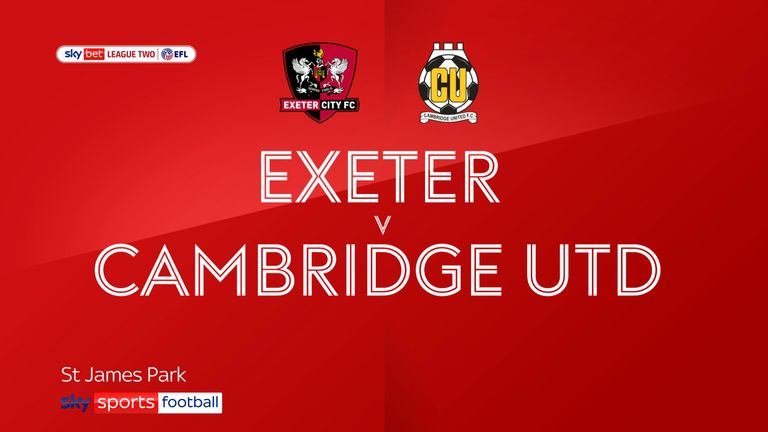 Exeter picked up their first home win of the season with a comfortable 2-0 win against Cambridge at St James’ Park.

Cambridge started well, with Kyle Knoyle being played in, but he was denied by a terrific save from Lewis Ward.

Ward then had to be at his best to deny Paul Mullin, but Exeter were awarded a penalty in the 16th minute when Harrison Dunk clumsily brought down Randell Williams in the penalty box and Matt Jay rolled the ball past Dimitar Mitov from the spot.

It was the first league goal Cambridge have conceded this season, having previously kept five clean sheets in six games across all competitions this season, and they conceded their second after 34 minutes when Joel Randall robbed Knoyle of possession and sprinted into the box before firing a superb low finish with his left foot in at the near post.

Jay should have made it 3-0 just before half-time , but fired wide from Jake Taylor’s cross, and he came close again in the second half, only to be denied by Mitov.

Cambridge looked less threatening in the second half as Exeter defended well but without stamping home their authority with the chances they had on the break.