German football federation HQ and homes of six members are RAIDED by police as they investigate £4.3m tax evasion claim regarding pitchside advertising during 2014 and 2015

The headquarters of the German football federation (DFB) and the private homes of some of its members have been searched early on Wednesday morning as part of an investigation into tax evasion.

The Frankfurt public prosecutor said about 200 officers were involved in the raids in the German states of Bavaria, North Rhine-Westphalia, Hesse, Lower Saxony and Rhineland-Palatinate.

Police are investigating claims that pitchside advertisement revenue from matches in 2014 and 2015 involving the German national team were declared lower than its actual value. 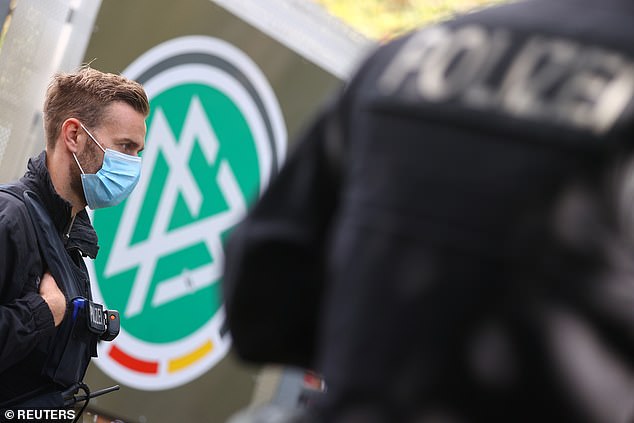 ‘The investigations into suspected fraudulent corporate and trade tax evasion in particularly serious cases are directed against six former or current officials of the DFB,’ public prosecutor Nadja Niesen said, referring to the DFB.

‘They are accused of deliberately wrongly declaring false income from perimeter advertising from home matches for the national soccer team from 2014 and 2015 as income from asset management.’

The German federation is suspected of avoiding paying taxes of about €4.7million (£4.3m) for the period. No suspects have been named.

Germany played seven friendlies in that period between 2014 and 2015, as well as fiver Euro 2016 qualifiers against Poland, Republic of Ireland, Scotland, Gibraltar and Georgia. 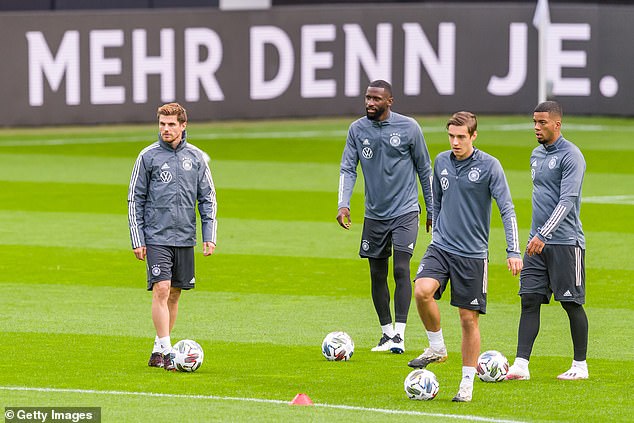 Wolfgang Niersbach was the president of the federation at the time.

Niersbach resigned in November 2015 because of his role in the bidding process for the 2006 World Cup, which led to a Swiss criminal case investigating fraud, money laundering, criminal mismanagement and misappropriation relating to a payment of €6.7m (£6.1m) to FIFA in 2005.

‘From the previous investigations, it seems that the accused knew about these tax irregularities, but that he chose them consciously in order to give the DFB a large tax advantage,’ Niesen said of the latest accusations.