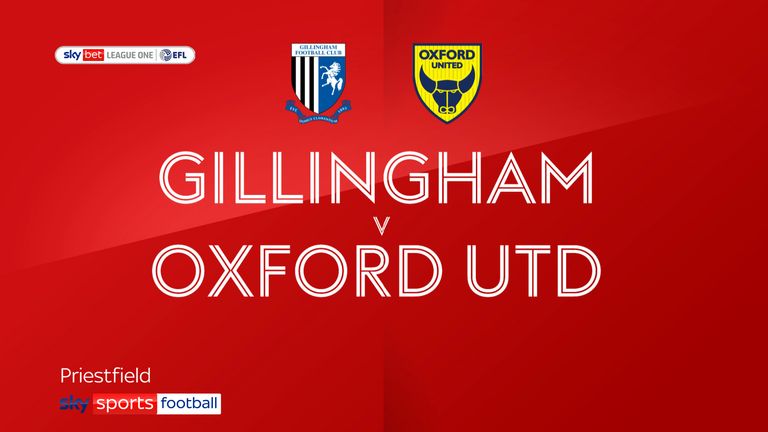 Two goals in four first-half minutes from Vadaine Oliver and Jacob Mellis set Gillingham on course for a hard-fought 3-1 victory over Oxford United.

Summer signing Oliver opened the scoring after 18 minutes when he met Jordan Graham’s deep cross and headed in off the inside of the post.

After his first shot fortuitously deflected back to him, Mellis then doubled the Gills’ advantage with a spectacular half-volley from 20 yards. It was the former Chelsea trainee’s first goal since April 2019.

Oxford ended the half strongly as Gills goalkeeper Jack Bonham denied Josh Ruffels with an excellent point-blank save and Cameron Brannagan somehow missed an open goal after latching on to Anthony’s Forde’s delivery across the face of goal.

Karl Robinson’s side got the goal they deserved just three minutes after the break when Dan Agyei capitalised on hesitant Gillingham defending to poke the ball past Bonham.

An unmarked Matty Taylor squandered the U’s’ best chance to equalise when he headed Forde’s free-kick into the ground before former Oxford loanee Graham sealed the win with a close-range volley 20 minutes from time after good play from Ryan Jackson.