West Ham’s Issa Diop sparked mass search for his wedding ring including ‘four groundsman, a magnet and a body scanner’ after dropping it as he came on against Fulham

The defender started the game on the bench but was brought on in the 63rd minute to replace an injured Angelo Ogbonna at the London Stadium.

As is customary, Diop was checked by the fourth official as he waited to enter the fray. 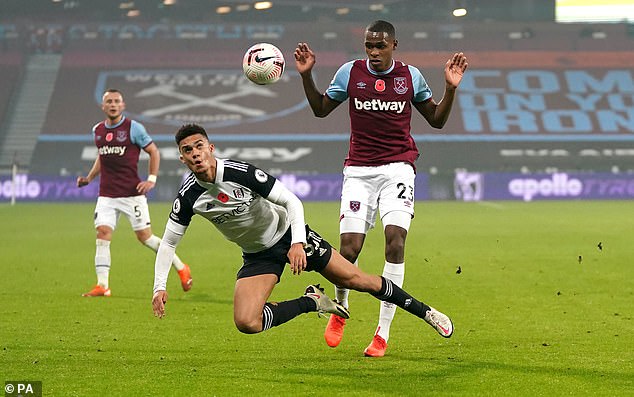 It was found that he had forgotten to take off his ring, the 23-year-old proceeding to pop it off with his teeth.

However, it dropped to the floor before he was able to catch it and hand it over to the club’s Head of Player Care, Hugo Scheckter.

Scheckter was then left on his hands and knees, frantically searching the ground for the ring as Diop made is way on to the pitch to take his place in defence.

Thankfully for Mr and Mrs Diop it was eventually found, but not without help.

That wasn’t the only cause for celebration for the home side, who won 1-0, courtesy of  91st minute strike from Tomas Soucek.