Jose Mourinho insists he will still find plenty of love when he returns to Old Trafford this weekend. However, he fears there may not be quite so much of it left at Tottenham next week as the reality of the transfer window closing begins to hit home.

The Tottenham manager sat in the hot seat at Manchester United from 2016 until 2018, winning the Europa League, EFL Cup and the Community Shield.

And he is expecting a warm welcome when he takes his Tottenham side there tomorrow in search of a win to kick-start their league campaign.

“I gave my life to the club and my professionalism, like I always do.

“Internally, lots of friends for life, lots of amazing people that I met in the club. 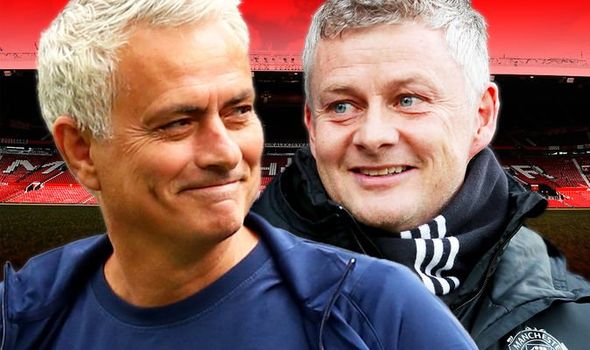 “I only have good feelings, feelings that I will have to forget in 90 minutes because for 90 minutes, they want to win, I want to win, that’s football.”

After that, Mourinho makes no apologies for his plans to put his feet up after what he describes as his “hardest” period in professional football.

The trip to Manchester United will be Spurs’ ninth game in 20 days as Tottenham walked a tight-rope of sudden-death games to reach the Europa League proper and the Carabao Cup quarter-finals where they face Stoke City.

“I’ve never had anything like this before. Never. After Sunday, for me and the players, that are not going to the national team, we will have an amazing week to relax, to get energy again.”

First, though, is the small matter of the final day of the transfer window. Benfica agreed a loan signing worth £2.7m for Brazilian striker Carlos Vinicius subject to a medical which could be converted into a £40.8m permanent signing in the summer.

Furthermore, they are still being linked with a move for Inter Milan centre-back Milan Skriniar – with Spurs currently some way below the Italian side’s £45m valuation.

However, it is having too many players, not too few, that is concerning Mourinho – with players such as Danny Rose, Juan Foyth, Sergio Aurier, Ryan Sessegnon and Paulo Gazzaniga all seemingly surplus to requirements. 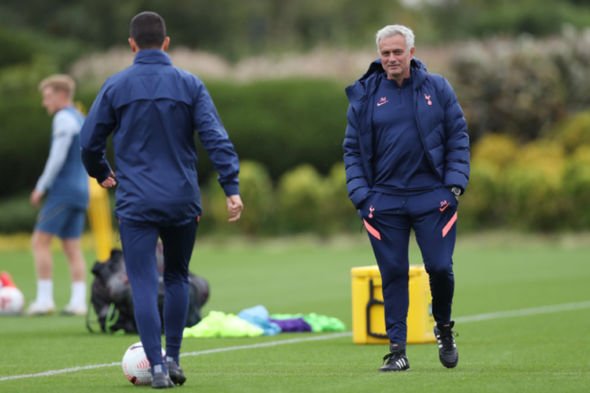 “For sure, we are not going to keep every player in the squad over normal numbers.

“I like to work normally with a squad of 22 players plus the keepers and we are not going to be far from that number.

“I agree that it’s impossible to keep everybody happy when you have so many players because every weekend, every match, some players will not be playing and that’s not good for them especially when they are good players.

“But my job is not to keep them happy. My job is to do the best for the club and to get the best possible results.”