Jurgen Klopp says he will look for solutions to Liverpool’s injury crisis in January, but has backed the club’s youngsters to step up in the absence of several key players.

England internationals Joe Gomez (knee) and Jordan Henderson (thigh) were the latest to be added to the injury list in the last few days, with the former potentially being ruled out for the rest of the season.

With Virgil van Dijk and now Gomez sustaining serious injuries, Klopp is again down to one senior centre-back in Joel Matip, while Trent Alexander-Arnold’s continued absence with a calf problem means Klopp will be able to field only one of his first-choice back four against Premier League leaders Leicester on Sunday.

Klopp is also waiting for the return of midfielders Fabinho, who can also play in the centre of defence, Thiago Alcantara and Alex Oxlade-Chamberlain, while youngsters Rhys Williams and Neco Williams are injury doubts this weekend.

Mohamed Salah, meanwhile, has tested positive for coronavirus, although Klopp avoided criticising the forward for attending his brother’s wedding.

Listen to the Sky Sports Pitch to Post Podcast on: Spotify | Apple | Castbox

“That we look for solutions and the transfer market – that is clear. But in the moment we have the situation we have.

“I don’t want to compare situations but when I came to Dortmund in 2008 my two centre-halves were 19 and turned 20 that winter and we played with them for that entire time. Mats Hummels and Neven Subotic. 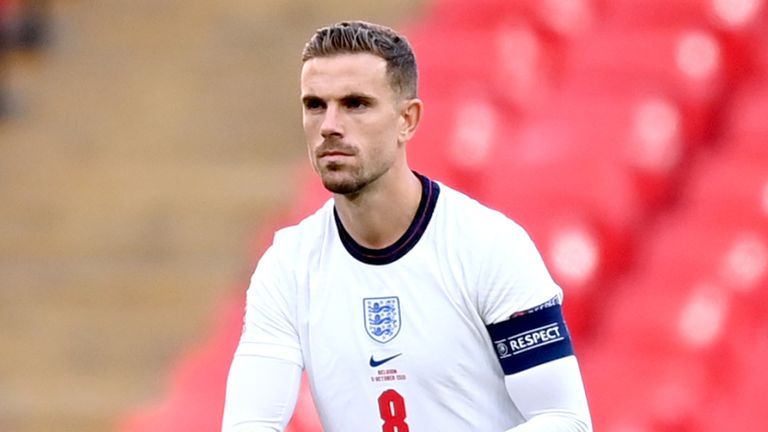 “They can smell the chance and they step up. They want to show they are ready and we will see.

“We have midfielders – not in the moment but hopefully in a couple of weeks – who can play the more defensive role as well. For the moment we are fine.

“I’m really confident it will work out with the boys and then hopefully we can convince the rest of the world as well.”

Fabinho has a chance of being fit for Sunday after returning to training but the wait appears to be going on for Thiago, the summer signing who so energised the fanbase following his arrival from Bayern Munich.

The Spain international played just 135 minutes in two appearances before sustaining a knee injury in last month’s Merseyside derby – overshadowed by the anterior cruciate ligament injury sustained by Van Dijk in the same match – and his return is taking longer than expected.

When it was suggested supporters are desperate to see the world-class midfielder back in action, Klopp replied: “So am I. I cannot change these things. We have to deal with the consequences of injuries, of the accidents, the fouls or whatever. 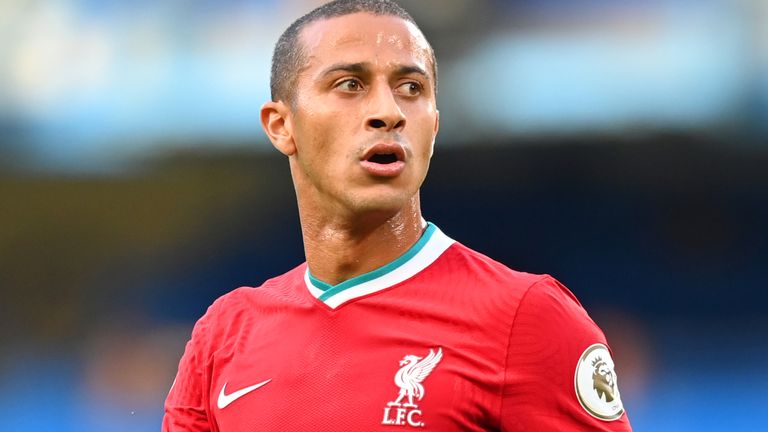 “In the beginning we got the horrible pictures from Virgil and were kind of relieved it’s not that serious for Thiago, but it was always clear it wouldn’t be two or three days.

“At first we thought it would settle quickly but it didn’t and that’s what you have to accept. We will not rush it. We prepare him for the rest of the season, not for the first game he can play again.

“Players have to train in the big sessions with the team, and not only once.

Liverpool injury crisis: How will they cope against Leicester?

Vinny O’Connor joined the Pitch to Post Preview Podcast to assess Liverpool’s growing injury list and how it will affect Jurgen Klopp’s team selection and tactics against Leicester on Sunday.

“Yes injuries have impacted on them, but they have been able to utilise that squad and grind out those results which have kept them in contention.”

Tags: boss, h, Jurgen, Klopp, Liverpool
You may also like:
Recent Posts
This website uses cookies to improve your user experience and to provide you with advertisements that are relevant to your interests. By continuing to browse the site you are agreeing to our use of cookies.Ok