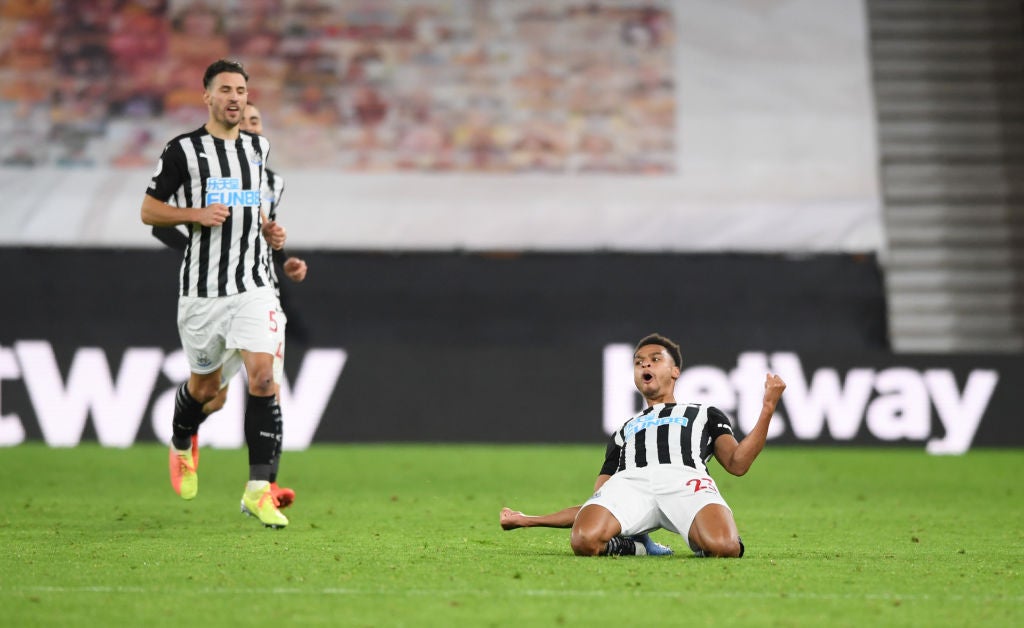 Much like the first half, Newcastle relied on sporadic breaks and Miguel Almiron’s shot was blocked after good work from Murphy and Wilson on the hour.

And the visitors defended valiantly until Jimenez struck with 10 minutes left.

Neto’s deep free-kick was cleared to the striker, lurking on the edge of the area, and he cracked in a fine half-volley from 18 yards.

But there was still another late twist when, after Connor Coady felled Wilson on the edge of the box, Murphy curled a clever low free-kick around the wall and into the bottom corner with a minute left.