Lionel Messi became the first player to score in 16 consecutive Champions League seasons as he guided 10-man Barcelona to a 5-1 victory over Hungarian side Ferencvaros in their Group G opener at the Camp Nou on Tuesday.

Messi netted from the penalty spot in the first half for his 116th career goal in the competition, before the lively Ansu Fati added a second.

Philippe Coutinho grabbed another goal early in the second half but Barca defender Gerard Pique was dismissed for impeding Tokmac Nguen, leading to a penalty for the visitors that was converted by Igor Kharatin.

Any thoughts of a dramatic comeback were quashed though as 17-year-old Pedri netted his first Barca goal after arriving from second-tier Las Palmas at the start of the season, and Ousmane Dembele added the fifth late on. 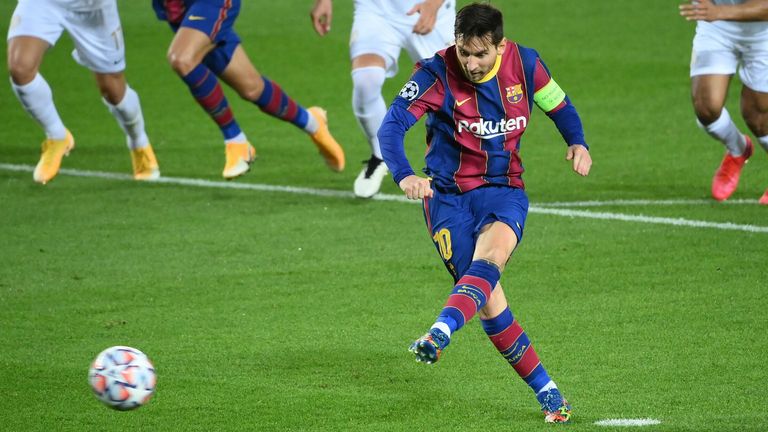 The Catalan side move above Juventus on goal difference at the top of the group after the Italian champions won 2-0 away at Dynamo Kyiv earlier on Tuesday thanks to a pair of classic poacher’s goals from Alvaro Morata.

Juve coach Andrea Pirlo enjoyed his first win as a manager in Europe’s elite club competition, which he won twice with AC Milan during his playing days as a midfielder.

A clever backheel by Aaron Ramsey set up Dejan Kulusevski and although the Swedish winger’s shot was saved, Morata was on hand to fire home the rebound and the Spaniard then stole in front of his marker to head home from close range in the 84th minute.

Meanwhile, Lazio‘s Ciro Immobile scored against his former club Borussia Dortmund in a 3-1 home victory marking their return to the Champions League group phase after a 13-year absence on Tuesday.

Their second was credited as an own goal by keeper Marwin Hitz while substitute Jean-Daniel Akpa-Akpro got the third as the Italians shrugged off their poor form in the new Serie A season to secure a winning start to their Group F campaign.

Dortmund’s Norway striker Erling Haaland kept up his prolific Champions League scoring form with a second-half goal to make it 2-1 but that was to be the German club’s consolation.

Earlier in Group F, Club Brugge made a perfect start as a stoppage-time goal by Charles De Ketelaere gave them a 2-1 win at Zenit St Petersburg.

After a drab first half, Emmanuel Bonaventure fired the visitors ahead in the 63rd minute when he swept in a rebound from two metres after Yaroslav Rakitskyy twice cleared close-range efforts by De Ketelaere off the line.

Sebastian Driussi missed a gilt-edged opportunity to equalise when he blazed a shot over the bar from 10 metres before the home side levelled thanks to a freakish own goal by visiting goalkeeper Ethan Horvath in the 74th minute. 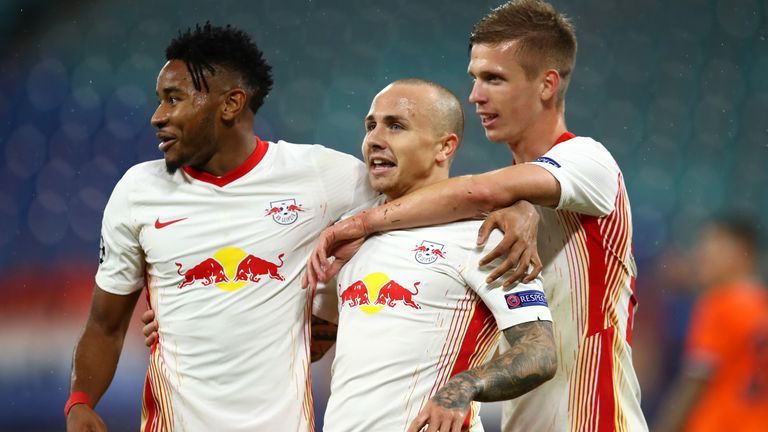 In Manchester United’s Group H, Angelino struck twice in four minutes to give RB Leipzig a 2-0 victory over Istanbul Basaksehir.

The 23-year-old, on loan from Manchester City since January, turned into an accomplished centre-forward when he beautifully controlled a Kevin Kampl cross into the box with a fine first touch, pivoted on the spot and fired in for the lead after 16 minutes.

He then completed a quick counter-attack four minutes later after the visiting Turks lost possession in their own half.

Rennes marked their Champions League group-stage debut with a disappointing 1-1 draw at home to Russian side Krasnodar, conceding an equaliser just moments after scoring.

But the depleted Russian side equalised three minutes later when left-back Cristian Ramirez’s long-distance strike beat Alfred Gomis at the near post.