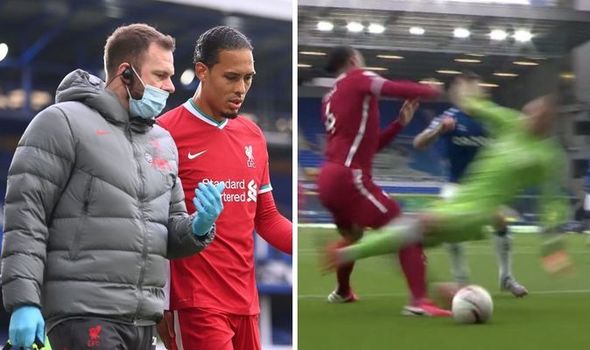 Jurgen Klopp issued an update on Virgil van Dijk after he was forced off with a knee injury in the Merseyside derby, The Reds boss has been left furious that Jordan Pickford’s challenge in the first ten minutes went unpunished.

Now Klopp fears his star defender could be set for a spell on the sidelines. He told Sky Sports: “It’s not good. He plays with pain, he plays almost every game so but he couldn’t play on so it’s not good.

We’ll be bringing you the very latest updates, pictures and video on this breaking news story.

For the latest news and breaking news visit: express.co.uk/sport/football

Stay up to date with all the big headlines, pictures, analysis, opinion and video on the stories that matter to you.