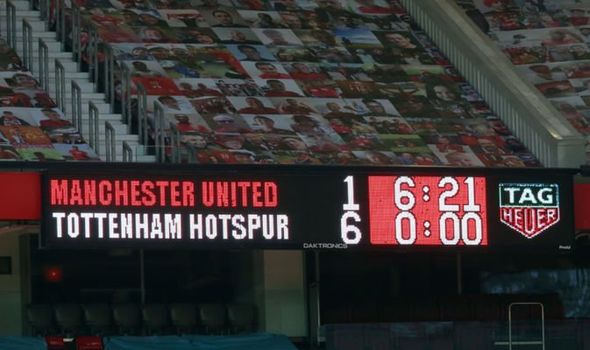 Not helped by his defence, but failed to command his six yard area and some poor distribution

Gifted acres of space to Reguilon early was regularly beaten

one brave block to deny Ndombele but outpaced by Son for opener and awful pass to set up Spurs third, poor day

Poor header for Spurs opener, quick to overcommit on several occasions and all at sea for fourth

Dismal. Co-creator of first goal chaos, slack for fifth and gave away penalty for six. Lucky to survive half time hook.

Bypassed and outmuscled by Spurs midfield, no surprise he did not make it out for second period

Created penalty and took it well but drifted out of game from there on, sacrificed at half time

Like Greenwood received little service aside but generally a peripheral presence

Good movement to win penalty, little urgency after and drawn in to red card too easily

Did some running a lost cause after second half appearance