Report as Paris Saint-Germain striker Neymar moves onto 64 Brazil goals, 13 behind Pele on 77 and two ahead of Ronaldo, whose last cap for his country came in 2011 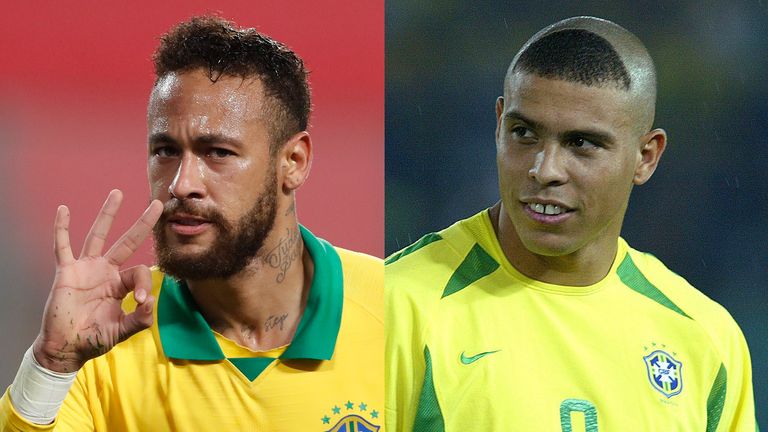 Neymar moved past Ronaldo into second place in Brazil’s all-time goalscoring rankings with a hat-trick in a 4-2 World Cup qualifying win in Peru.

Peru’s Andre Carrillo scored his third goal in two games to put the home side ahead after six minutes with a crisp volley from outside the box but Neymar equalised from the spot in the 28th minute after he had been fouled.

Peru went ahead again after 59 minutes when Renato Tapias’ 25-metre shot hit Rodrigo Caio before rolling into the net, only for Richarlison to equalise five minutes later.

Neymar put Brazil ahead with another penalty with seven minutes left and, after Peru’s Carlos Zambrano was sent off, scored his 64th international goal when he stabbed home in injury time to make it 4-2.

Only Pele, with 77 goals, has scored more for Brazil than Neymar. 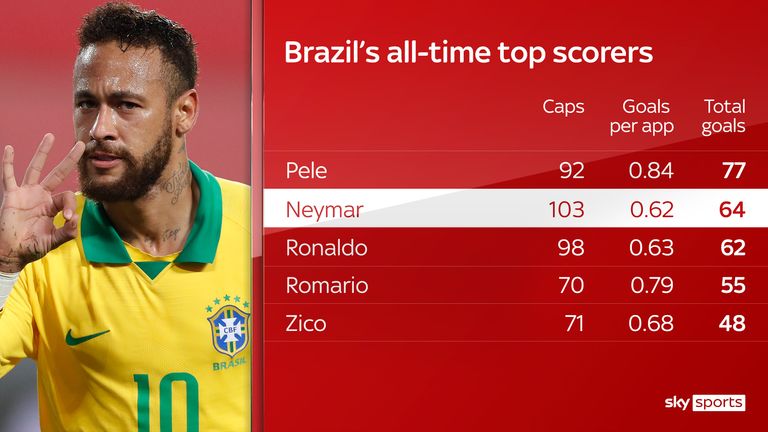 Brazil and Argentina top the group after winning both of their opening matches, while Paraguay, who drew with Peru in their opener, are third on four points.

Brazil boss Tite, speaking after the win, was reluctant to compare Neymar with the country’s past stars, saying: “What I can say is Neymar has this unpredictability.

“He is the bow and the arrow, he’s a player who both makes and takes chances. And he gets better and better, and more mature.”