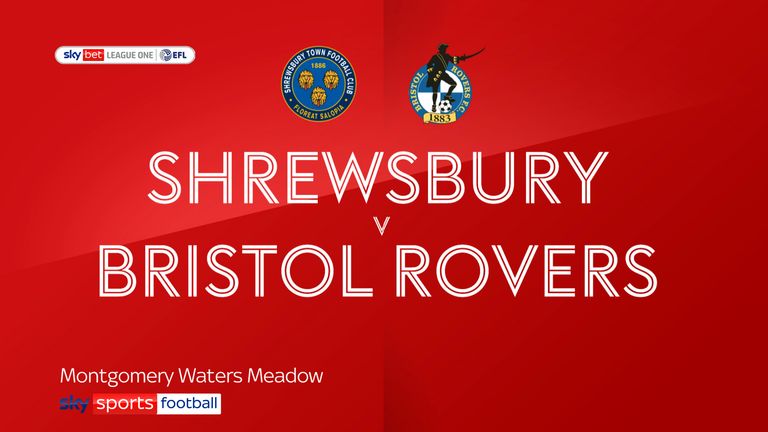 Brandon Hanlan’s first-half goal secured a third win in four Sky Bet League One games for Bristol Rovers with a 1-0 victory at Shrewsbury.

Shrewsbury responded brightly and Leon Clarke fired a first-time effort just the wrong side of a post after being set up by Dan Udoh’s clever pass.

The experienced Clarke then went even closer when he headed against a post from close range.

Rovers almost doubled their advantage on the stroke of half-time, but Shrewsbury goalkeeper Deyan Iliev was quickly off his line to block David Tutonda’s effort.

Iliev saved from Josh Hare early in the second half and then Shrewsbury were denied an equaliser when substitute Jan Zamburek’s shot was cleared off the line by Max Ehmer.

Rovers almost doubled their lead in the closing stages but Iliev saved well from Hanlan.