ON THE DAY Southampton sealed the signing of a new central midfielder, Oriol Romeu picked a good time to steal the show.

A spectacular and rare goal from the Spanish anchorman put the seal on a thoroughly satisfying afternoon for the south coast club and manager Ralph Hasenhuttl in particular.

Three points to make it successive wins and clean sheets, Southampton getting off the mark for the season at home, two goalscorers easing the burden on Danny Ings and Ibrahima Diallo’s £12m capture from Stade Brestois completed. 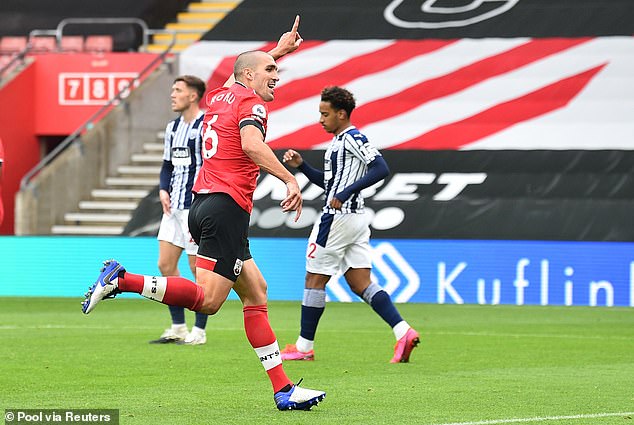 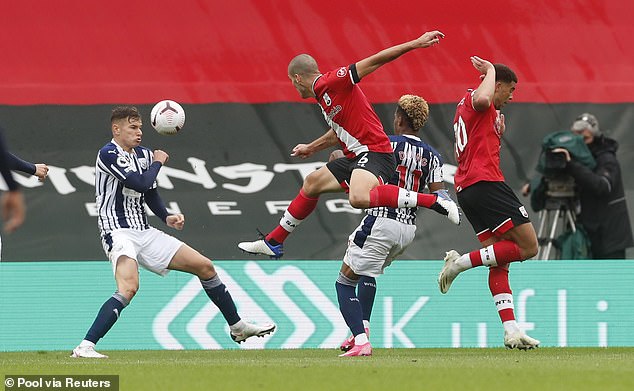 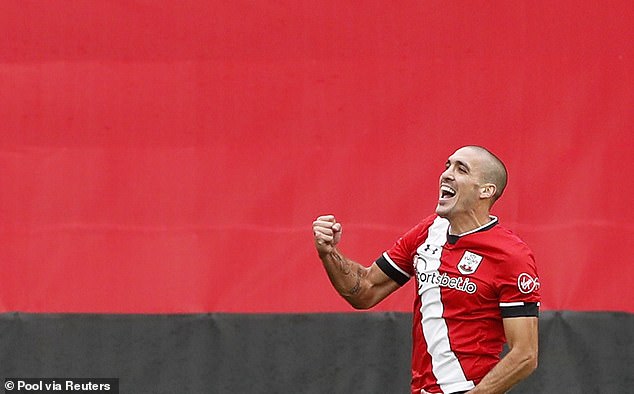 After Southampton’s concerning start to the season – three defeats on the bounce – today as a whole was another step in the right direction for Hasenhuttl and his men.

Moussa Djenepo got them on their way against a West Brom side who posed them few problems with an eye-catching goal of his own before Romeu’s flying volley wrapped up all three points at St Mary’s. Ings had previously scored all three of Southampton’s league goals.

Romeu is more renowned for the dirty, unnoticed work he does in front of Southampton’s defence than hitting the net and this was just the eighth goal of his career. 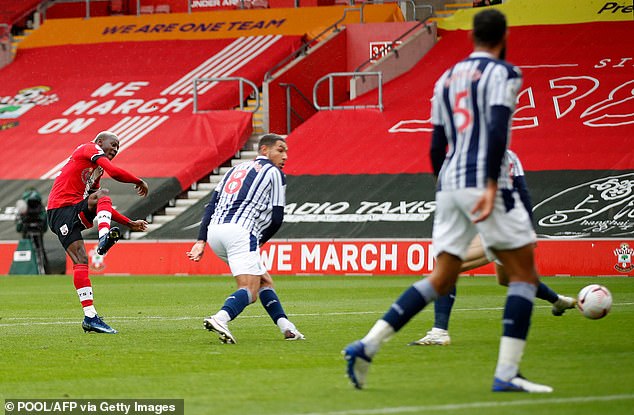 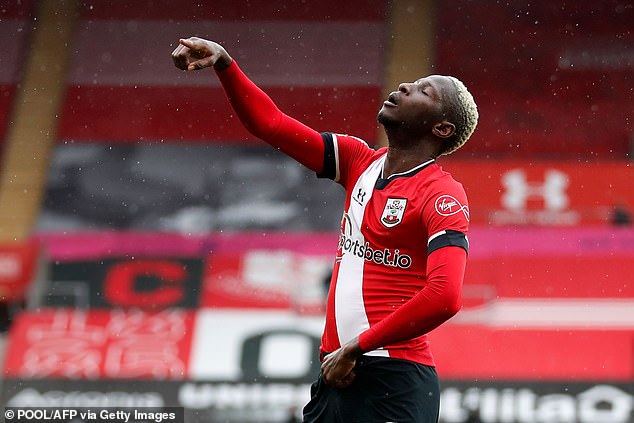 But his improvised volley was a beautiful strike that earned him the deserved acclaim of his teammates and staff.

His first goal since February 2019 was also a timely contribution with Diallo’s arrival confirmed and potentially further midfield additions before tomorrow’s deadline.

Southampton began like a side buoyed by their first win of the season last time out at Burnley, with intent and purpose in their sharp passing.

There was also more evidence of why West Brom had conceded a record 11 league goals in their opening three games.

Twice Southampton got in down their right hand side, with far too much ease for Slaven Bilic’s liking.

Ryan Bertrand’s thumping drive was repelled by Sam Johnstone on the first occasion, the start of a busy first half for West Brom’s goalkeeper.

Stuart Armstrong then shrugged off a flimsy challenge before smacking a shot against the post holding up Johnstone’s net. Ten minutes later he was called into action twice in quick succession.

Firstly he got down sharply to prevent Semi Ajayi turning Kyle Walker-Peters’s cross into his own net and was up quickly to prevent Che Adams turning in the loose ball, sticking out a foot to send the ball over his bar. 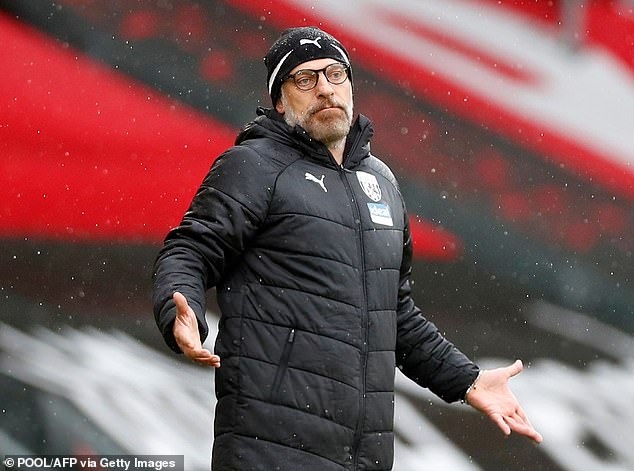 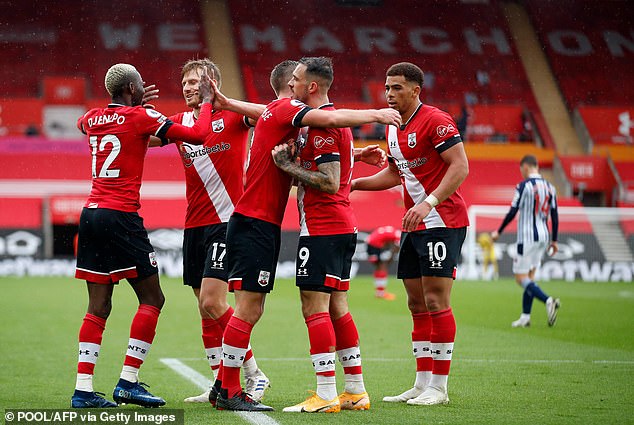 That was good, but Johnstone’s next contribution was even better. James Ward-Prowse whipped in one of those vicious free-kicks that seemingly only needs the slightest touch to result in a goal.

Danny Ings added that with a glancing header but Johnstone flung himself to his right to fingertip the ball wide.

But then came the warning before the goal. Adams fired inches wide after Southampton robbed West Brom of possession in midfield.

The visitors did not learn their lesson. The same happened again just before half-time, Adams and Ings kept the attack going and the latter’s cross deflected to Djenepo who took a touch, fooled two defenders with a Cruyff turn and found Johnstone’s bottom corner.

It was going to take something pretty good to beat Johnstone. Djenepo’s first goal since last September was just that.

A one goal half-time lead was the least Southampton deserved. West Brom, meanwhile, had offered little. Their lack of cutting edge and threat in open play was clear. 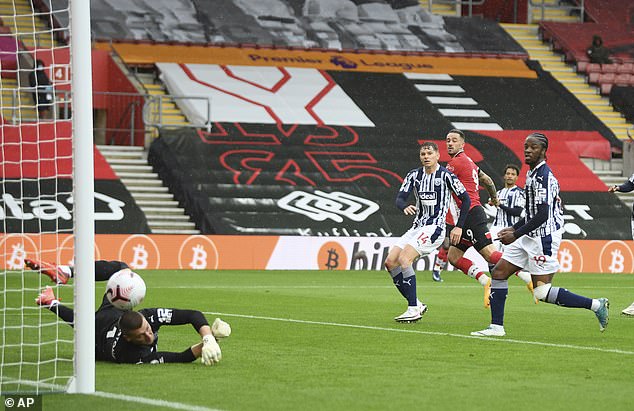 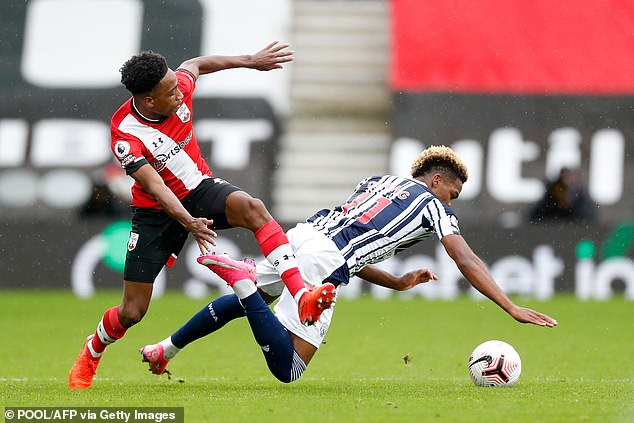 So too was why Bilic is so determined to increase his firepower with Huddersfield’s Karlan Grant his top target.

They did threaten from set pieces after the break, Bertrand almost turning one free-kick into his own net, Grady Diangana seeing an effort kicked clear by Alex McCarthy and Ajayi and Kyle Bartley both failing to get the decisive touch on Matheus Pereira’s free-kick.

Southampton were not having as much joy creating chances in the second half as they did in the first.

And from what was only half an opportunity Romeu put the game to bed. He had plenty to do when Stuart Armstrong lifted a hopeful ball into a dangerous area.

But Romeu charged into a gap he spotted in the area, forcing Adams out the way, before meeting the ball perfectly mid-air and directing a volley past a helpless Johnstone with the outside of his right foot.