‘He’s one of the best players around’: Vinicius Junior hails ‘idol’ Karim Benzema as he thanks French striker for helping him develop at Real Madrid

Vinicius Junior has thanked Karim Benzema for the pivotal role the French striker has played in his development at Real Madrid.

The Brazilian scored in back-to-back games for the first time in his Madrid career against Valladolid and Levante and puts much of his progress down to his strike partner.

‘Karim is an idol and it’s a real pleasure to play alongside him,’ he told Real Madrid TV. 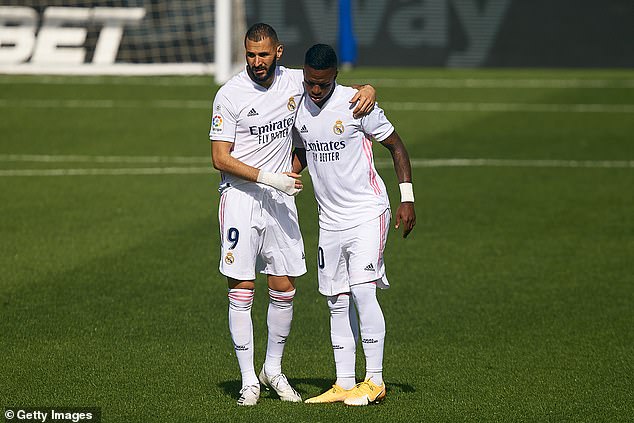 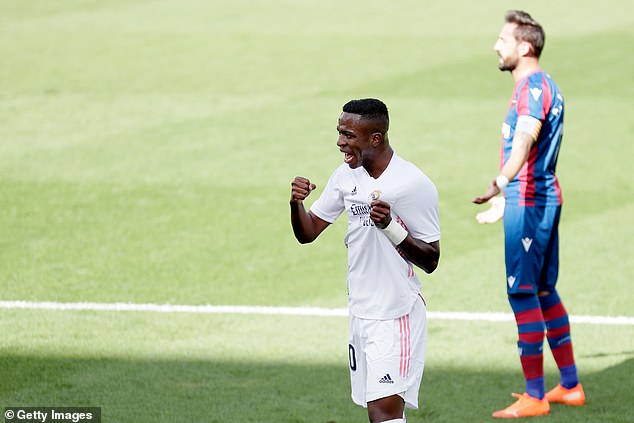 ‘Whenever we’re together we always talk about how he can help me and the ways in which I improve.

‘Since I joined the club, he has helped me to keep calm and pick the right option.

‘He’s one of the best players around and he can help me a lot,’  he added.

‘It’s a dream come true to play alongside all the players that are here. I make the most of every moment with them and listen a lot.

‘They always help me and know that I learn from them.’

Vinicius has previously been criticised for his finishing ability, and the Brazilian says he is still learning after arriving at the Spanish giants aged 18 for a reported £41million from Flamengo in 2018, having signed terms a year earlier. 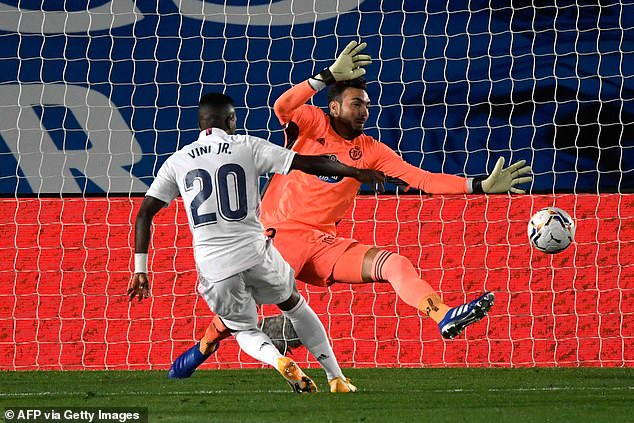 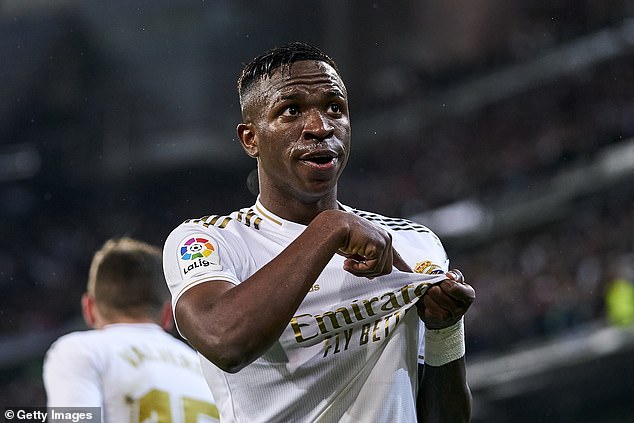 ‘I joined Madrid at the age of 18 and everything was new to me,’ he admitted.

‘I continue to learn and develop to help now and in the future.

‘I’m going to continue improving a lot to help in every aspect. I want to lift the treble,’ he concluded.

Vinicius’s decision-making has not always been perfect and he scored just three goals last season as Los Blancos won their 34th LaLiga title, although one of those set up a crucial 2-0 Clasico victory against Barcelona.

But he has started this season strongly, netting the winner against Valladolid and opening the scoring in Madrid’s 2-0 win over Levante on Sunday – both composed finishes which suggest he is becoming more lethal in front of goal.

His emergence in attack is all the more important given Eden Hazard’s absence from the team, and Zinedine Zidane will be hoping the 20-year old continues to flourish alongside Benzema.