Virgil van Dijk limped out of Liverpool’s 2-2 draw with Everton on Saturday. And the Reds are reportedly furious at beIN Sports pundit Richard Keys for claiming the Netherlands international could miss the next seven to eight months of football with an ACL injury. The Dutchman was forced out of the contest at Goodison Park after being clattered by Toffees goalkeeper Jordan Pickford.

Liverpool were unable to secure a return to winning ways against Everton on Saturday afternoon.

The Reds took an early lead through Sadio Mane, who fired home from close range after being found by Andy Robertson inside the penalty area.

Everton then levelled through Michael Keane, with Liverpool retaking the lead via Mohamed Salah in the second half.

But, late on, the hosts snatched a point with Dominic Calvert-Lewin rising highest to unleash a powerful header that sailed beyond the reach of Adrian.

The biggest talking point of the game was Van Dijk’s injury, however.

The 29-year-old was clattered into by Pickford, who escaped a red card for the tackle. 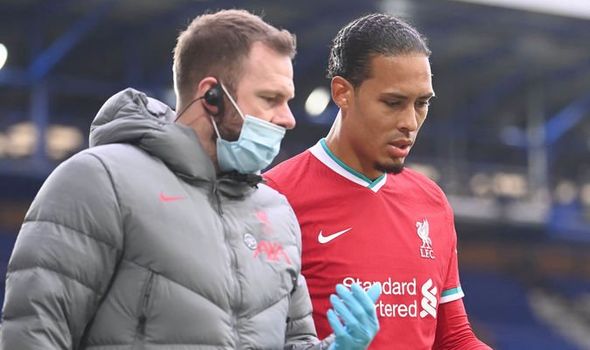 In the aftermath of the contest at Goodison Park, beIN Sports pundit Keys said: “The information that we are receiving is that he has done his anterior cruciate ligament.

Yet the Daily Mail say Liverpool are furious at Keys for his comments.

They’re currently waiting to determine the full extent of Van Dijk’s injury, with the centre-back going for scans to determine what’s been done.

While that’s the case, however, they’re said to be fearful Van Dijk will miss a large section of the campaign through injury – if not all of it.

Emotions within the Reds’ ranks were running high after the game, with Jurgen Klopp aggrieved at seeing a late Jordan Henderson goal chalked off for offside. 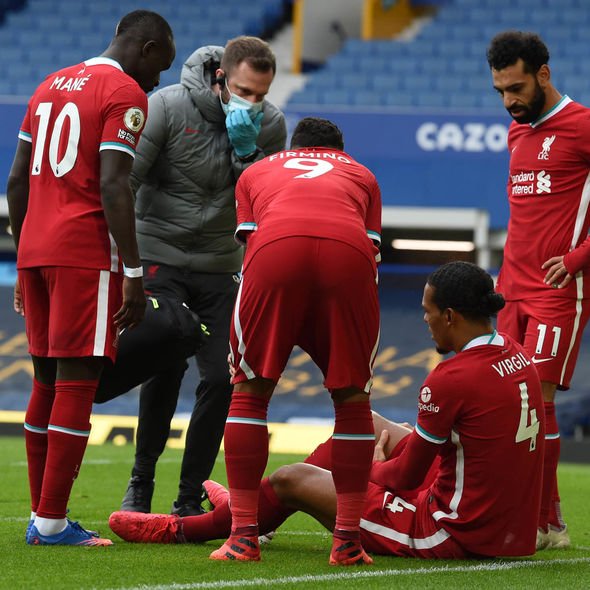 On Van Dijk’s injury, the German said: “I don’t know [how serious it is], I don’t know, but it is not good.

“Virgil played for us I don’t know how many games in a row. He plays with pain, he plays with pretty much everything, but he couldn’t play on. That’s not good.”

Thiago Alcantara also sustained an injury after the match after being tackled by Richarlison, who received his marching orders as a result.

“When I left the pitch, Thiago told me in the red card situation with Richarlison he thinks he got injured,” Klopp added.

“We will see if it’s true or not, but if he felt like this then we need to have a look.”

Meanwhile, Match of the Day pundit Alan Shearer has ripped into VAR for failing to dismiss Pickford on Saturday afternoon.

“It was an awful challenge, a real terrible tackle,” he said.

“The first mistake comes from Michael Oliver for not spotting it anyway.

“They gave offside, the VAR referee is concentrating on the offside, but once that has been given, how has David Coote not recommended to Michael Oliver that he goes and looks at it?

“That’s what VAR was meant to be brought in for – for clear and obvious errors.

“Michael Oliver has had one there, it’s serious foul play, it’s endangering the opponent, and it’s clear it’s a red card.

“It should be a red card, and VAR should send Michael Oliver to the monitor and say ‘I think you’ve made a clear error, send him off’.”