Liverpool striker Roberto Firmino has hailed Philippe Coutinho for his performances while on international duty with Brazil. The midfielder was rumoured with a possible Anfield return in the summer but ended up staying at Barcelona.

Firmino also opened up on Mohamed Salah and Alisson as he strives for World Cup glory.

Coutinho was linked with a Premier League return this summer with the likes of Liverpool and Tottenham linked with his signature.

The 28-year-old was down the pecking order at Barcelona and seemingly on his way out of the Nou Camp.

Ronald Koeman was made the new manager at the club and Coutinho is now back in contention for matches.

JUST IN: Man Utd confirm Edinson Cavani is out of Newcastle clash 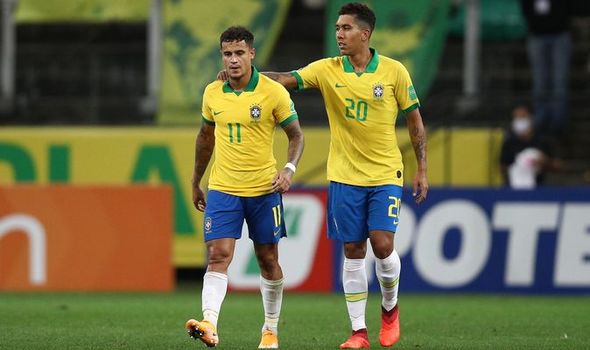 “He has magical powers. He produces plays that don’t exist, that you couldn’t make up.

“You always have to watch replays of his plays to understand what he’s done.

“I’m a huge fan of his. He’s one of the very best players in the world.”

He added: “I admire Salah a lot. I love the way he plays. He scores a lot of goals.

“You wouldn’t believe how hard he works. I’m very grateful to play alongside him and [Sadio] Mane, another magnificent player.”

On goalkeeper Alisson, Firmino believes he is without doubt the best in the world in his position right now. 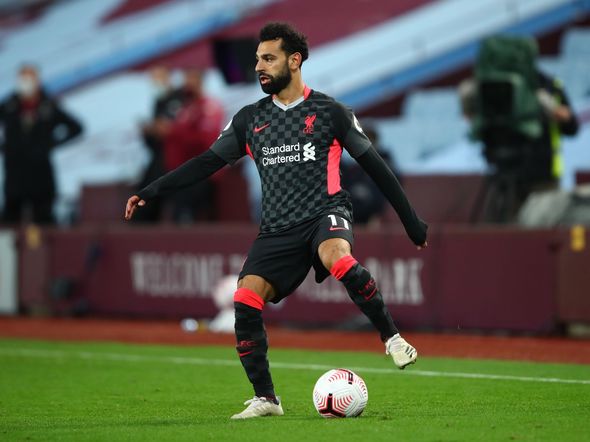 He explained: “For me he’s the number one. I’m not just saying that because he’s my team-mate.

“The things he does on the pitch are incredible. He’s already done a great job for the Seleção. And off the pitch he’s a sensational guy.

“He’s a great person, a great friend, someone I get on with really well.”

Firmino is also desperate to win the World Cup after all the success he has enjoyed at Liverpool in recent seasons.

He said: “So, so, so, so much. Much more than you can imagine. I’ve won the Champions League, the FIFA Club World Cup, the Premier League.

“[The World Cup] is what’s missing for me. I have to keep working hard and dreaming, and we have to believe that this is possible in 2022.

“I’m immensely proud to be part of this Seleção, to play with these players, for these coaches. I have tremendous belief in this group of players and the coaching staff.”

Liverpool return to action against Everton in the Merseyside derby at 12.30pm on Saturday in the Premier League.