Manchester United boss Ole Gunnar Solskjaer has revealed he noticed Chelsea were ‘solid’ in their Champions League draw with Sevilla on Tuesday night. The Norwegian’s side take on the Blues in the Premier League on Saturday night. And they’re hoping for a third win on the trot after recent victories over Newcastle and PSG.

United’s Premier League clash with Chelsea has the potential to be epic.

Both teams have endured sluggish starts to the new season, having both finished in the Champions League qualifying slots last term.

United have picked up some momentum going into the match, recently beating Newcastle 4-1 before shocking PSG with a 2-1 win on Tuesday night.

Chelsea, however, are looking for a first win in three after slipping to draws against both Sevilla and Southampton at Stamford Bridge.

But Solskjaer has revealed he noticed a more ‘solid’ Blues team in their 0-0 stalemate with Sevilla on Tuesday night. 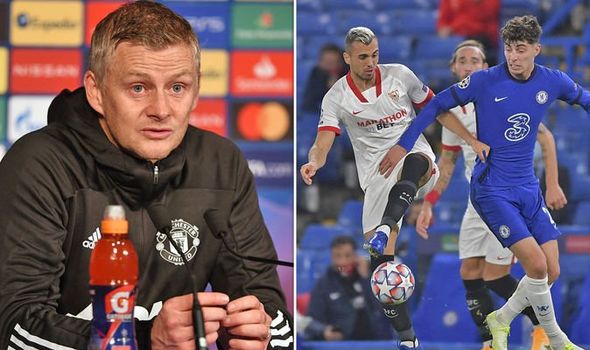 “We had four high-quality games with them [last season] and it’s always a game between two good teams, who want to push up the table and challenge the top two from last season and the last few seasons,” he said.

“I expect two good teams to play against each other.

“They looked solid against Sevilla, we know all about Sevilla and a 0-0 against them is a good performance.

“It is what it is, a big game and we’ve had many, many big games against them in the last few seasons, in the cups and everything. We know more or less everything about each other and I’m looking forward to it.”

On how big a factor momentum is, he added: “When you’re a footballer, you just want the games to come. 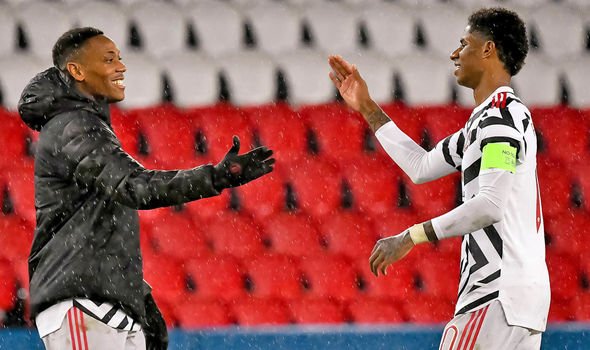 “If you win, you want another one. If you lose, you want to make it right but, when you win games, the whole group dynamic and you, as an individual, are more positive.

“You’re getting your confidence and you look forward to the games more and you play more freely and creatively and you trust yourself.

“Before Newcastle, everyone was really, really determined to put the last result right and now it’s important that we have the same mentality going into every game which is that we’re going to outfight and outrun teams which is what we’ve done in the last two games.”

“There is a witch hunt against Manchester United in certain ways,” he told talkSPORT.

“People are looking at a situation that’s happening there within the club and their hierarchy.

“There’s a massive issue against Ole Gunnar being manager of Manchester United.

“There’s a lot of people who can’t wait to throw knives every time United lose a game. They’ll never pat him on the back for winning a game of football, but they’ll throw knives at him when he loses.

“He’s a good fit for Manchester United at this moment in time. They needed somebody like that when Jose Mourinho went.

“They needed someone who was going to put the club first and look at every area that needed the soft touch and a bit of a cuddle.”