Ollie Pope says the inaugural edition of the Hundred next year presents an ideal opportunity to put himself in the shop window for England’s white-ball sides.

The Surrey batsman was last week awarded a red-ball central contract for the first time, ultimately leading to his move to Welsh Fire in the 100-ball tournament.

While Pope’s Test duties may restrict his involvement in the flagship event, he hopes to capitalise on any chance he gets for the Cardiff franchise. 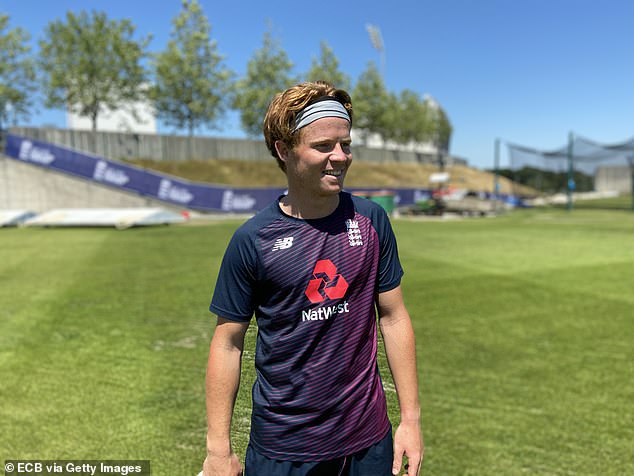 A starring role for his new side could help Pope realise his ambition of representing England in every format and playing in Twenty20 competitions such as the Indian Premier League.

Pope, who is undergoing rehabilitation after dislocating his shoulder for a second time, said: ‘It’s a great opportunity to learn from the best but also put your name forward to get on to that next level, which could be franchise or international stuff.

‘I’d like to see myself playing all three formats but that comes through success at Test level and then if I put in some good performances for Surrey and Welsh Fire, you can use that as a stepping stone.’