I met Darren Waller five years ago — and to say a lot has changed since then would be a spectacular understatement.

Today, the 28-year-old Las Vegas Raider is one of the league’s best tight ends. But back in the 2015 and ’16 seasons, when we were teammates on the Baltimore Ravens, he was just beginning his NFL career. And he was near the peak of an addiction with drugs and alcohol, consumed with the pursuit of his next high, on the brink of falling into oblivion.

Waller’s journey is one of many layers. And he willingly delved into that journey with authenticity and candor during a recent one-on-one discussion about his arduous battle with addiction, which will air in Tuesday’s NFL 360 at 8 p.m. ET on NFL Network.

Back when we shared the Ravens wide receivers room, however, Waller would shed only a sliver of light on his internal struggles during our sporadic non-football conversations, as I can vividly remember. Waller will be the first to tell you that at that point, deep into an addiction that spanned back to high school, he was merely there to punch the clock and collect a paycheck. He’d say to me:

By his demeanor and tone of his voice, I knew he hadn’t confided in many people (which he later confirmed), and I sensed his internal dialogue was not in a good or healthy place. Having gone through my own years-long battle with depression, I can feel when a person is struggling internally. And something was off.

Waller was suspended by the league for violating the NFL’s policy on substance abuse for the first four games of the 2016 season. During that time, we had conversations in which Waller shook off failed drug tests like he’d merely pulled a hamstring or was dealing with some kind of minor injury that would quickly heal. He then was hit with a year-long suspension in June of 2017.

Waller’s initial reaction was relief. As he put it to me recently: “I’d rather the league put me out of my misery than look like a quitter and come out and say, ‘I don’t want to play football anymore.’ “

Soon after that, Waller hit rock bottom. On the day of the Ravens’ first preseason game, in August 2017, Waller passed out for hours in his car after taking prescription pills that, unbeknownst to him, were laced with fentanyl. Feeling closer to death than ever, Waller knew he had to make a change.

He admitted himself to Borden College at McLean Hospital in Camden, Maine, which is known for its signature addiction-recovery program. Waller spent 30 days getting right, both mentally and physically — an experience that was challenging but necessary, he said — before returning home to Acworth, Georgia.

In December of 2017, I was covering a Thursday Night Football game in Atlanta, and I reached out to Waller about meeting up for dinner. I was pleased to find a smiling, energetic Waller across the table. During a two-hour, conversation-filled meal between friends, he shared everything: that lowest-of-lows moment in his car, his life-changing stay at Borden Cottage, how he finally found self-love and his purpose. I also learned he had a job working at a local Sprouts Farmers Market.

Wait … This talented guy is stocking shelves? I thought, before quickly realizing it didn’t matter what he was doing. The only thing that mattered was that he had joy and was in a great place. He was motivated and ready for his second chance at life, whether football was part of that picture or not.

Then, in the summer of 2018, Waller was reinstated by the league, giving him an opportunity to continue his football career. He rejoined the Baltimore Ravens on the practice squad, then signed with the Raiders on Nov. 26. He had just six receptions for 75 yards that season, but with his new-found motivation and appreciation for life, that was just the start of what was to come. He began the 2019 campaign on an absolute tear and paced the Raiders in most major receiving categories through the first quarter of the season. His investment in himself led the Raiders to invest in him with a four-year extension last October.

Waller opened up to me that night in Atlanta — and later agreed to an on-camera interview — for one simple reason: I checked in.

He said: “You could’ve texted or called anybody, but you called me.”

I’m so honored that Waller trusted me with his story, and I take such value in the fact he showed me the real Darren. I now saw someone who, after hiding behind addiction for so long, reversed the course of his life by acknowledging a real problem. I saw someone whose vulnerability continues to shine through as strength.

Five years ago, the Darren Waller I knew was incredibly disengaged. Now, in his second act in the NFL — and, more importantly, his second act in life — I’m happy to say that couldn’t be further from the truth.

Donnarumma played the full 90 minutes at Celtic Park, while Hauge came off the bench to seal Milan’s 3-1 victory in Glasgow.

They have immediately entered isolation in their homes and the relevant local health authorities have been informed, the Italian club said. Celtic, who are due to travel to play Lille in the Europa League on Thursday, have already been without players due to coronavirus issues. 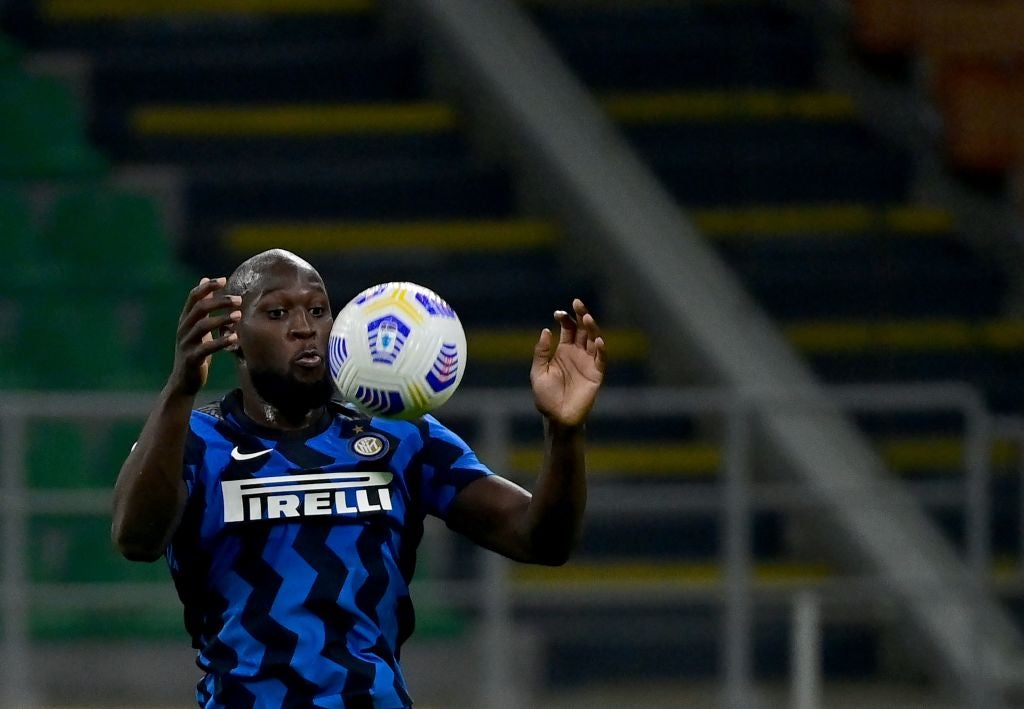 Samir Handanovic – 6. The Slovenian did well to deny Ibrahimovic from the spot, but the Swede scored the rebound. Helpless for the second.

Danilo D’Ambrosio – 4. He was beaten at will by Leao, and was booked for a challenge on Theo.

Steven de Vrij – 6. The Dutchman defended well in the second half, but Ibrahimovic dominated him in the first period.

Aleksandar Kolarov – 5. His performance echoed his veteran status, looking too slow throughout.

Achraf Hakimi – 7. The Moroccan got forward at will, and should have scored from a close-range header. However, his attacking mentality meant he was often caught out on the counter.

Marcelo Brozovic – 5. Booked for a soft foul, and failed to leave his mark on the game.

Arturo Vidal – 5. He was lucky to be on the pitch after an awful challenge on Theo Hernandez, and was otherwise non-influential aside from a brilliant pass to Hakimi.

Ivan Perisic – 6. His pace and direct dribbling was difficult to deal with, evidenced by his assist for Lukaku’s goal.

Nicolo Barella – 6. Linked up well with the front two, but it didn’t happen regularly enough unfortunately.

Romelu Lukaku – 7. The big Belgian striker tapped home, and he was the focal point of Inter’s attack.

Lautaro Martinez – 6. The Argentine was difficult to deal with, but he was erratic in the final third, often firing wildly. 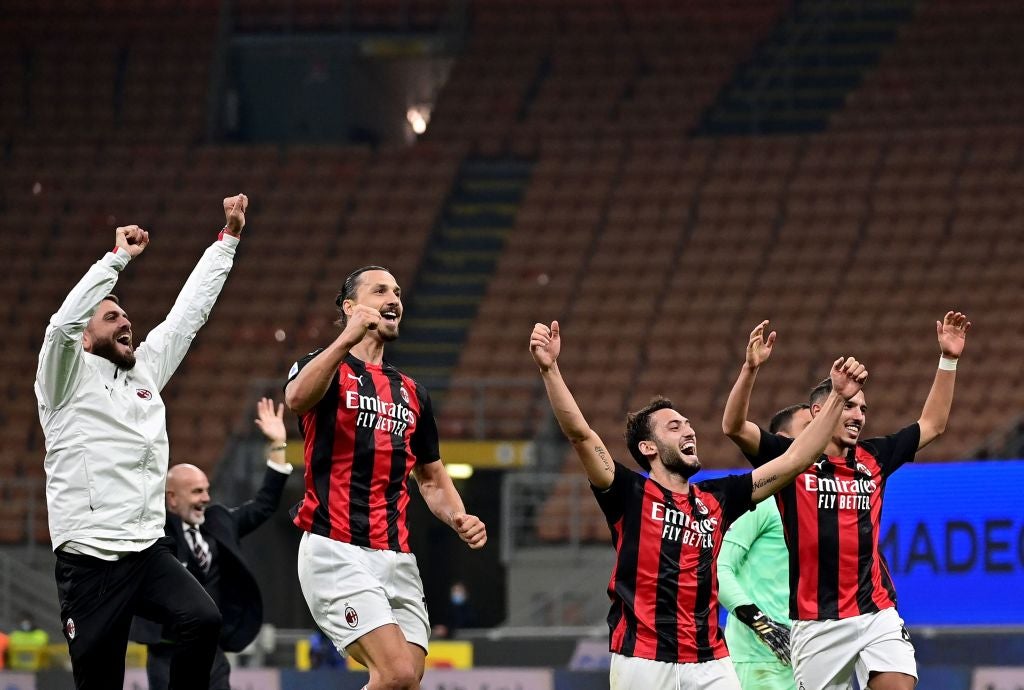 Gianluigi Donnarumma – 6. He had little to do, and didn’t get enough on Perisic’s cross that led to the Lukaku equaliser. Perhaps lucky to not concede a penalty for a rash challenge on Lukaku.

Davide Calabria – 7. The right-back was solid, and defended excellently against Perisic.

Simon Kjaer – 6. The centre-back was beaten consistently by Martinez, and was booked for a challenge on the Argentine.

Alessio Romagnoli – 7. The Italian made some excellent challenges on his return from injury.

Theo Hernandez – 7. The French wing-back offers an attacking threat, and was strong defensively as well.

Ismael Bennacer – 6. It was a composed performance from Bennacer, who helped ticket

Frank Kessie – 7. The midfielder was strong, outclassing Vidal in the battle of the holding midfielders.

Alexis Saelemaekers – 6. He made some good runs, but the young Belgian lacked maturity in his decision making.

Hakan Çalhanoğlu – 7. The Turkish international was excellent, running the show for Milan in the first half.

Rafael Leao – 7. A constant menace filled with tricks, the Brazilian was one of the most exciting players on the pitch. His assist for Ibrahimovic’s second was brilliant.

Zlatan Ibrahimovic – 8. The divisive maverick continues to impress, scoring twice in the first half. He led the line well, physically imposing himself throughout.