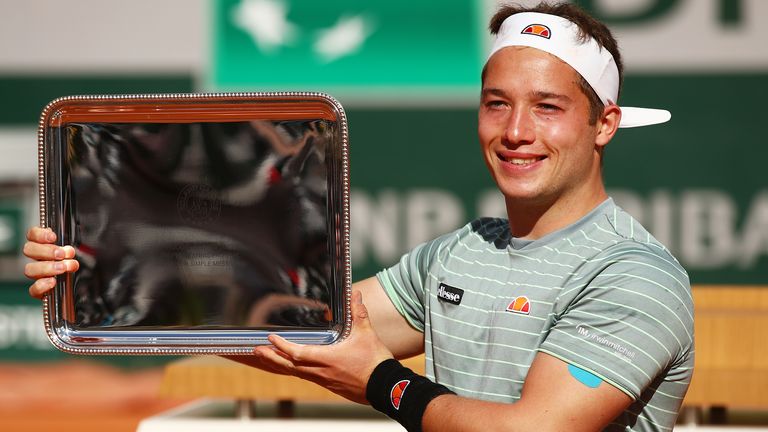 Alfie Hewett won his fourth Grand Slam singles title with a 6-4 4-6 6-3 victory over Belgium’s Joachim Gerard in the final of the men’s wheelchair singles at the French Open.

The British No 1 needed treatment to his left shoulder in the third set but fought back from 1-3 to secure a battling victory.

“I’d like to say congratulations to Jo and your team. I know it wasn’t to be today but congrats. It was a tough final,” Hewett said after winning in two hours and 36 minutes on Court Suzanne Lenglen.

“I hope to get a good pizza tonight to celebrate. I think me and my left shoulder are ready for a break.”

The win secured a Roland Garros double for 22-year-old Hewett, who also lifted the doubles trophy with Scot Gordon Reid on Saturday.

Gerard, 31, was playing in his second major final after losing in the Australian Open final four years ago.