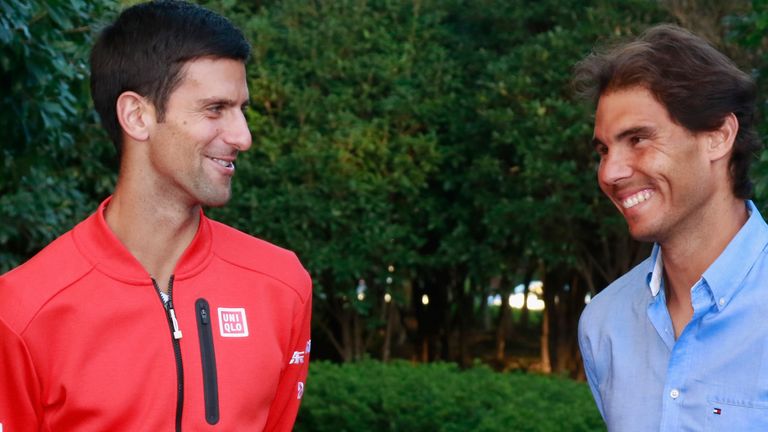 Novak Djokovic and Rafael Nadal will clash for the 56th time in the French Open final on Sunday.

Djokovic leads 29-26 and is looking to win an 18th Grand Slam title, while Nadal can equal Roger Federer’s all-time record with a 13th victory at Roland Garros.

They will contest their ninth Grand Slam final in Paris on Sunday. The duo have split their previous eight major finals, winning four each.

Here, we pick out five of their most memorable battles. The Caja Magica was the venue for one of the greatest three-set matches in men’s tennis history. Djokovic was bidding for his first win over Nadal on clay and held three match points but, after four hours and two minutes, it was the Spaniard who came out on top.

Their first major final clash saw Nadal win in four sets to complete the career Grand Slam. Djokovic had won an epic semi-final against Roger Federer and in the end could not quite match his rival, while, perhaps in an omen for this tournament, strong serving from the Spaniard was a key factor. This was a contest that cannot be forgotten. The two men battled each other to exhaustion over five hours and 53 minutes, the longest Grand Slam final in history. Chairs were brought out so they did not have to stand during the trophy ceremony. Djokovic had been getting closer to Nadal at Roland Garros and this was the match that saw them meet as equals. Djokovic led by a break in the decider as he chased the title he wanted more than any other but was penalised for leaning over the net at a key moment and could not hold on. 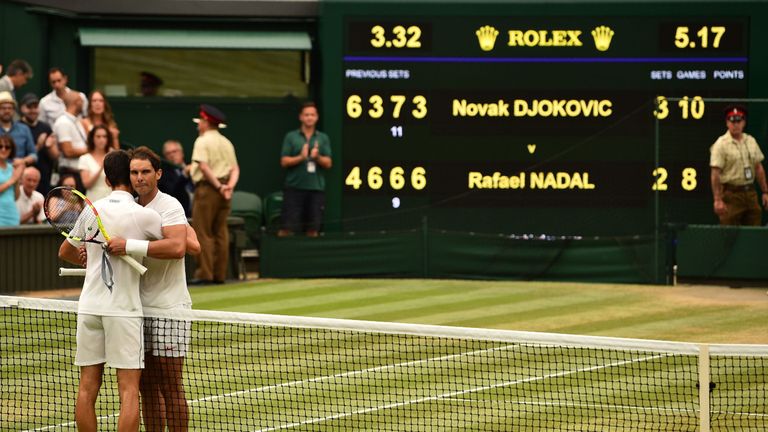 This was another classic played over two days because of the epic battle between Kevin Anderson and John Isner that preceded it. When play was called off for the night, Djokovic had won a third set he looked set to lose. Nadal broke twice in the fourth set to send the clash into a fifth set which had plenty of twists and turns until the Serb converted his second match point to edge a dramatic decider.

Their last meeting in a Grand Slam was in the final of the 2019 Australian Open which was their first meeting in a major final for five years. Djokovic played what he later described as his best quality of tennis as he steamrollered Nadal 6-3 6-2 6-3.

Djokovic vs Nadal: Tale of the Tape