Rafael Nadal insists he’s happy with his performance at the Paris Masters despite losing to Alexander Zverev on Saturday and will now turn his focus on the ATP Finals. Nadal has long struggled in indoor hardcourt events and that proved true once again in the Paris Masters semi-finals.

Coming up against a man in form, Nadal found it hard trouble Zverev as the latter going on to win 6-4, 7-5.

Now the 20-time Grand Slam champion has a week to prepare for the season-ending ATP Finals, which have also been an unhappy hunting ground for him.

He’s only reached the final on two occasions, losing both in 2010 and 2013 to Roger Federer and Novak Djokovic respectively. 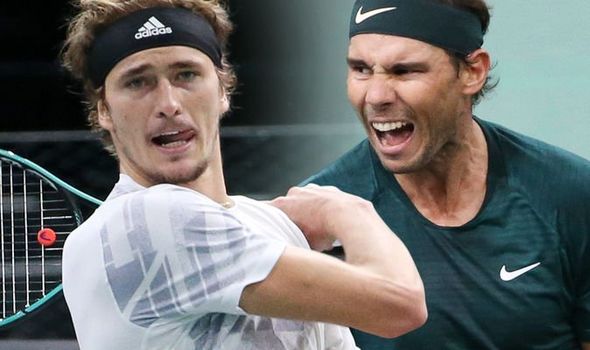 But Nadal leaves Paris confident that his game is in the right place to give him the best chance of winning in London later this month.

“I spent hours on court,” Nadal told reporters of his Paris Masters campaign.

“Of course I wanted to win the tournament, but it’s always difficult.

“But I had the right attitude during the whole event, I think, fighting in every match.

Tennis in lockdown: Can you play tennis during lockdown?

“That gave me the chance to play four matches that I think that will be helpful for London.

“I need to adjust a couple of things, but I am doing well on all the important things.

“So let’s see. I have one week and a little bit more to keep working, and I hope be ready for it.”

Despite being disappointed with the loss, Nadal paid credit to Zverev for his performance. 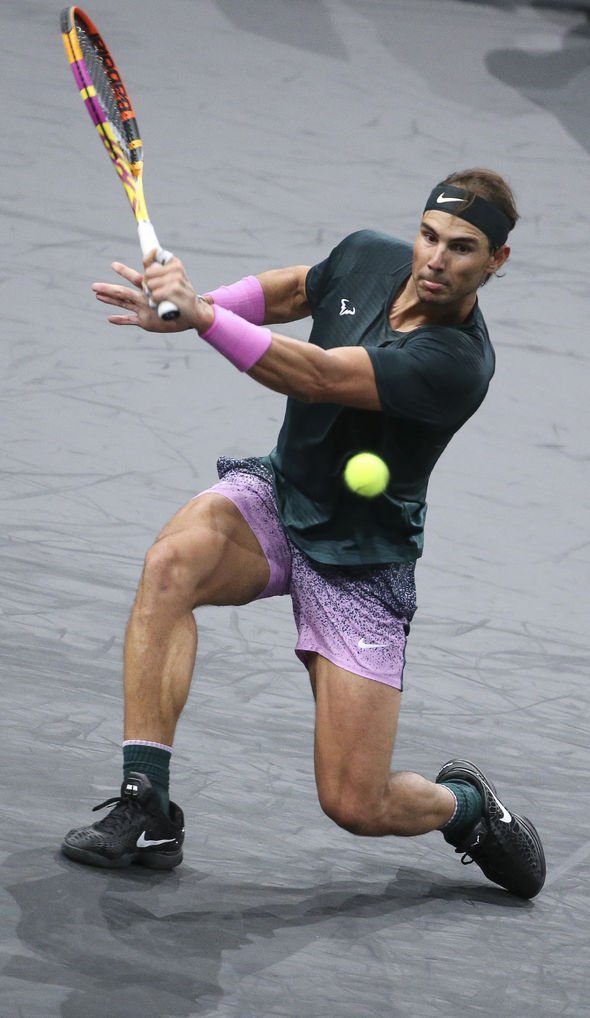 “I have been competitive, I have been there until the end against a player who is playing great on a surface that he’s winning a lot. So [it] has been a positive tournament for me,” Nadal said.

“Of course, not happy about the loss, but that’s part of the game.

“I played against a great player, and I accept the defeat. He played a little bit better than me.”

Tags: autoplay_video, Pa, Rafael Nadal
You may also like:
Recent Posts
This website uses cookies to improve your user experience and to provide you with advertisements that are relevant to your interests. By continuing to browse the site you are agreeing to our use of cookies.Ok