Rafael Nadal booked his place in the ATP Finals last four last night after edging Stefanos Tsitsipas in a thriller at the O2 Arena and pundit Mark Petchey could not help but reflect on the prospect of the Spaniard’s retirement. He was pushed all the way by the Greek in London and will now take on Daniil Medvedev in the semi-finals tomorrow following his 6-4 4-6 6-2 triumph.

After the game, Nadal gave an emotional interview which cast light on the difficulties of playing without fans.

Yet the 34-year-old remains determined to continue fighting for the top prizes until supporters are given the green-light to return.

The interview offered the perfect moment for reflection in the Amazon studio, following a fine day of action at the O2.

When asked for his highlight from proceedings, pundit Petchey revealed his pleasure at watching Nadal at the top of his game, citing that his retirement is slowly creeping up on us. 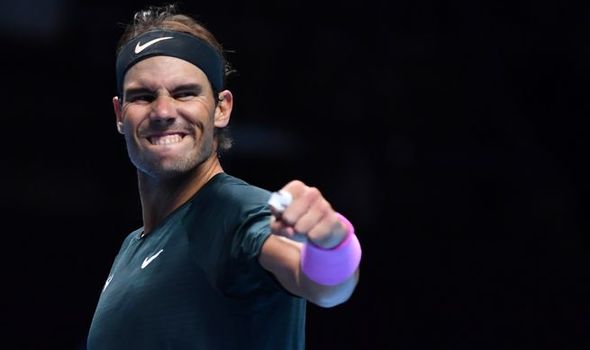 He told Prime Video: “I just think watching Rafa is always a treat.

“I kind of feel that we are ticking down and we don’t want to hurry him off into retirement.

“But he’s probably only got two or three great years left in him. So for me, watching him will always be a memory.”

Nadal has now spent 790 consecutive weeks in the top 10 of the ATP world rankings, surpassing the legendary Jimmy Connors’ record of 789 weeks in a row.

He has been in the top 10 ever since winning the Barcelona Open, back in April 2005.

Former British No 1 Tim Henman is adamant that Nadal’s continuous resilience when battling injury problems, makes the record even better.”It is a phenomenal achievement but for me, what makes it extra surprising is that he’s had injury trouble,” Henman said on Amazon Prime Video.

“There’s been plenty of times where he’s been out for three, four, five months, whether it’s been the knee or the wrist.

“Therefore you’d think the way the ranking system works, with the points staying on for 52 weeks, there’d be periods where he loses a lot of ranking points, but that just hasn’t been the case.” 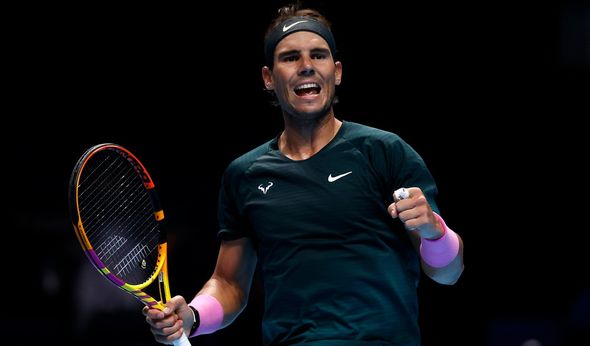 Nadal recently revealed he has no plans to call time on his glistening career, after winning his record-equalling 20th Grand Slam at Roland-Garros in October.

“Well, the physical part is very important when it comes to assessing whether or not you can continue to be competitive,” Rafael Nadal told El Periodico.

“I think that, if the injuries respect me, I do not see, at the moment, a reason why not to continue competing.

“If one has pain every day and life, training and competition become a continuous suffering, it is evident that it will have to be considered.”

Tags: autoplay_video, R, sports, Tennis
You may also like:
Recent Posts
This website uses cookies to improve your user experience and to provide you with advertisements that are relevant to your interests. By continuing to browse the site you are agreeing to our use of cookies.Ok